Cotechino is a cooked sausage that is widespread throughout Italy, especially in the northern regions where it comes from and where it is firmly established in the culinary tradition. Its name derives from cotica, or pork rind. In fact, it is produced using the meat and rind of 100% Italian porks.

Cotechino, like zampone, is the star of all Italians’ winter dinners, especially during the Christmas and New Year’s eve period. Tasting pre-cooked Cotechino is a unique experience for the palate: once tasted, it will take you back in time to the kitchens of the past. It has an intense and spicy aroma, and a savoury and strong taste: aspects that make it tasty and unique.

According to tradition, precooked Cotechino is eaten on New Year’s Eve together with lentils as a wish for good luck and prosperity in the new year. It has an intense, strong flavour and is perfect with side dishes such as lentils or mashed potatoes. Obviously, with the right wine, the taste of Cotechino is even more special. We recommend a full-bodied red wine such as Lambrusco di Sorbara DOC: perfect to enhance the flavour of this sausage.

The mixture of precooked steamed Cotechino consists of lean meat, fat meat and pork rind. The proportions in which they are present depend on the producer’s preferences, so they are not the same everywhere. The recipe that we have been handing down in the company for generations involves choosing the best raw materials and balancing them according to the company’s secret recipe, which makes it very digestible unlike many other products on the market. The salt, pepper and spices needed to flavour the mixture are then added. It is then stuffed into a natural gut casing. It is then tied by hand, placed in an aluminium bag and cooked in a steam oven for about seven hours and left to cool.

How do you cook pre-cooked steamed Cotechino? Here are two ways to cook it:

The homeland of Cotechino is Emilia-Romagna. In fact, it is thought to originate in the Modena area. Modena, however, is not the only city where the tradition of Cotechino is rooted; Ferrara, Cremona, Mantova, Reggio Emilia and Parma are also famous for this culinary tradition. And between cotechino and zampone, which came first? From historical evidence, Cotechino is older than zampone. It seems, in fact, that zampone originated as an improvised variant of Cotechino. We leave it up to you to choose which is the best!

Store in the refrigerator and consume by the indicated expiry date. 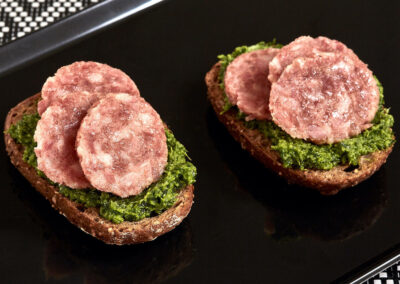 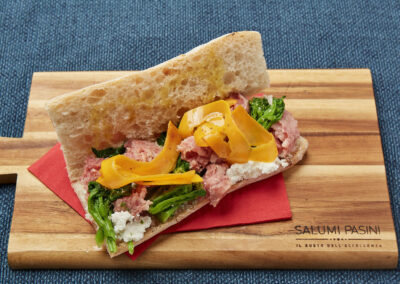 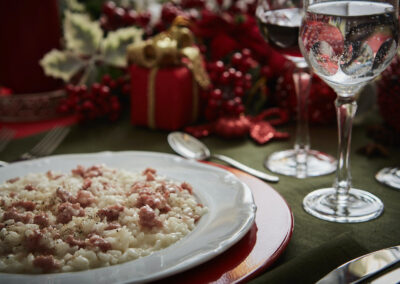 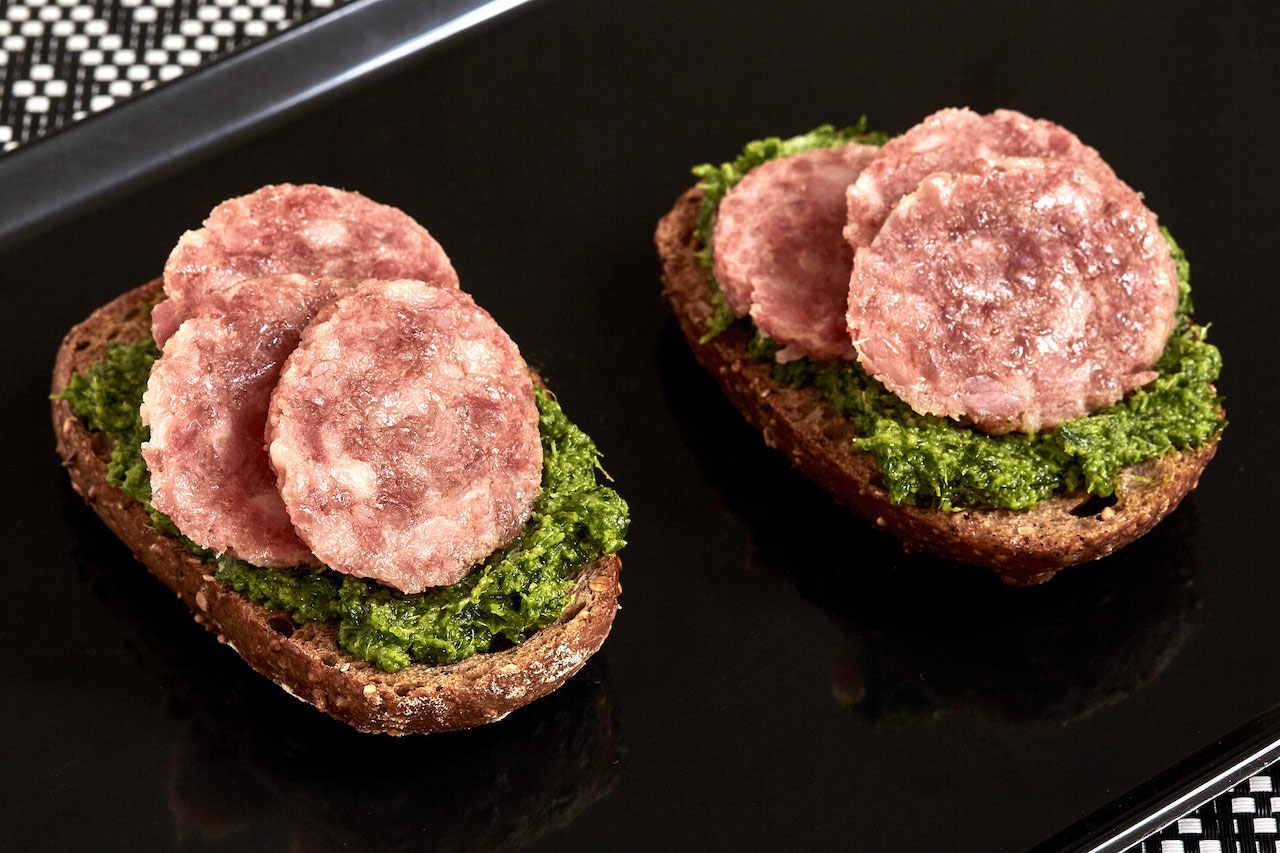 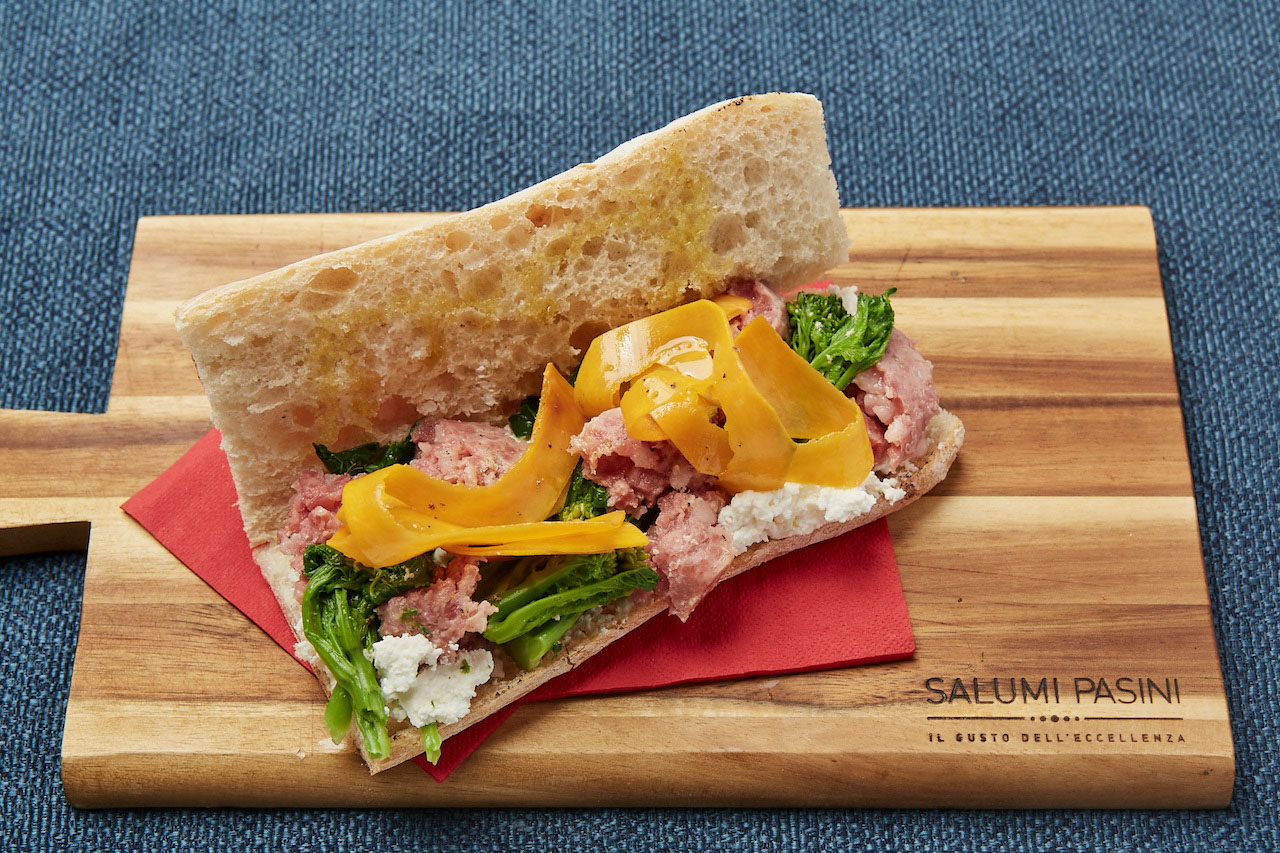 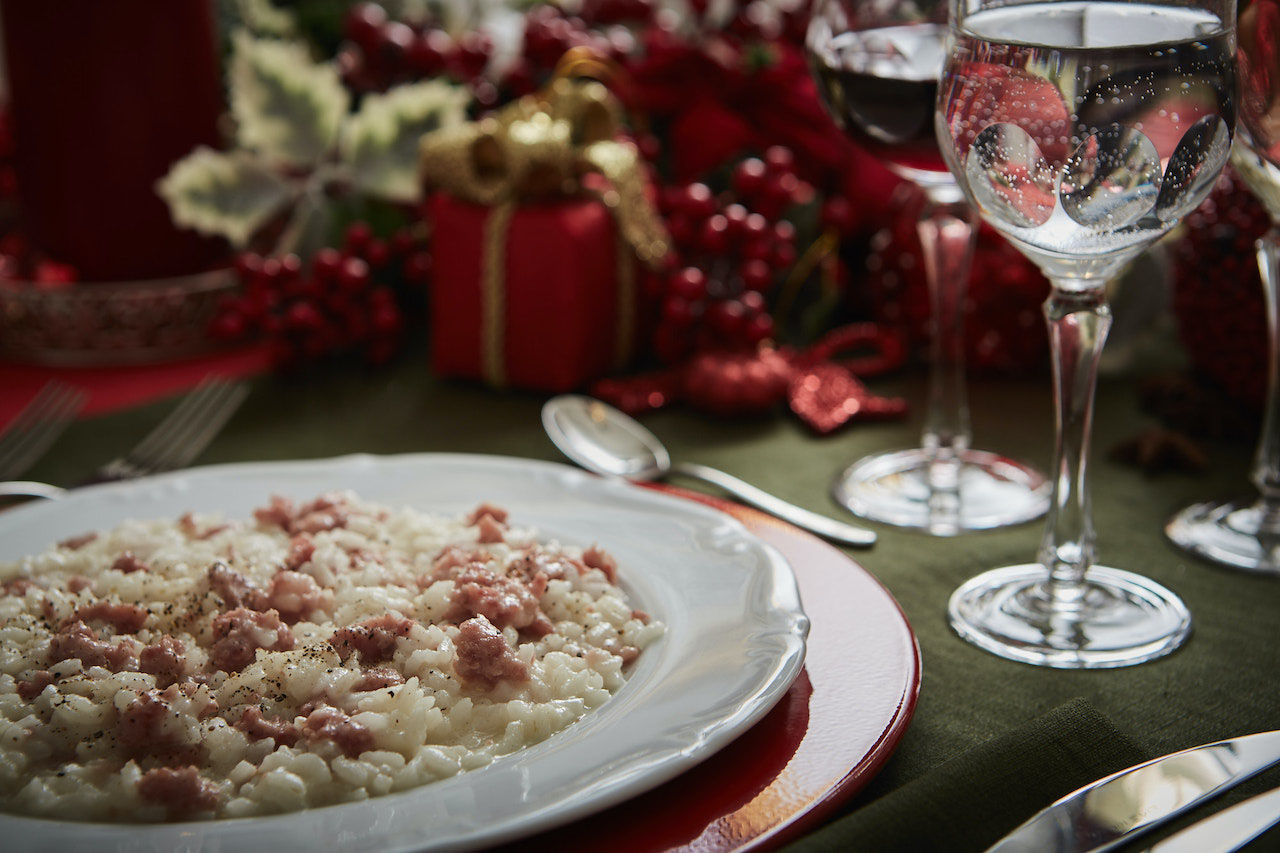