Gorgonzola PDO is a soft and creamy cheese made from whole cow’s milk and characterised by a delicate and homogeneous marbling throughout the slice. The sweet Gorgonzola PDO was born as the “younger brother” of the traditional Gorgonzola PDO, which today is called spicy, but quickly became the most popular version among consumers. The main difference between sweet and spicy Gorgonzola is the higher whey content, which makes the taste more delicate and the paste softer and more spreadable. It is precisely because of this characteristic that it cannot stand long maturing periods, thus being characterised as a semi-fresh cheese.

The sweet Gorgonzola, in fact, is subjected to a maturation of about 50 days, while the spicy one is obtained with a maturation of at least 80 days. In addition, the latter is more consistent than the former and has a higher rate of blueing. Sweet Gorgonzola PDO should have a white straw colour with blue-green streaks due to the process of blueing, i.e. the formation of moulds generated by the addition of penicillium spores to the milk. This cheese has a unique sweet flavour which, combined with its creaminess, guarantees a great tasting experience.

Sweet Gorgonzola PDO is perfect for use in a variety of recipes and combinations with various foods. A classic combination is with mascarpone cheese, which enhances the flavour thanks to its sweetness, with pears and with walnuts. It is also excellent with polenta: simply place a slice of gorgonzola on the plate and cover it with steaming polenta. At this point the heat will do the rest, melting the Gorgonzola and releasing all its flavour. Even the simplest combinations show all the personality of sweet Gorgonzola PDO: spread on a slice of white bread it is excellent and extremely tasty. As wine, we recommend a combination with full-bodied and aged red wines and with sweet and liqueur wines.

The production process of sweet Gorgonzola PDO is very similar to that used for stracchino. Initially, common ferments, yeasts and penicillium culture are added to the milk: the species used are roquefort. This is followed by the stages of adding rennet, coagulation, breaking the curd, placing the curd in the mould, moulding, salting, maturing and ripening. During this last stage, small holes are made in the mould so that the mould can develop.

The sweet Gorgonzola PDO originates from the province of Milan and its surrounding areas. In particular, it was born in Gorgonzola, the Lombard town that gave it its name. A legend says that a cowherd, upon arriving in Gorgonzola, left some curdled milk in a container and, subsequently, not having the necessary tools to process the milk with him, added another curd to the first curd. After several days, he seems to have realised that he had obtained a very appetising cheese with green and blue veins. Today, sweet Gorgonzola PDO is only produced in Lombardy and Piedmont.

Store in the fridge 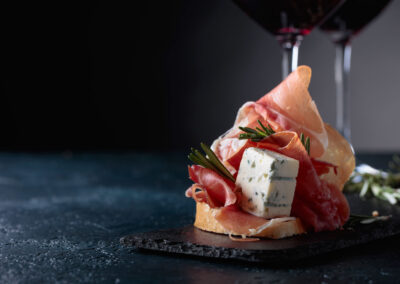 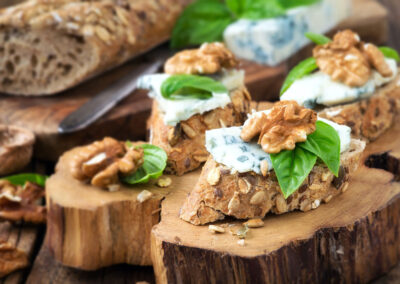 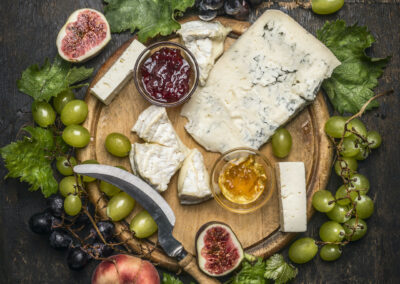 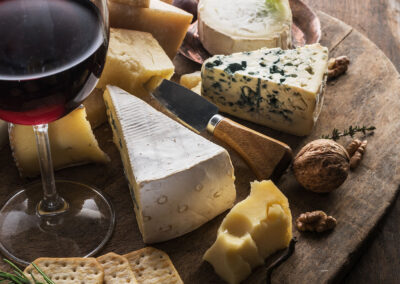 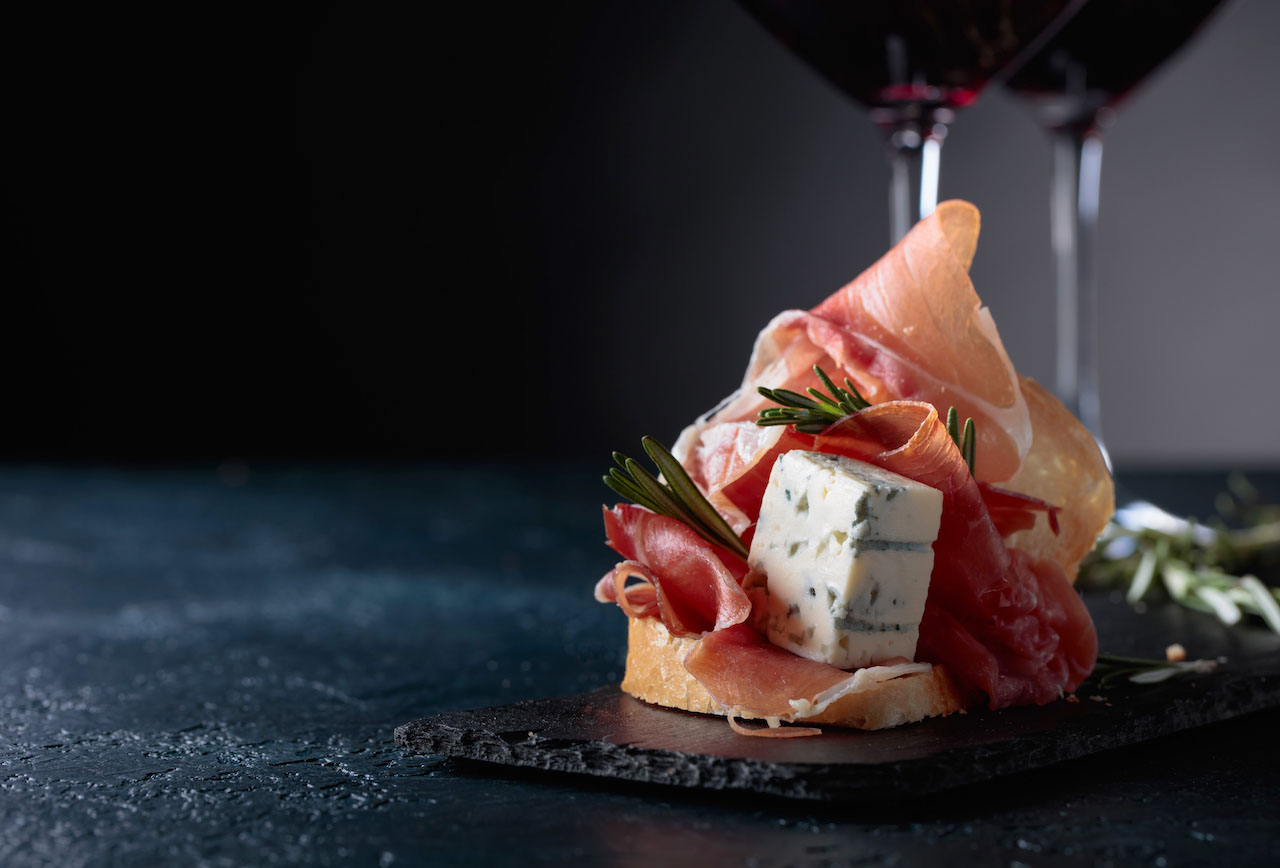 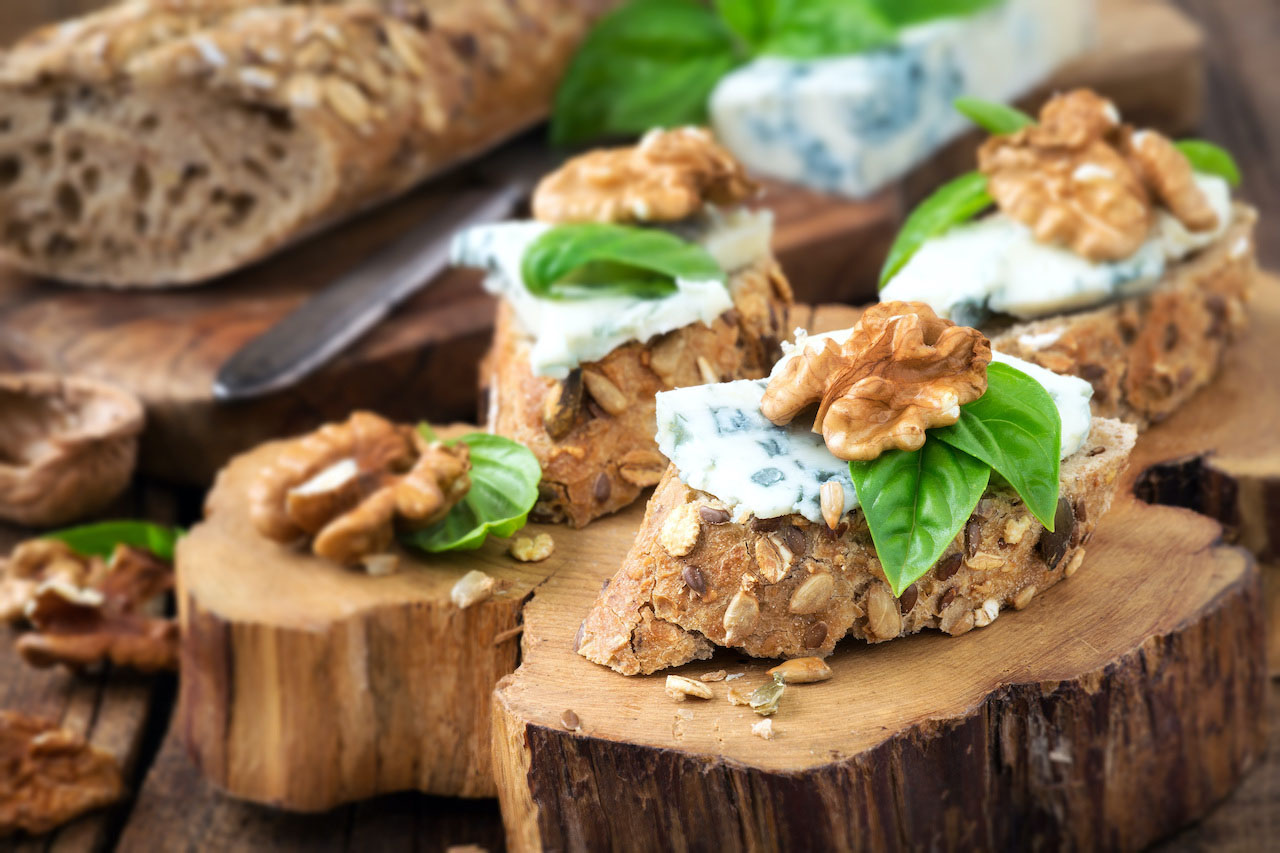 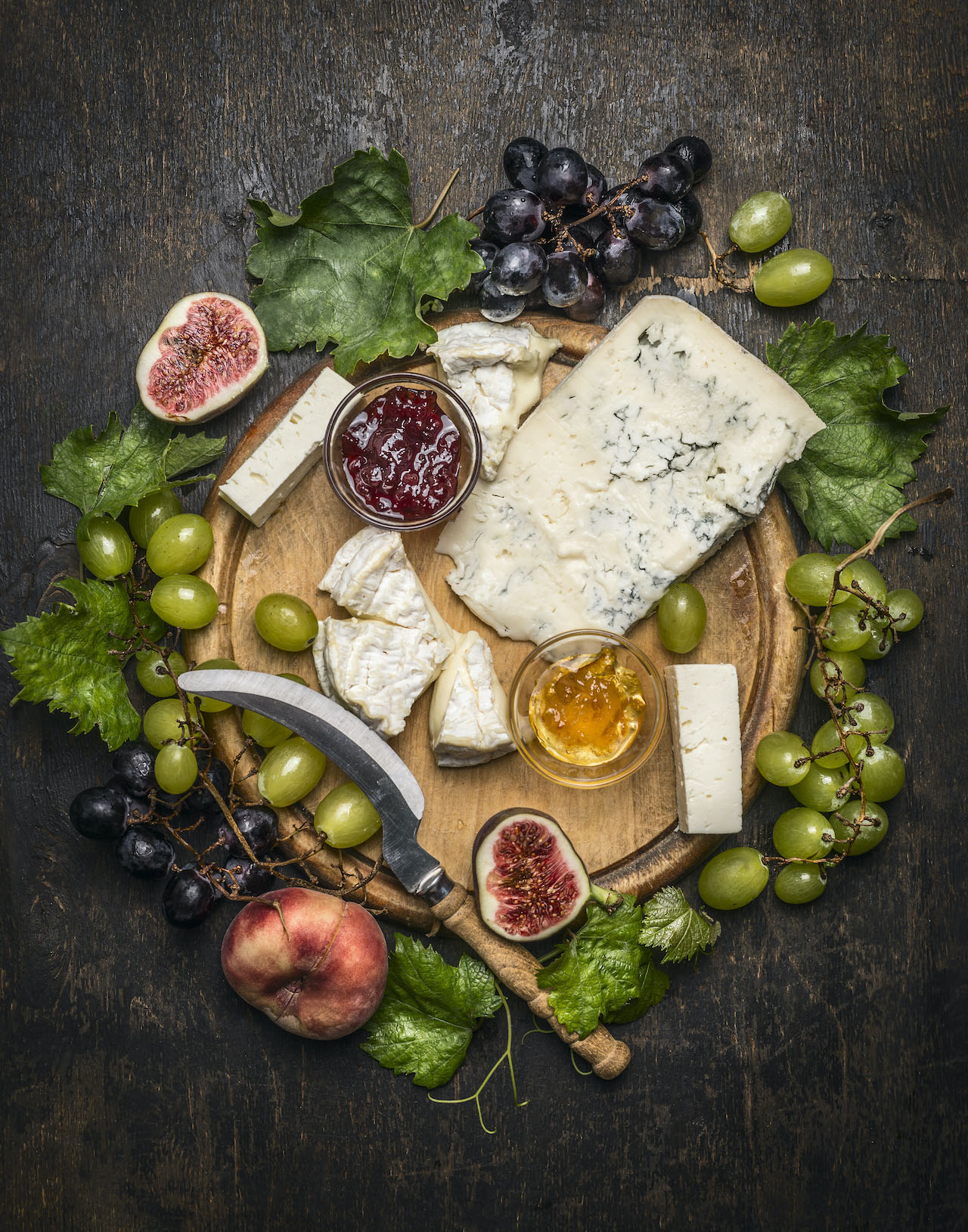 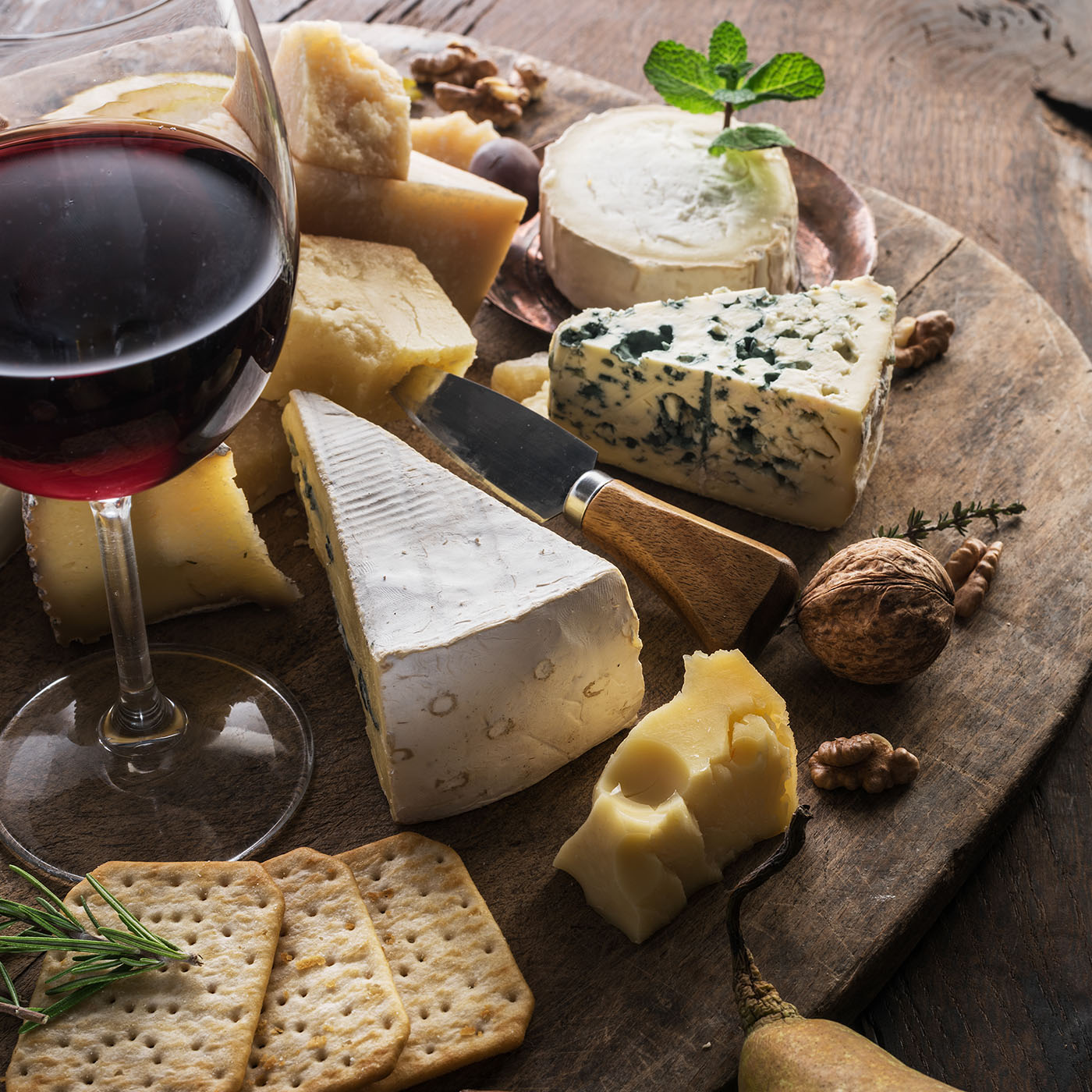