Bavarian Emmental is a typical cheese of Bavaria, Southeastern Germany, made from cow’s milk.

Emmental is a matured semi-hard, ivory-coloured cheese with a very hard crust, often removed before packaging. Its distinguishing features are the 3cm large holes, that form during the maturing process.

It is a very energetic food, rich in both fat and protein. It also has an excellent supply of minerals, especially calcium and phosphorus.

There are different types of Emmental:

Swiss Emmental: this is the best known and most widespread type. It is also the first that appeared on the market. In fact, the name ‘Emmental’ comes from its area of origin, the Emmental valley in the Bern region, in the Central Alps. There are three types of Emmental:

How best to enjoy it

Emmental is a very versatile cheese that can be used in many different ways. Thanks to its sweet and aromatic taste, it combines perfectly with cherry tomatoes, pears, and walnuts.

It is perfect to be eaten cut into small dice or served with cold cuts and bread as an appetiser. It is also great when used to add flavour to soups, meat dishes, or baked au gratin vegetables. It is also the main ingredient to make a tasty traditional fondue.

How to pair it

We recommend pairing this cheese with an aromatic, medium-structured white wine such as Trentino Pinot Grigio DOC.

Keep in the fridge 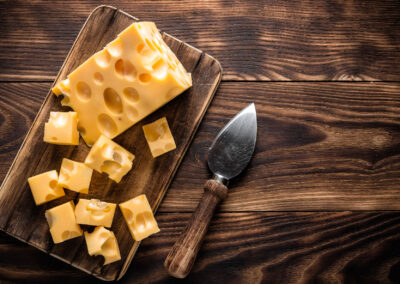 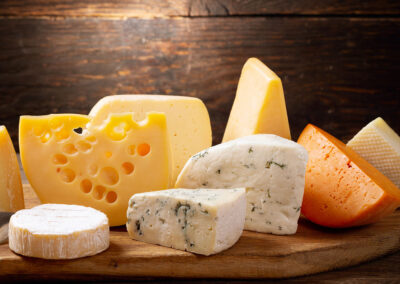 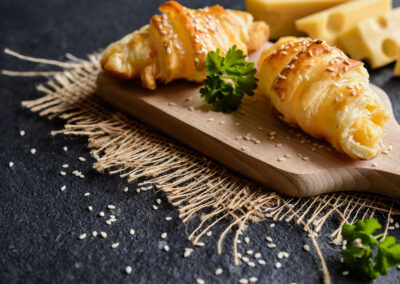 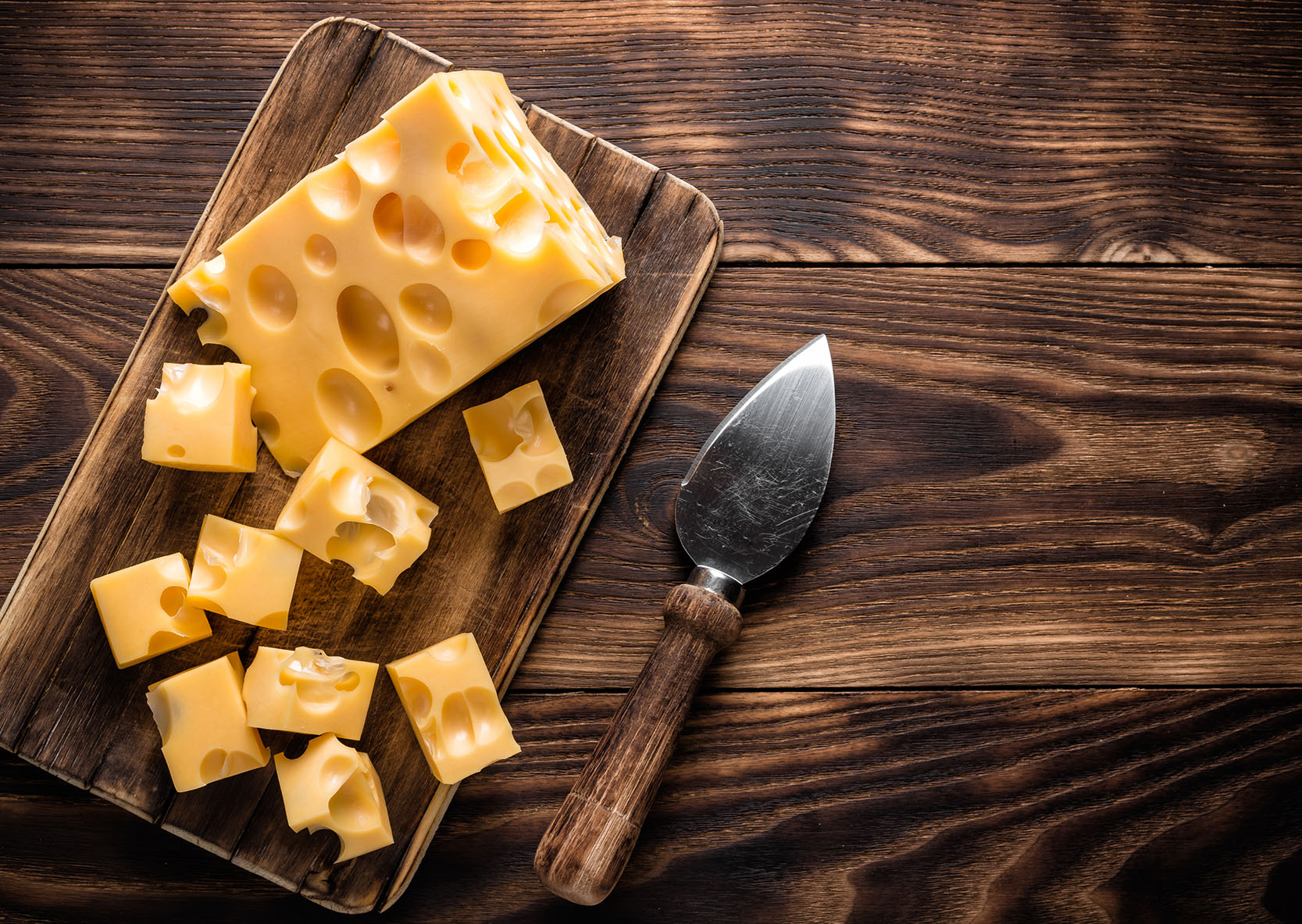 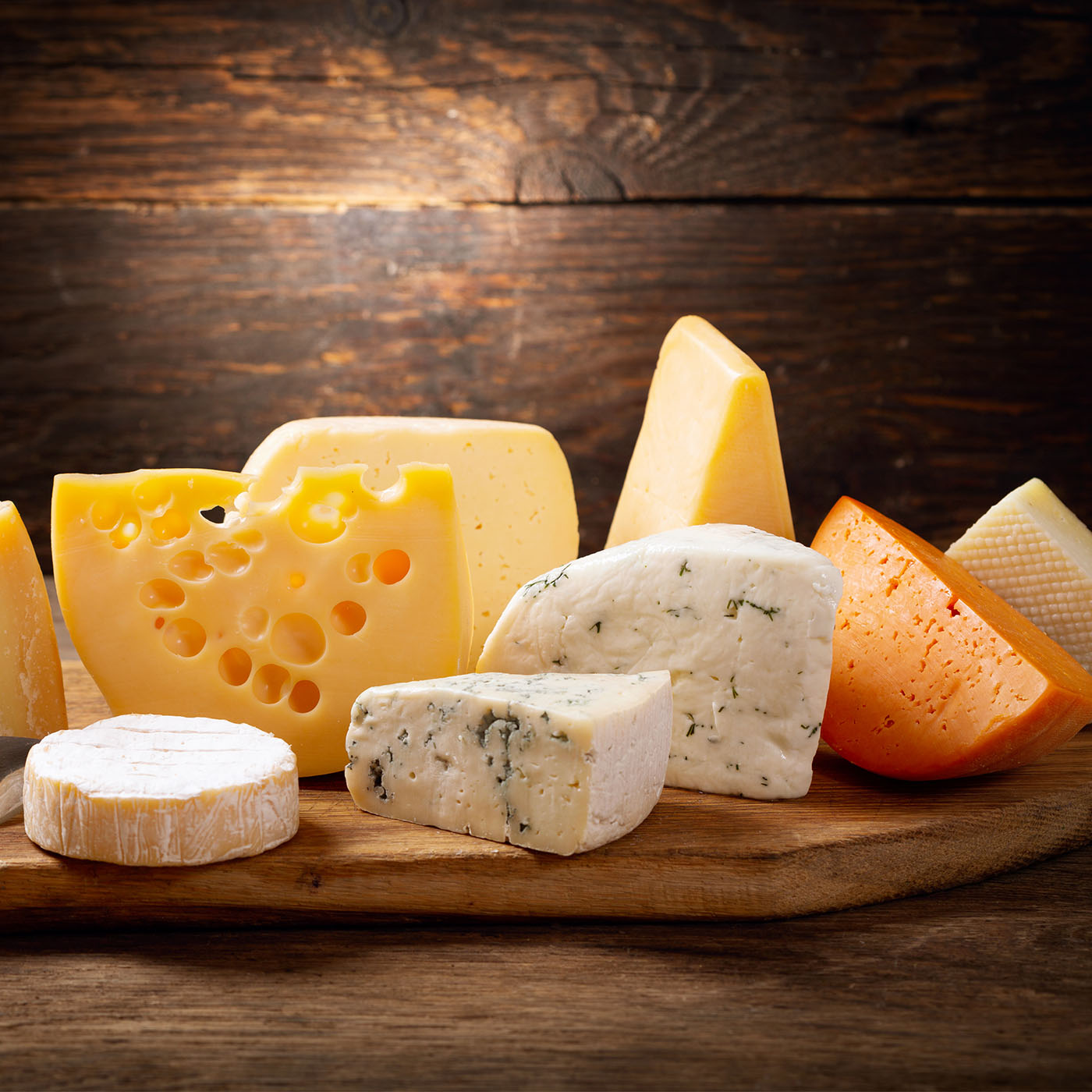 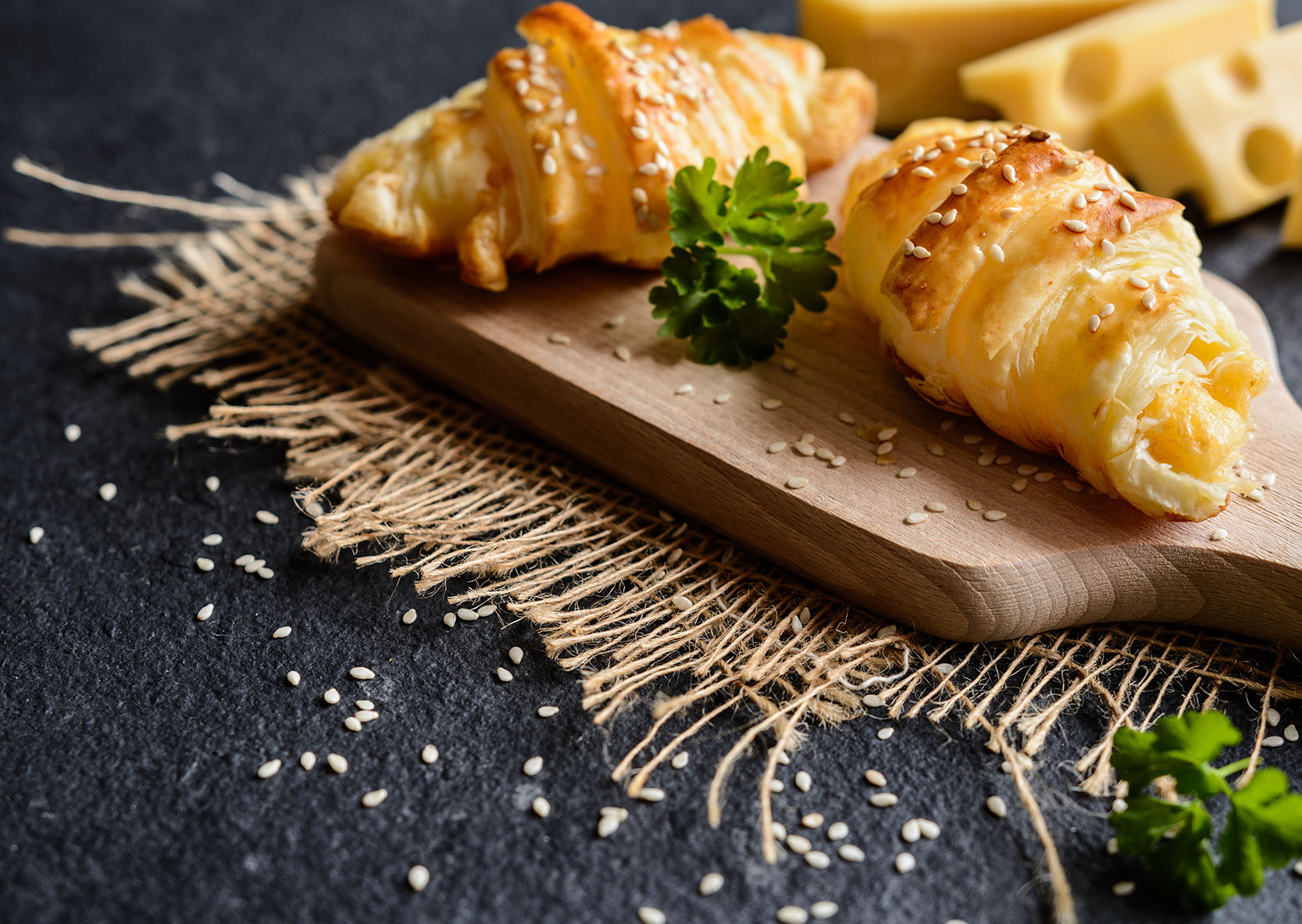