When we created our Big Trays Mix we thought of all the occasions in which you can enjoy delicious cold cuts, bringing to the table the taste of the Italian gastronomic tradition. Our pack is perfect for those who want a quick lunch break, always different and, above all, tasty; but also for those who never want to run out of ideas and variety for their home aperitifs.

The Country salami is made from a balanced combination of meat from exclusively Italian porks, salt, pepper and selected seasonings. After being hand-tied, as tradition dictates, it undergoes a slow maturing phase thanks to which it takes on its unique flavour.

Cooked ham comes from the selection of the best pork thighs and is produced from pigs born, bred and raised in Italy. We produce it following the secret recipe that we have been handing down in the company for three generations and that allows us to give it its inimitable final taste.

This cold cut is made from one of the leanest parts of the pig, the loin, to which salt and spices are added. The secret of our pork bresaola lies in the fact that we massage the product with Bonarda dell’Oltrepò Pavese DOC wine together with aromas and spices, a massage that also helps the meat to tenderize. Finally, it undergoes a maturing phase that lasts about 90 days.

Roast turkey is made only from 100% Italian turkey meat which, after the addition of salt and seasoning, undergoes a slow steam cooking process. It is a light product with a low fat content and a unique, fragrant flavour.

Very few ingredients are used in the production of cured ham: just the pork thigh and salt. In fact, the chosen cuts are salted with a manual massage, left to rest so that the salt penetrates deeply and then left to mature for several months in special temperature-controlled places.

It’s a typical cold cut of Northern Italy, in particular of Valtellina and Val Chiavenna. Bresaola punta d’anca is produced with the muscle mass of the bovine thigh, one of the most valuable cuts. After being dry salted with salt, pepper and herbs, it is stuffed into a natural gut casing and left to dry and mature for a period varying between 4 and 8 weeks.

This cold cut is produced from selected cuts of meat which are “dry salted” and left to rest. Then, after the resting period, the coppa is stuffed into a natural gut casing, tied by hand, according to tradition, and undergoes the maturing phase which lasts at least 60 days.

This is a typical cold cut from Trentino, made from selected pork meat to which salt, pepper and juniper are added. In order to give it its unique and inimitable taste, it is placed in a special room with beech wood shavings and juniper berries. It is then subjected to the maturing phase which takes place in the mountain air and lasts about 4 months.

Mortadella is a typical cured meat from Emilia-Romagna, made from selected cuts of pork. Mortadella takes on a cylindrical shape and an extremely characteristic pink colour. It is also characterised by an unmistakable aroma: intense and slightly spicy.

This is a typical cold cut from central Italy, made from selected pork. The selected cuts are processed with salt, pepper, herbs and spices. After tying, the suckling pig is baked in the oven at a constant temperature so that it takes on its unique flavour.

Packaged in a protective atmosphere. Do not puncture the packages. Store at temperatures between 0 ° C and + 4 ° C. Once a package has been opened, consume preferably within 2 days. 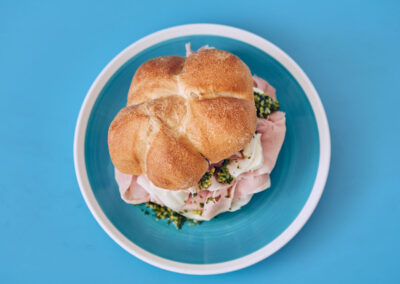 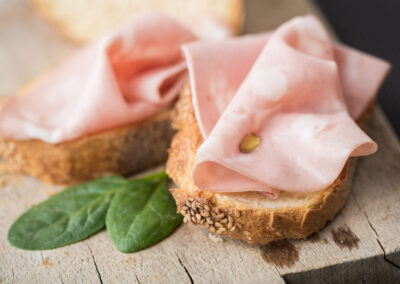 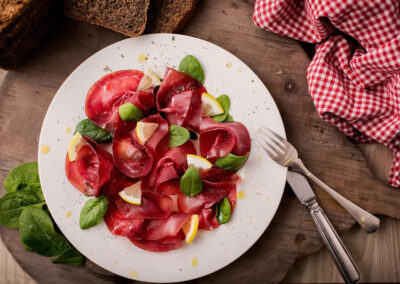 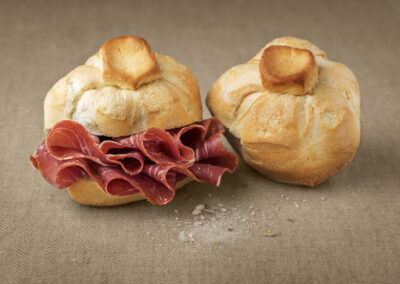 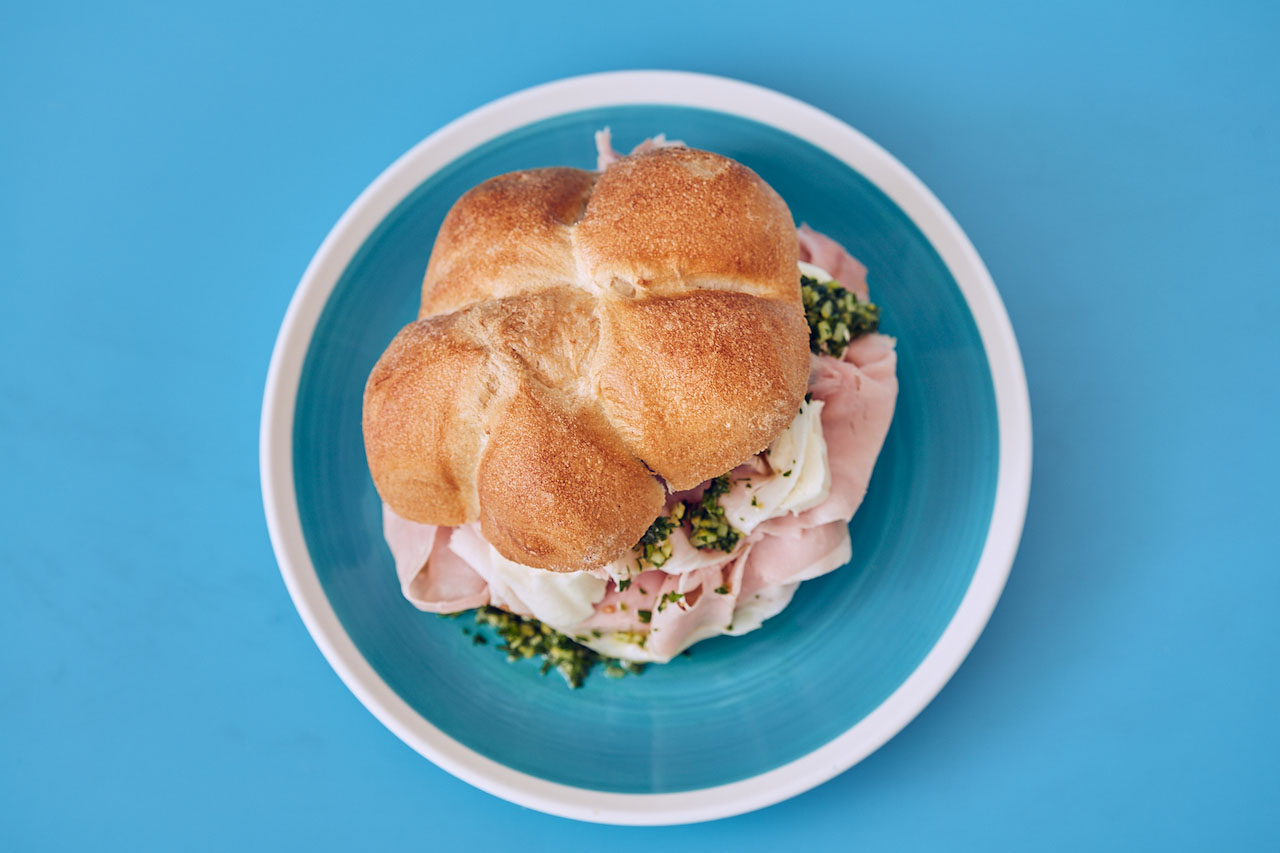 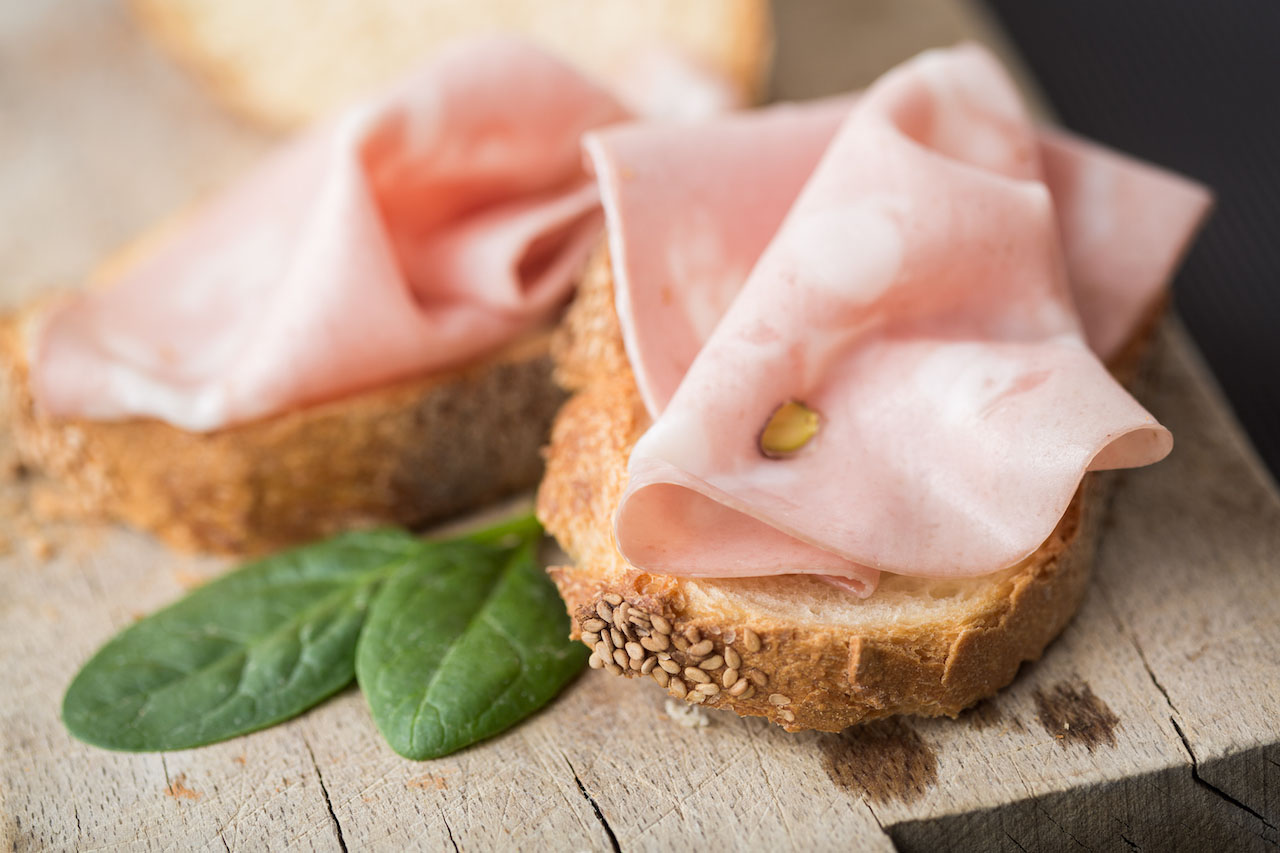 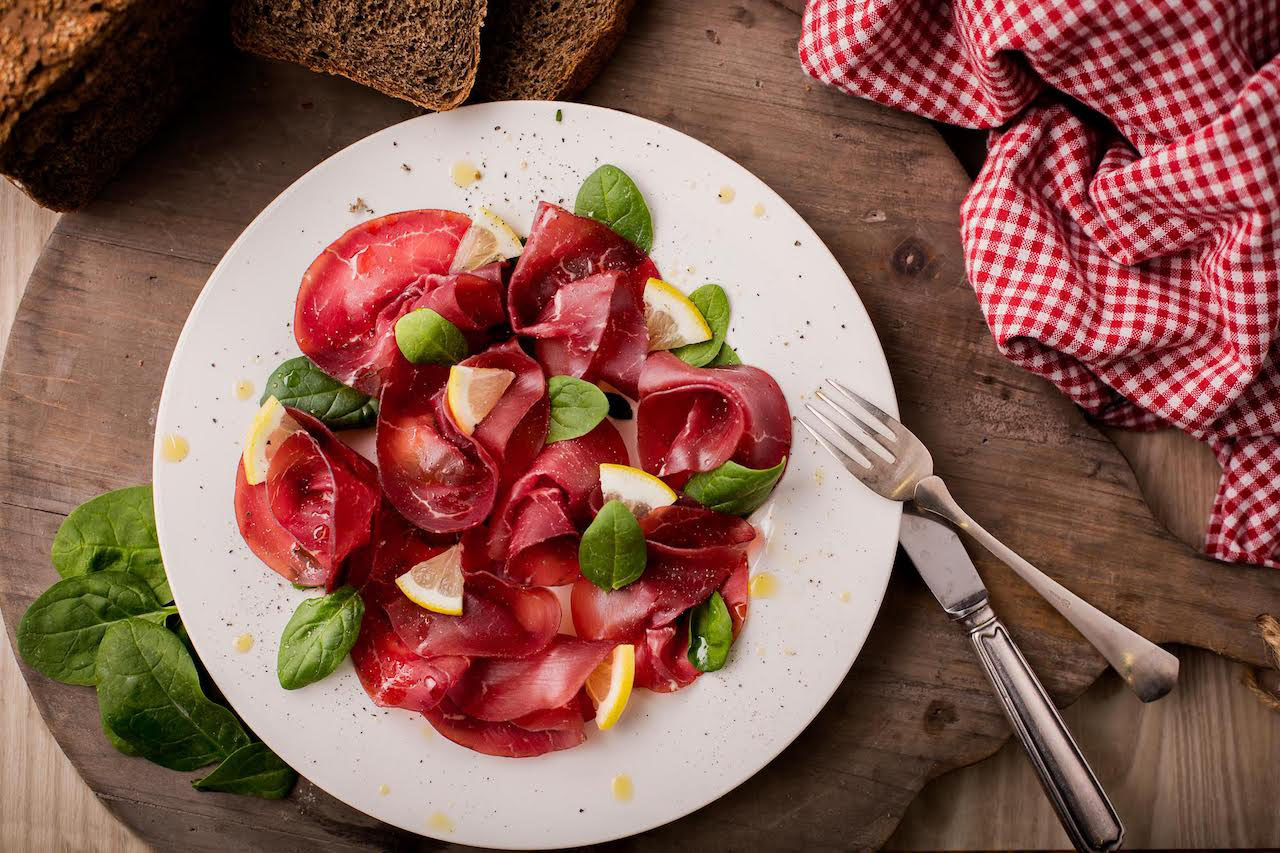 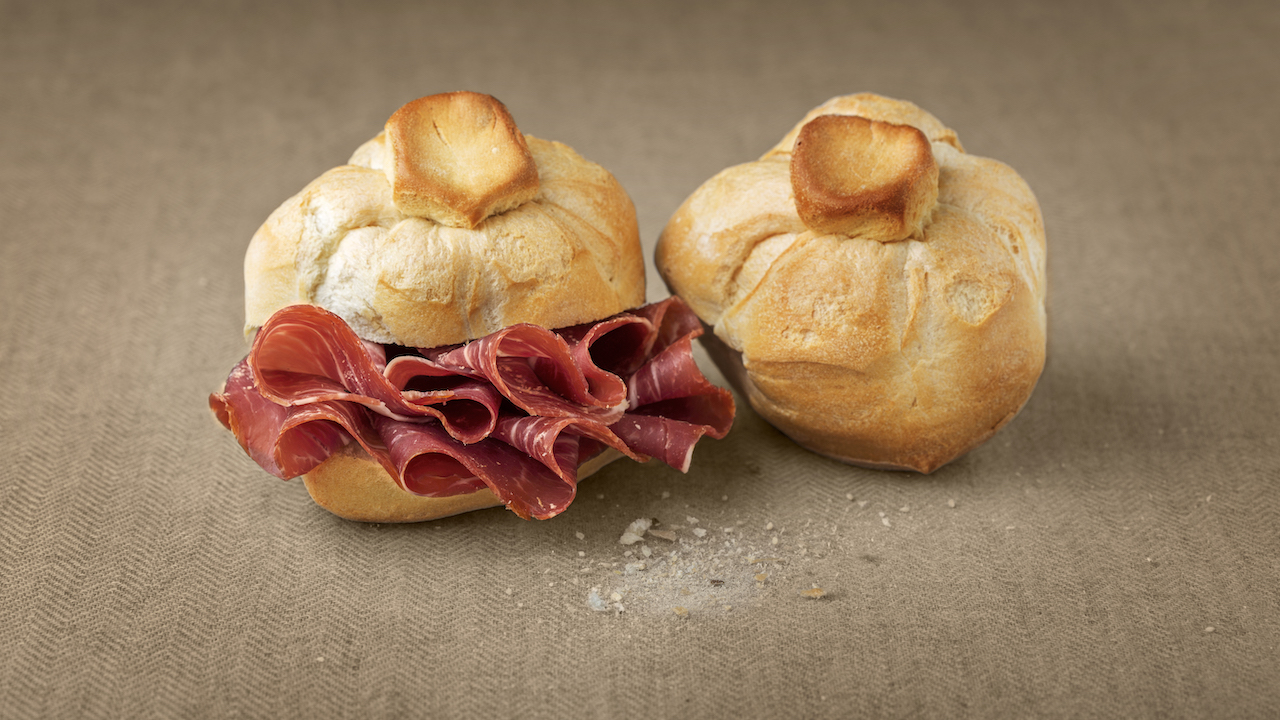