Fiocco ham is a typical cured meat of the Italian gastronomic tradition, in particular of Emilia-Romagna. In fact, the production area of this cured meat is mainly located in western Emilia: in the lowlands of Parma and in some areas in the province of Piacenza.

Fiocco ham is obtained from the same pork thigh from which Culatello also comes from; in fact, it was once mistakenly called Fiocco di Culatello. The cut of meat from which Fiocco ham comes from is the smaller piece of meat on the side of the femur. It comes from the smaller cut of meat obtained from the hind pork thigh. In the pork, the position of the femur is asymmetrical, therefore, at the end of the boning process, two cuts of meat of different sizes are obtained:

This product has a fragrant aroma due to the slow maturing process. Its taste, on the other hand, is sweet, delicate and not very salty. Fiocco ham is excellent eaten on its own, either plain with two slices of bread or with warm bread topped with a knob of butter. To enjoy it at its best, we recommend not slicing it too thinly and trimming it as it is sliced, so that it retains the right consistency on the palate and does not dry out prematurely. The perfect wine to pair with this delicious cold cut is a lively white wine such as the dry Malvasia Colli Piacentini DOC.

The production method of Fiocco ham is similar to that of Culatello. After boning, the cut of meat is tied so that the meat adheres perfectly and is then subjected to the trimming of the piece, so that the cold cut takes the desired shape. The next step is salting, which is done by hand. Finally, the process ends with the seasoning phase which lasts at least three months and takes place in rooms with constantly controlled temperature and humidity. In this way the Fiocco ham takes on its typical aroma and flavour.

Fiocco ham is part of what are called the “salumi delle nebbie” (“fogs charcuterie”), meaning those cold cuts typical of the cities near the river Po often characterised by a thick fog. In particular, historical records report the use of this cured meat in the local cuisine of the areas of Piacenza and Parma since 1800.

Keep in a cold and dry place. Once opened, keep refrigerated in cling film or in a kitchen towel and consume within 30 days 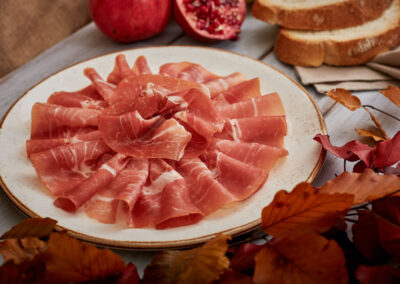 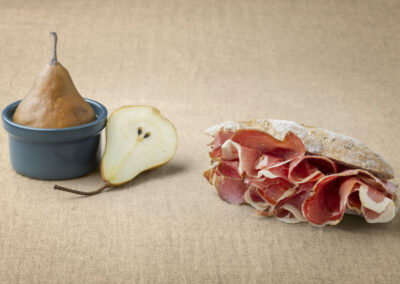 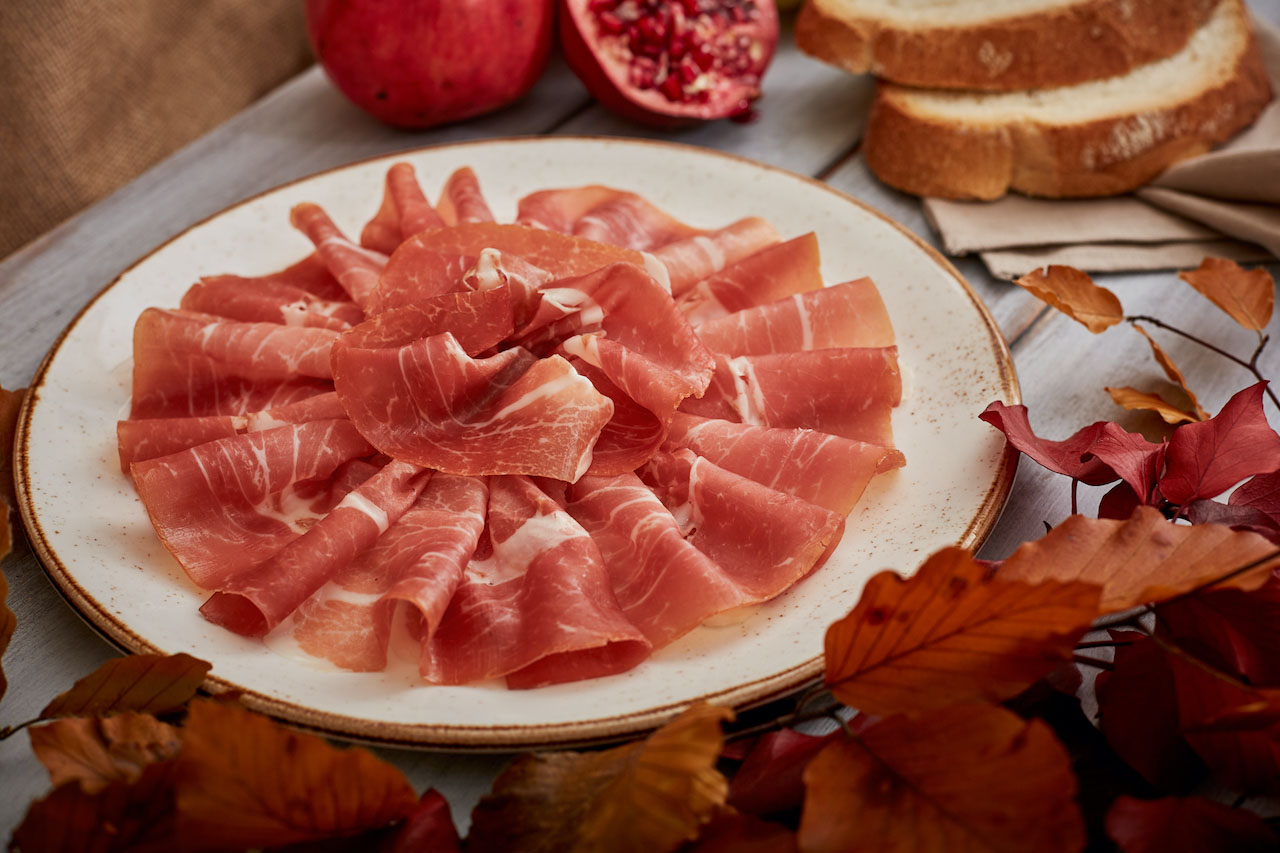 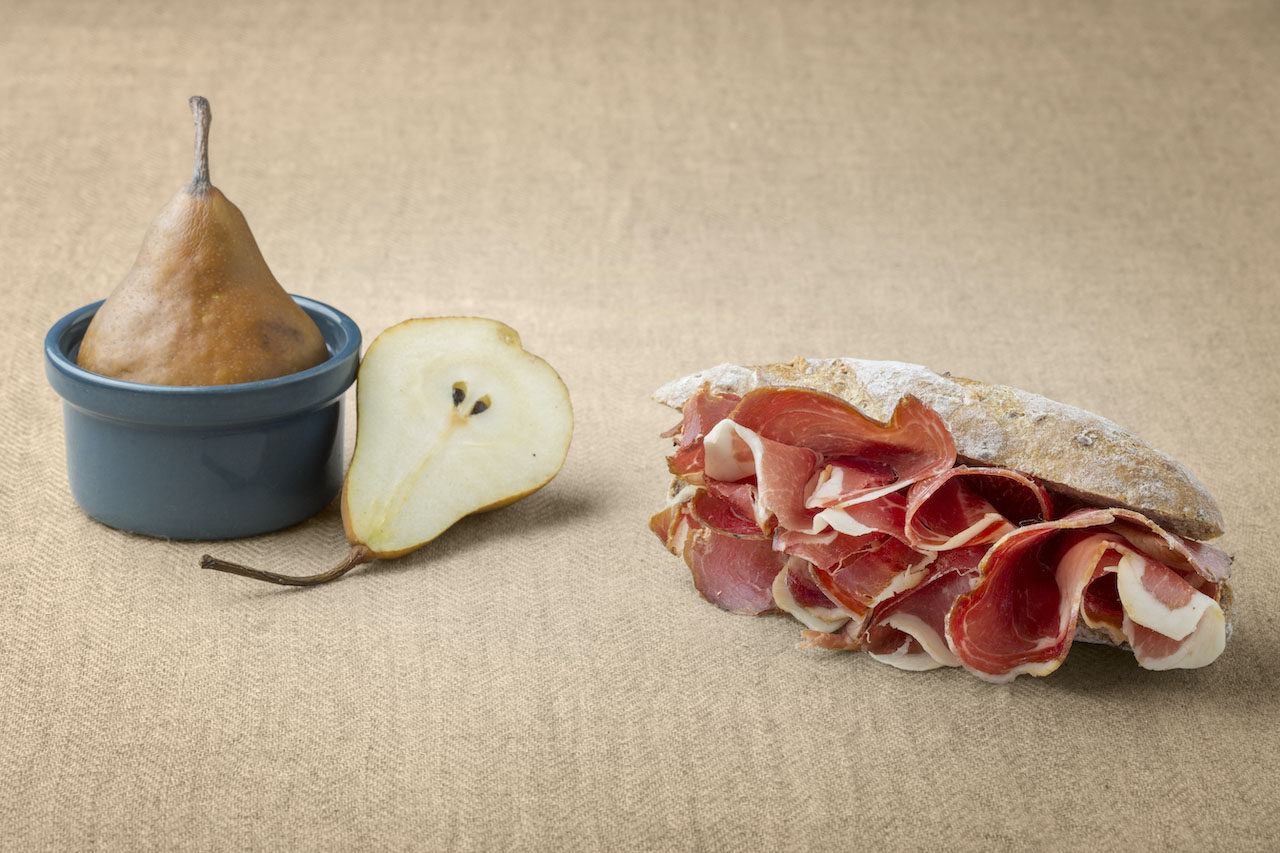 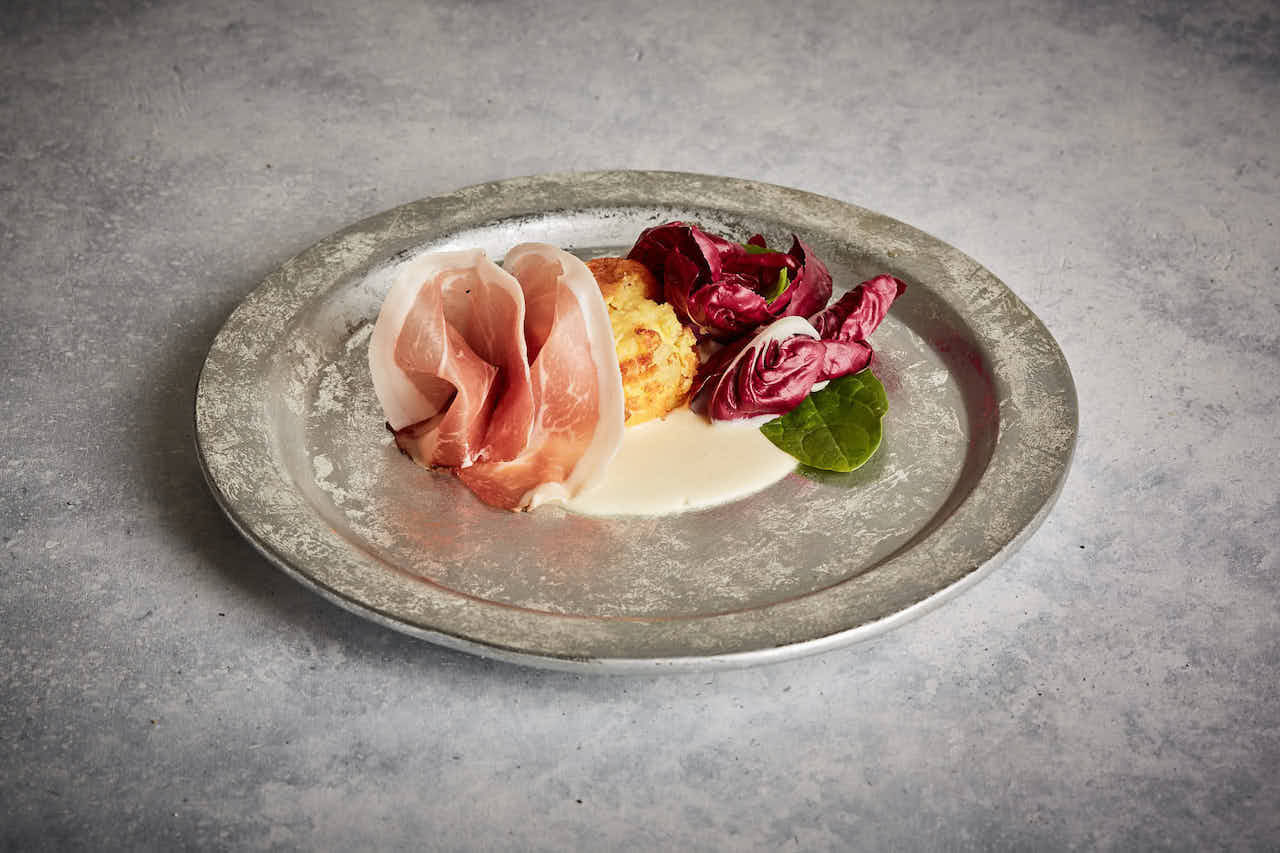