Borsotto is a typical salami from the regions of Northern Italy. It is obtained from selected cuts of pork: a mix of top quality Italian meats with medium / coarse grind. The dough, before being stuffed into the rind, is flavored with salt, pepper and natural flavors, so as to give the Borsotto its typical flavor that distinguishes it: delicate and tasty, for true connoisseurs of the gastronomy of the past.

The Borsotto has a pinkish color in its lean parts, white in the fat parts and has a cylindrical shape that is a bit “flattened”. What distinguishes Borsotto from cooked salami is the type of stuffing: in the case of Borsotto, the mix of selected Italian meats is inserted into the rind and then expertly sewn by hand, as tradition. Instead, as regards the cooked salami, this is stuffed into a natural casing. After the cooking phase, which lasts from eight to nine hours, the Borsotto is ready to be consumed in the preferred way: natural or in a recipe.

Its aromatic and balanced taste makes it perfect for a stuffed sandwich, for those who want an alternative to the classic “bread and salami” prepared with seasoned salami. It is also often used as a second course to accompany polenta or mashed potatoes. For those who want to surprise their guests at dinner with something unusual, just serve the Borsotto as an appetizer in a savory pie.

The mixture of Italian meats and fine cuts is salted and flavored with mixtures of spices that may vary depending on the production area. Subsequently, it is stuffed into the rind and sewn by hand, just like in the past, with care and dedication. After this phase, the Borsotto passes to the cooking phase which takes place in steam ovens and which lasts about eight / nine hours. It is a skilful traditional processing that allows the product to take on its unique taste and texture. Once the product is ready it is vacuum packed to keep its organoleptic properties at best.

Borsotto represents one of the real delights of the Italian territory which, however, are often forgotten. For a long time it was the inevitable protagonist of the tables of our ancestors during Sunday lunches. In fact, it is a rustic salami, typical of the tradition, whose recipe has been handed down from generation to generation. Borsotto originates from a peasant and charcuterie tradition closely linked to the breeding and use of pigs. In particular, at the time, less valuable meats and cuts were used, but equally tasty if processed and flavored with the right ingredients, such as spices and local wines according to the famous saying: “nothing is thrown away from pork”. At the time, the best cuts were used for the production of hams and raw cured meats, while the cuts and trimmings were used for cooked cured meats and cotechini. Today, however, the Borsotto is considered a quality and niche product and has kept alive a millenary tradition.

Store in the refrigerator and once opened, store in cling film and consume within 15 days. Keep riefrigerated 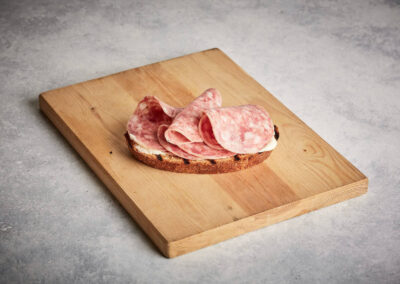 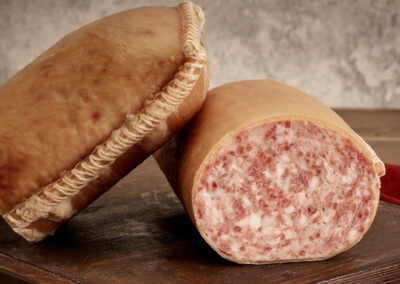 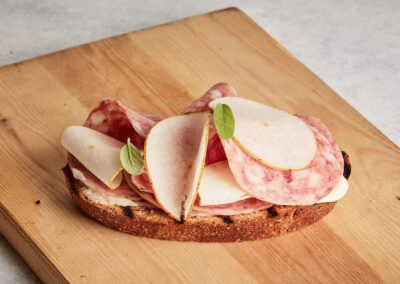 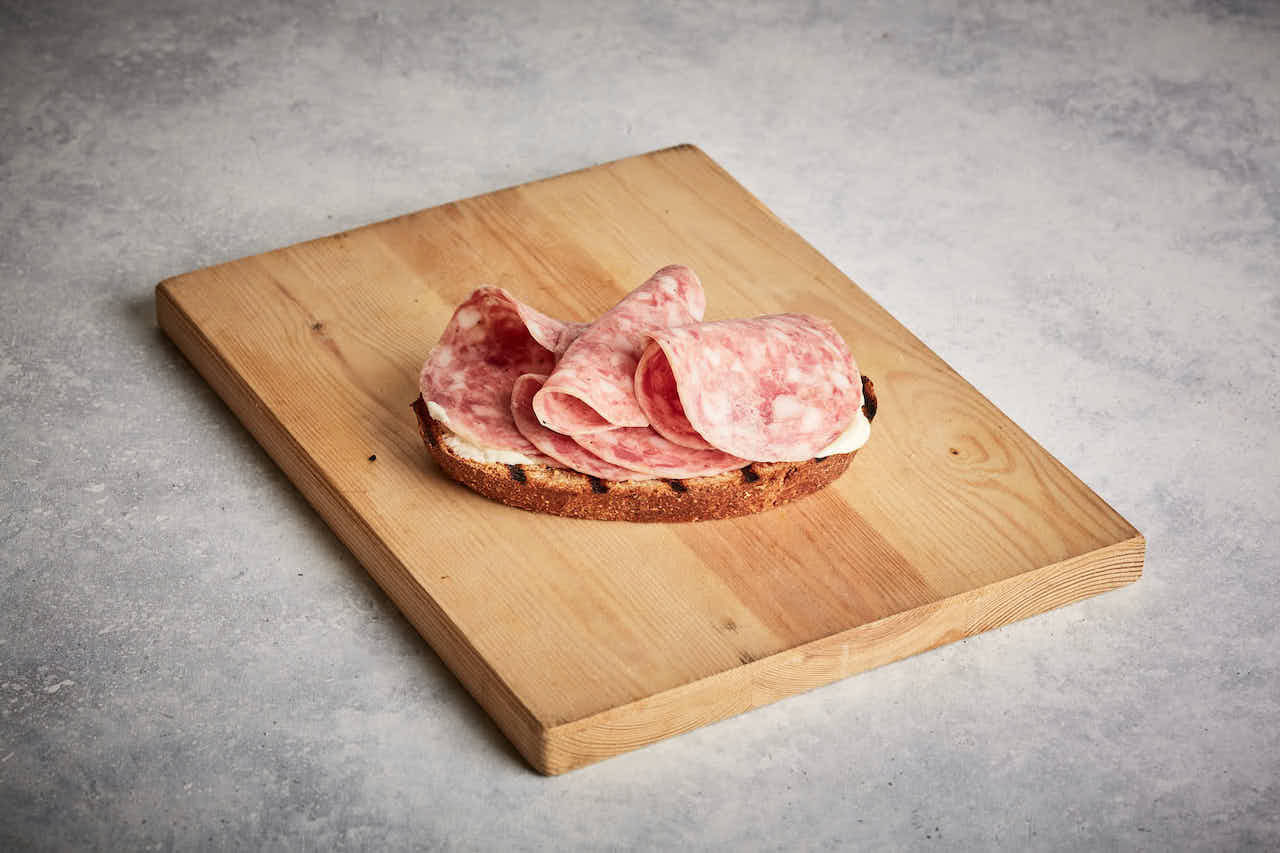 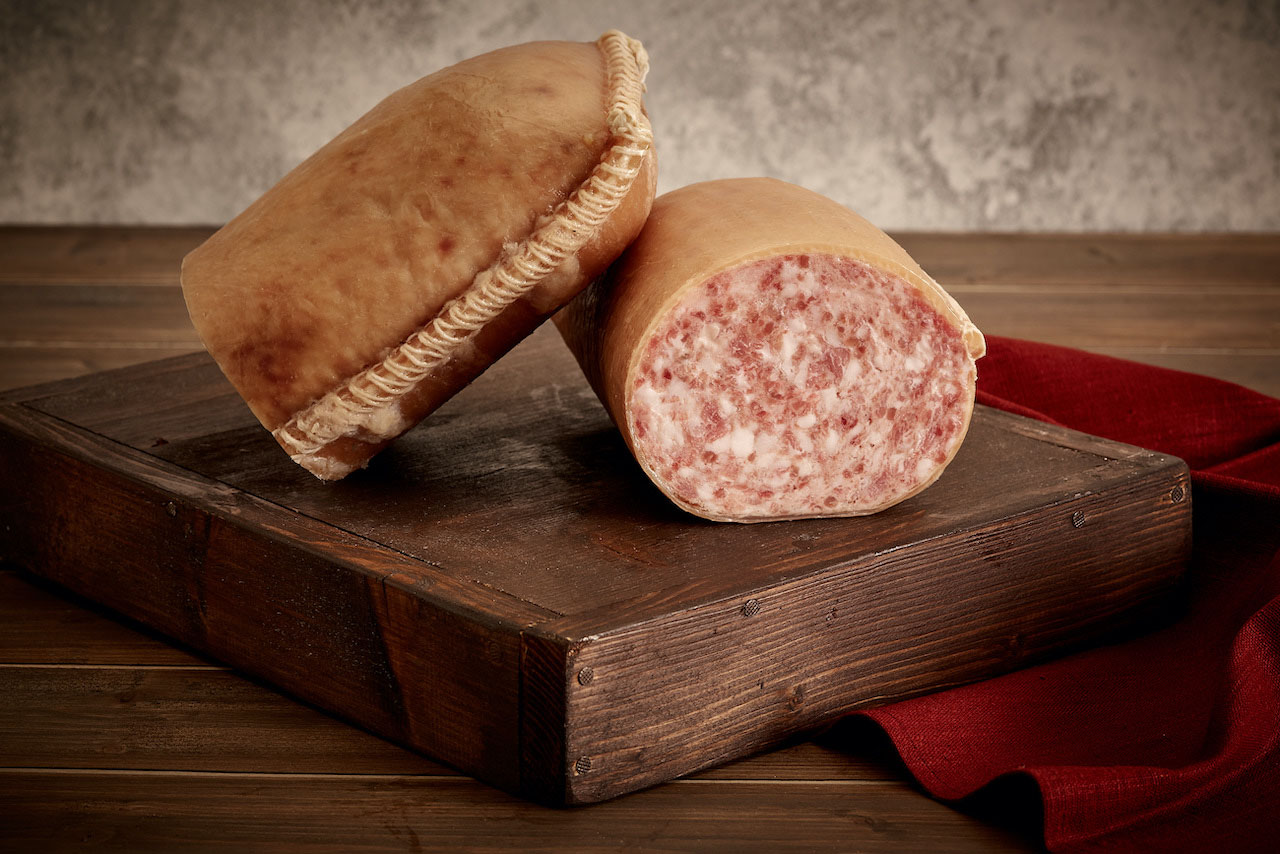