Terre di Puglia Taralli with Cacio e Pepper are traditional Apulian products with extra virgin olive oil enriched with cacio cheese and pepper. Only genuine ingredients such as 100% Italian extra virgin olive oil from Apulia are used for their handmade product. Thanks to the addition of cacio e pepper, their taste is fragrant and intense.

Packaged in a pretty cardboard box, they can be conveniently placed in the pantry to always have them on hand or gifted as a tasty and traditional present.

Taralli have a very crispy texture and a ring shape, and their size is usually medium-small, making them an excellent solution for a snack.

In fact, in Apulian gastronomy, they are the main choice for a quick tasty snack or to serve traditional appetisers and chacuterie boards.

According to the traditional recipe, the ingredients are very simple: flour, extra virgin olive oil and white wine. However, many manufacturers add spices or flavourings to the dough to prepare an even more special and tasteful product. This is the case of Taralli with cacio e pepper.

As for the cooking process, the traditional Apulian preparation involves boiling the dough rings in boiling water and oil and then baking them in the oven. These two steps, together with the choice of top-quality and genuine ingredients, allow the Taralli to obtain an optimal crunchiness and a unique and characteristic taste.

Regarding the etymology of the word ‘tarallo’, there are several interpretations and the exact origin is still unknown. Despite this, various theories and legends have developed over the years. The most widespread ones trace the word ‘tarallo’ back to the Latin word ‘torrere’, meaning to toast, or to the combination of ‘tar’, from Italian, with ‘danal’, from French, referring to a rolled bread typical of the areas beyond the Alps. Or it could also come from the French word ‘toral’, meaning to dry or from the Greek word ‘daratos’ used to indicate baked products similar to taralli.

As for the etymology of the word ‘tarallo’, there are many different stories about the origins of this product. According to the most widespread theory, Taralli were born around the 15th century, as a result of a simple necessity that, as often happens, gave rise to one of the most iconic products of Italian gastronomy.

The story goes that a woman, finding herself without food for her children, decided to make them something with the ingredients she had in her pantry, namely flour, salt, oil and white wine. Then, she made thin strips from the dough, which she twisted to form rings. After leaving them to rest, she proceeded to bake them in the oven. The recipe underwent improvements in later years, for example, the step of boiling in boiling water and oil before baking was added. This step gives the dough softness and its traditional crunchiness and crispness once baked.

The preparation of traditional Apulian taralli involves just a few simple steps. First, genuine, quality ingredients are selected and mixed, until a dough with an elastic consistency is obtained. Then, sticks of about 8 cm in length by 1 cm in diameter are formed. Next, the typical ring shape is created by overlapping the two ends. Finally, they are double-baked: first in boiling water and oil until they rise to the surface and then in the oven for about half an hour.

Store in a cool, dry place away from light and heat sources. 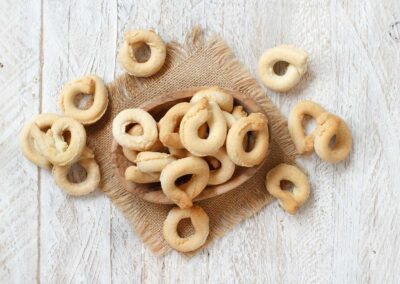 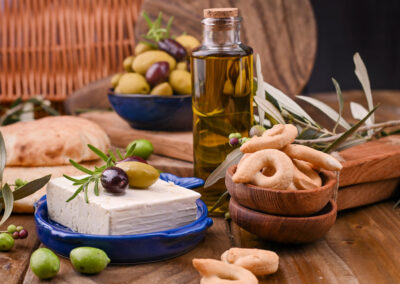 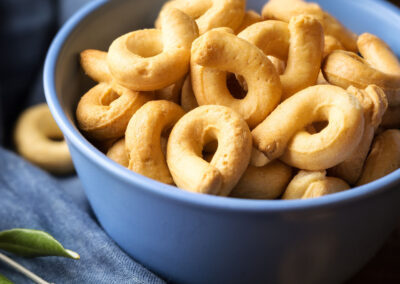 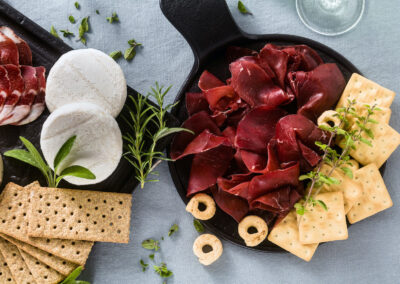 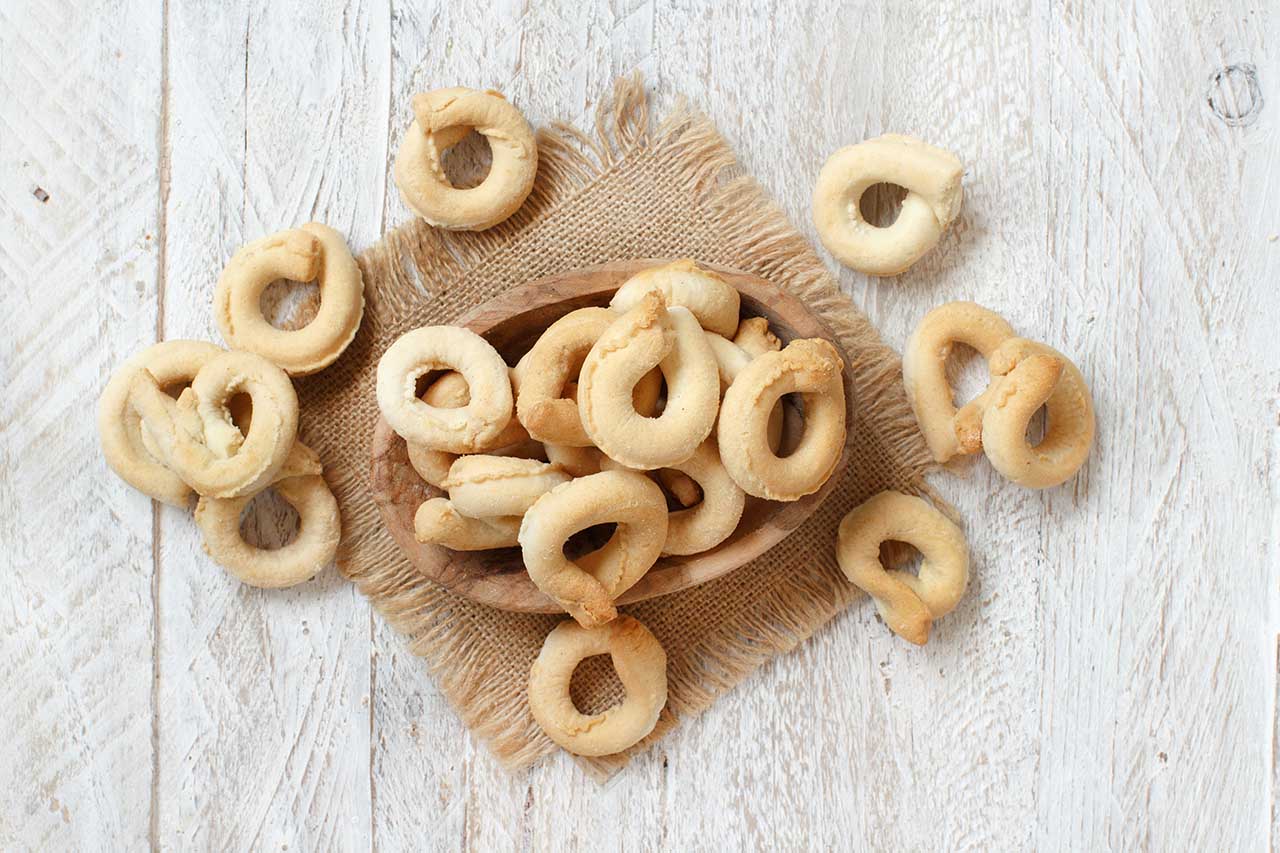 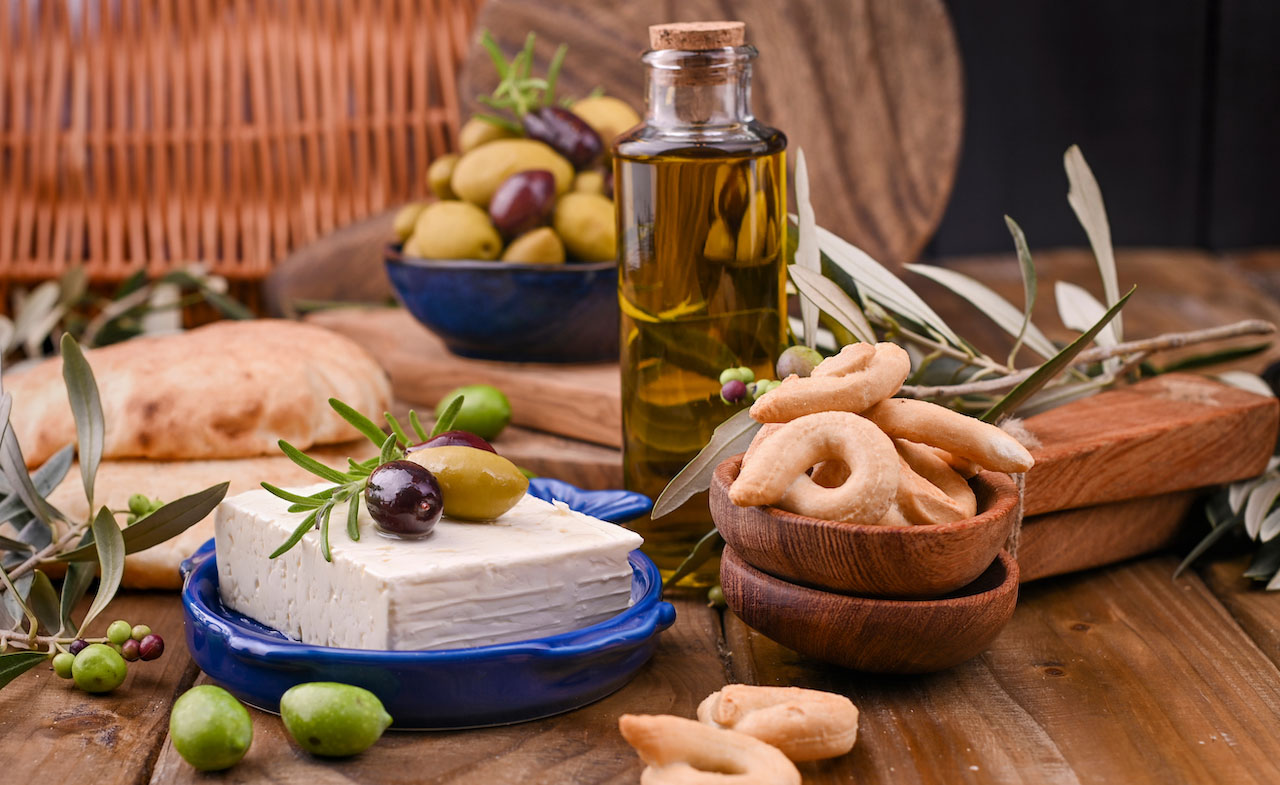 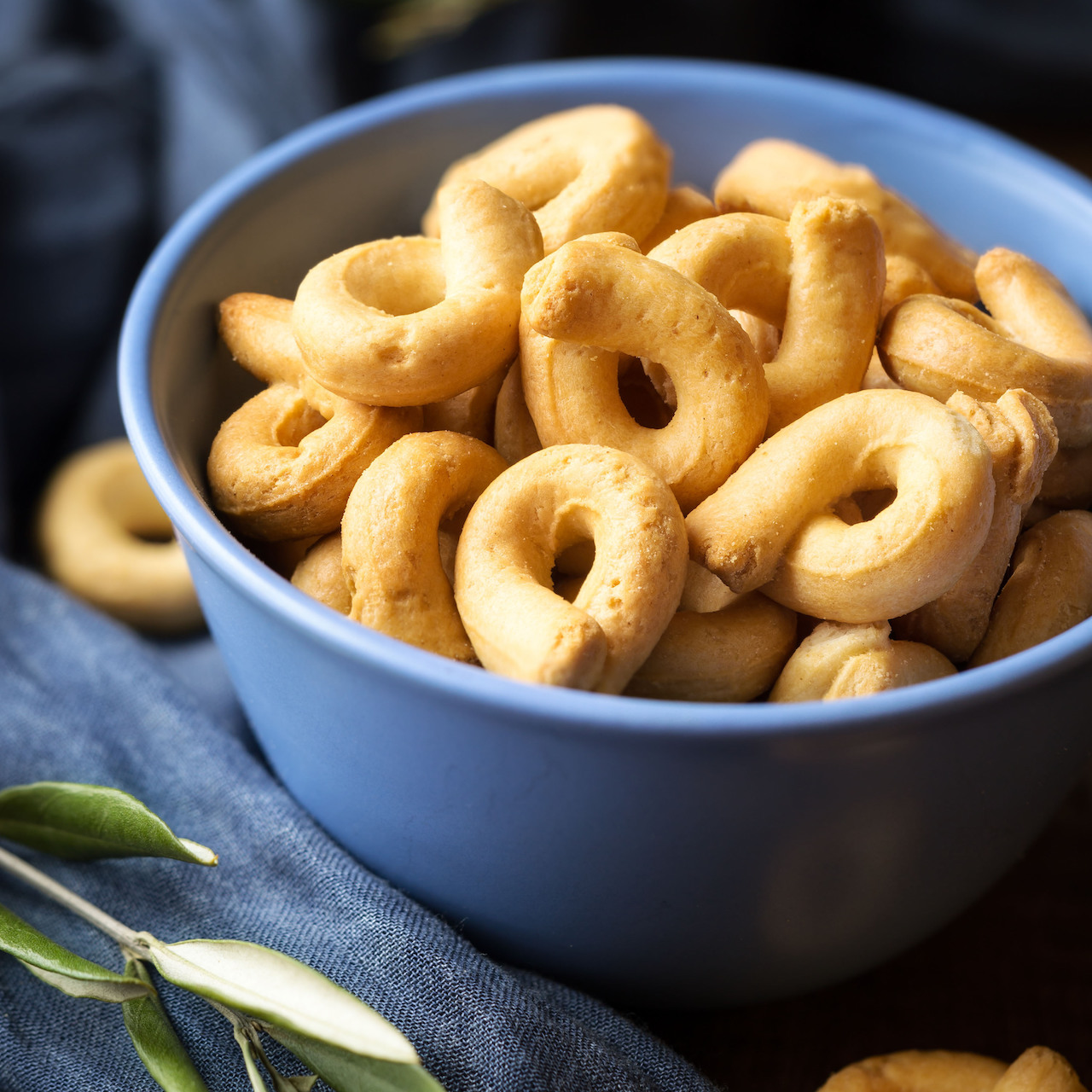 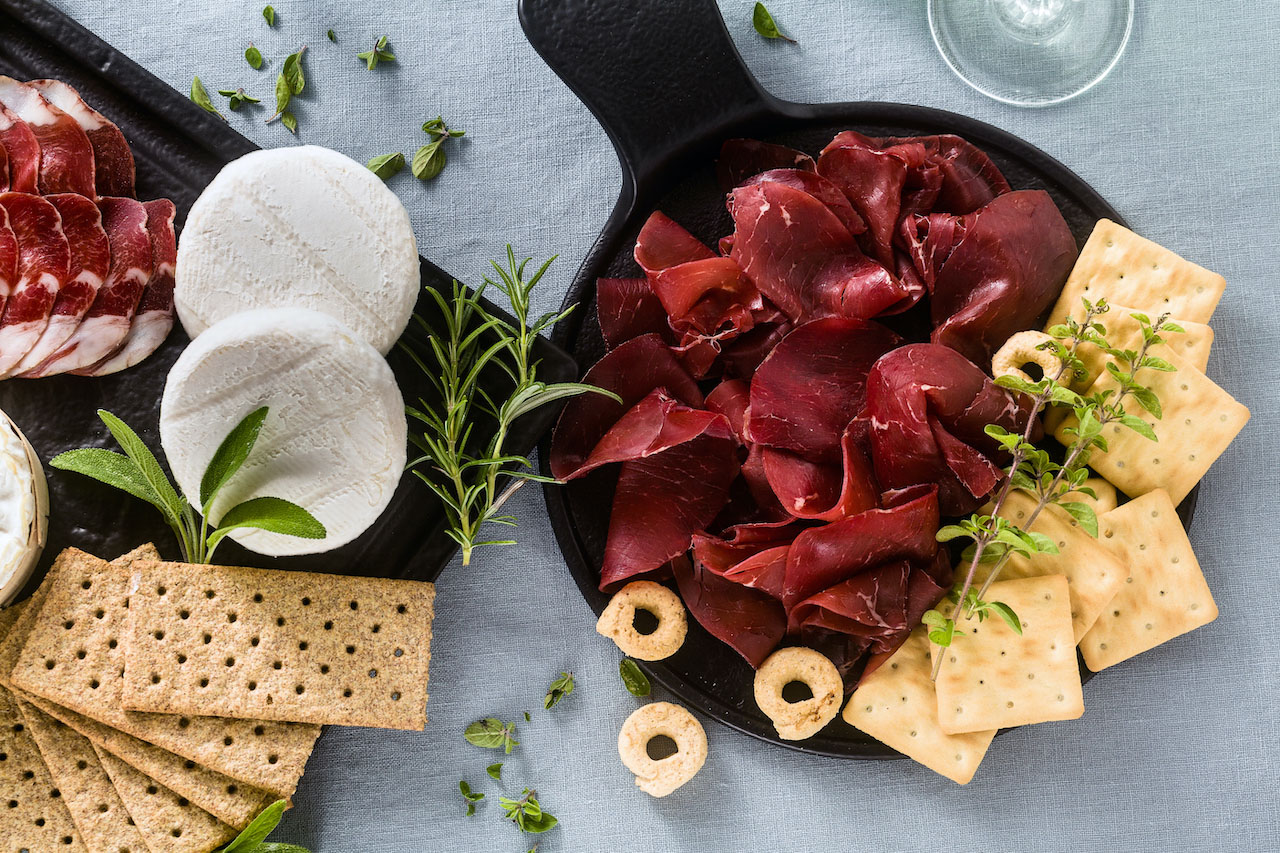