Spicy Salami is a traditional cold cut from the gastronomy of southern Italy. An artisanal product that combines the traditional taste of pork with the lively and intense flavor of chilli.

This product is very popular in southern Italy, especially in Calabria where, together with ‘Nduja, it is the protagonist of various dishes and recipes. Spicy Salami and ‘Nduja have in common their characteristic color and intense and spicy taste. The ‘Nduja is produced exclusively with some parts of the pork, namely the lard, bacon and guanciale, while the Spicy Salami is prepared with a mixture of minced meat and flavorings, including chilli. The difference between the two charcuterie products lies above all in the consistency: the Spicy Salami is tasted cut into slices, in a more or less coarse way, while the ‘Nduja should be spread given its consistency very similar to a compact cream.

Spicy Salami is an explosion of flavors when tasted on its own, ideal for a snack, an aperitif or appetizer; it goes perfectly with other cured meats, perhaps with a less intense taste to give a contrast, and with slightly seasoned cheeses. All accompanied by bread or breadsticks and a good glass of red wine.

This cold cut is also perfect for making numerous recipes or for adding a more intense flavor to dishes such as pizza or a quiche. Try its combination with baked pasta or to make a tasty sandwich such as, for example, a hamburger with beef, sweet smoked cheese, grilled aubergines and spicy salami.

The Spicy Salami is finely sliced ​​and packaged in three trays in a protective atmosphere to preserve all its freshness and fragrance in order to guarantee optimal tasting. It will be like freshly sliced! These trays are ideal to keep in the refrigerator for any last-minute eventuality and ready to use.

The preparation of the Spicy Salami is very similar to that of the classic salami, as it is also, in fact, a cured cold cut prepared from a mixture of minced meat and pork fat.

The main difference of this salami lies in the selection of spices which, together with salt, are added to the meat. For the Spicy Salami, among others, the use of hot pepper is characteristic.

The dough is then inserted into the casing and seasoned. It is very important that it is not seasoned for too long. In fact, unlike ham, excessive seasoning would risk drying the salami too much and losing part of the aromas that characterize it. 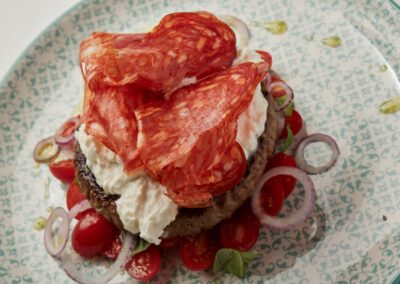 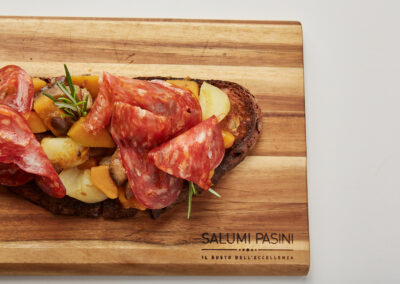 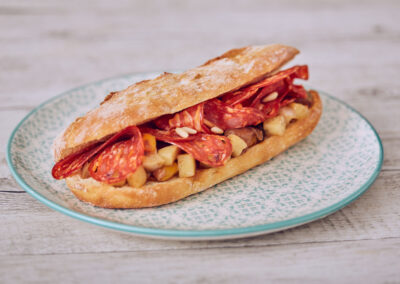 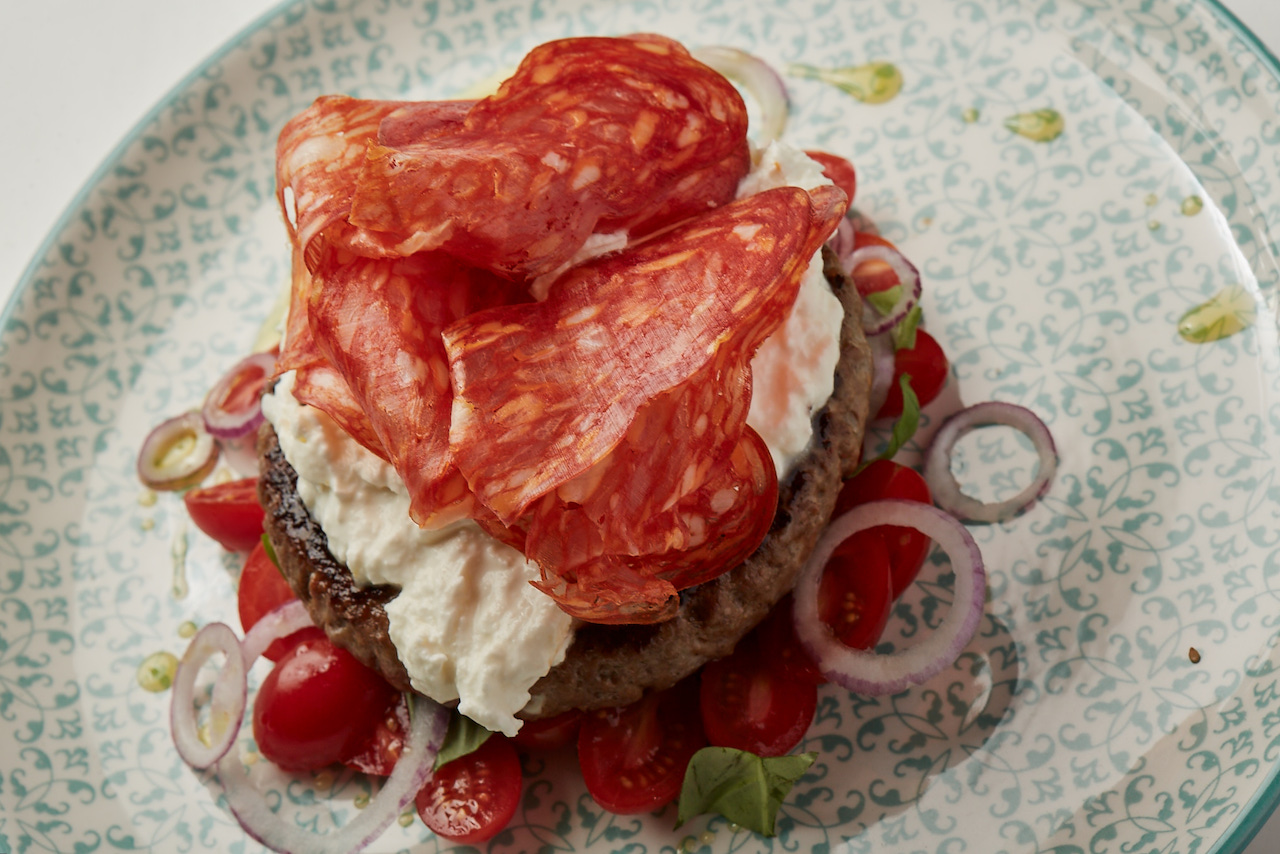 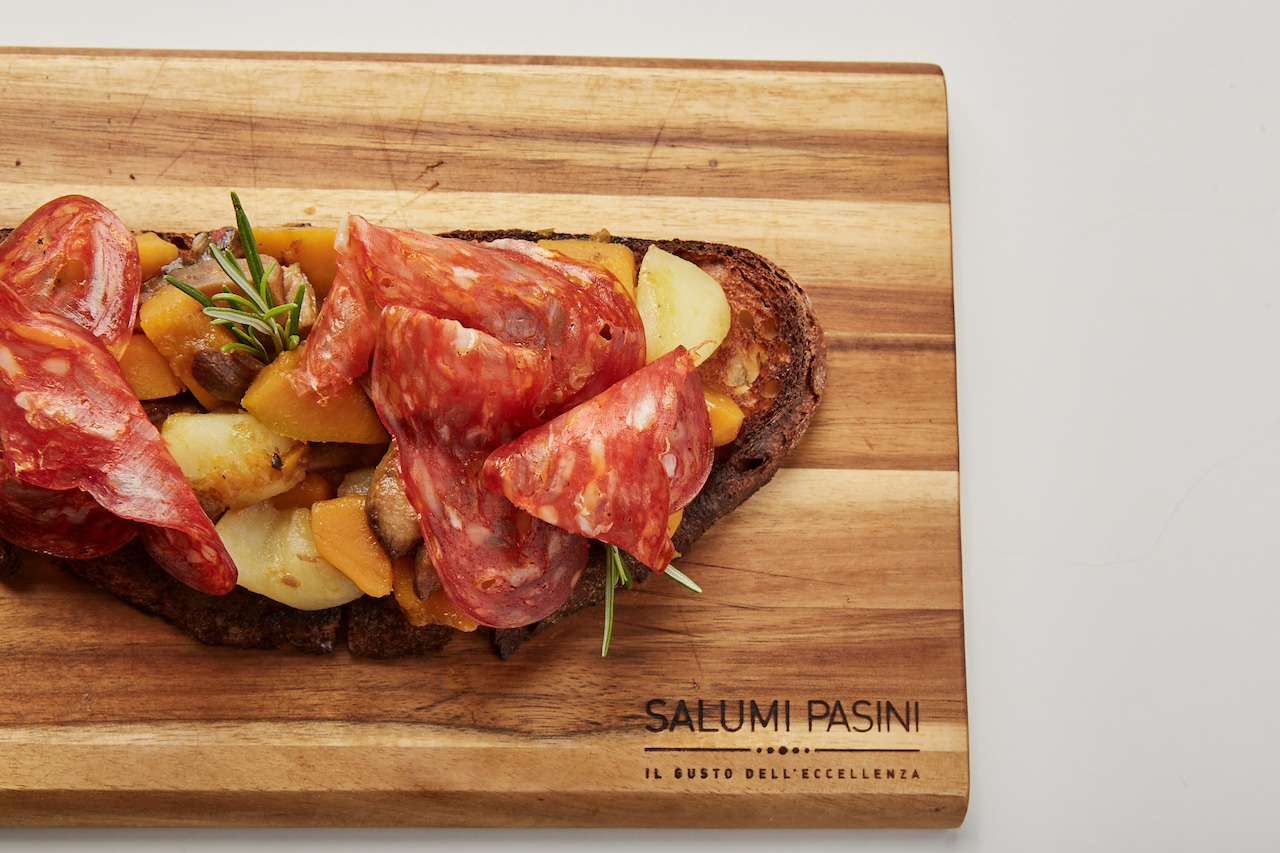 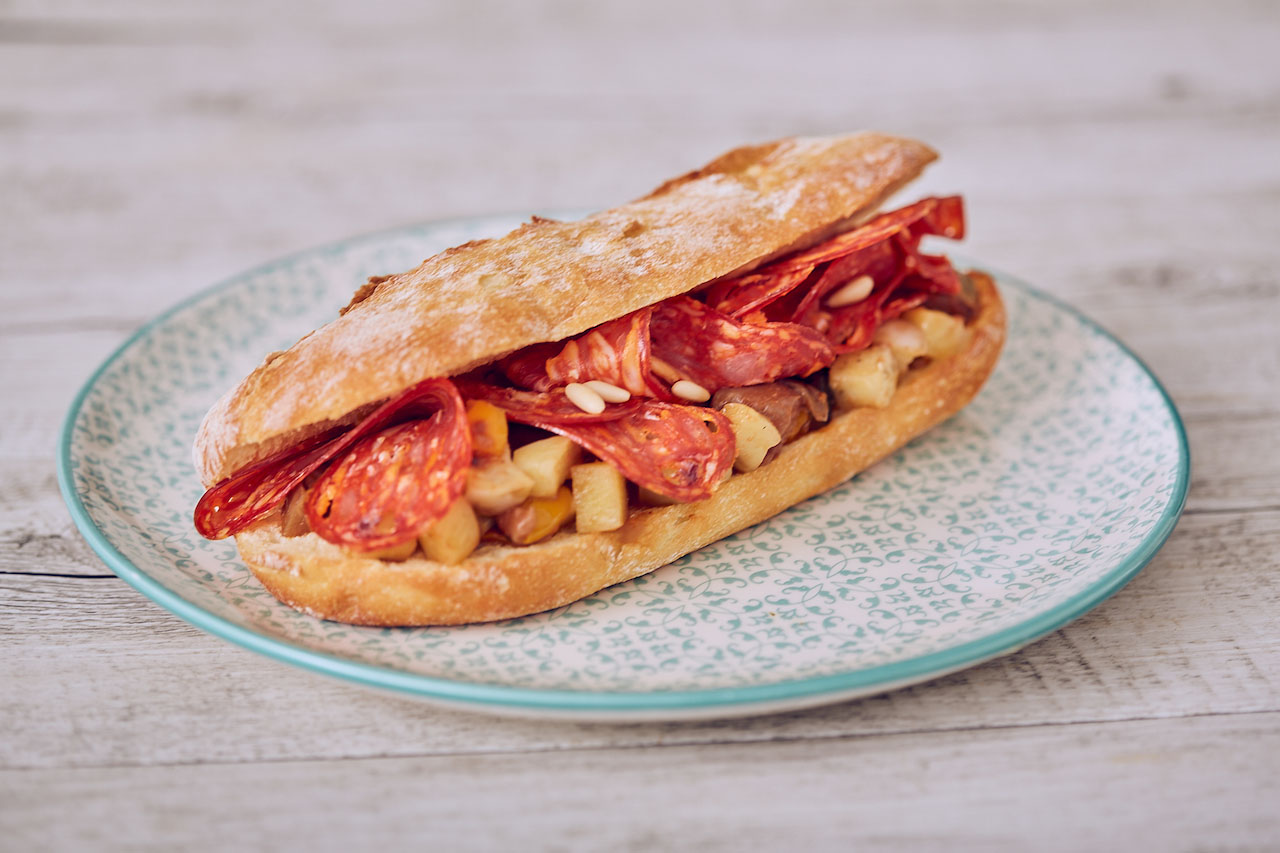