Mortadella is a typical Emilia-Romagna cured meat product made from selected cuts of pork: an unmistakable and inimitable product that comes from the careful selection of high quality raw materials.

It is a large cold cut whose mixture is made from the lean parts of the pork with the addition of cubes of fat, salt, pepper, pistachios and natural flavourings. Mortadella generally has a cylindrical or oval shape and is often flavoured with pistachios, which adds further flavour. It sometimes also contains myrtle berries, but this variant of Mortadella is less common.

The texture of Mortadella is soft and meaty, and when cut it is a deep pink colour with green pistachios. Mortadella with pistachios has an intense and slightly spicy aroma. The taste is similar to the one perceived by the nose and the flavour is delicate but strong.

Mortadella with pistachios is a product that is widely used in the kitchen and lends itself to various types of preparation. For example, it is perfect cut into cubes as an aperitif or sliced and served with bread. Moreover, it is the protagonist of many traditional Bolognese dishes: it is used as an ingredient for the classic tortellini filling, or it is whipped to create the “Mortadella mousse”.

The production process for making Mortadella takes about four days. In particular, it consists of five stages: grinding, kneading, bagging, cooking and packaging. The meat mixture, after being seasoned with salt, pepper and natural flavourings, is compressed and bagged, giving the product the shape and weight needed for distribution. The Mortadella is then placed in hot dry air ovens where it cooks at 70°C for about 20 hours. Afterwards, the Mortadella is removed from the cooking wrapper, cut in half and vacuum-packed.

Mortadella is a very ancient cold cut that seems to date back to Roman times. Proof that there were already producers of Mortadella in this period is provided by a stele dating back to the imperial age which shows seven pigs being led to pasture and a mortar with pestle: a tool used by the Romans to process and pound meat. Even the name, although there is no certainty about this theory, is thought to derive from the Latin word mortarium, meaning mortar. Furthermore, the belief that Mortadella is a poor food needs to disappear; in the past, it was a food for the rich and accessible to only a few people due to the high cost of meat and ingredients. Mortadella with or without pistachios? This distinction depends very much on the geographical area where the cold cut is produced: in Emilia, where Mortadella Bologna is popular, Mortadella is made strictly without pistachios, while in Lazio and central Italy, Mortadella is made with pistachios. So what is the real Mortadella? The truth is that there is no right answer. In fact, both versions are accepted and produced. 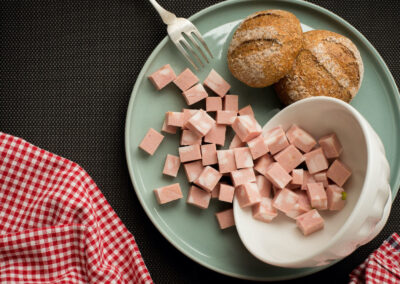 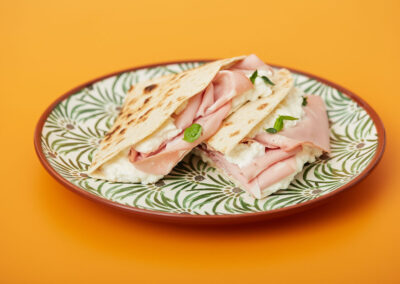 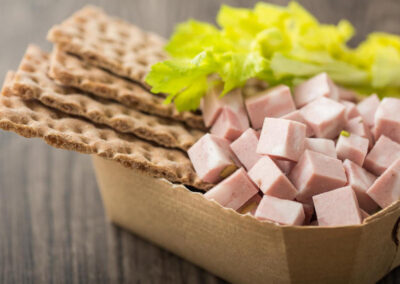 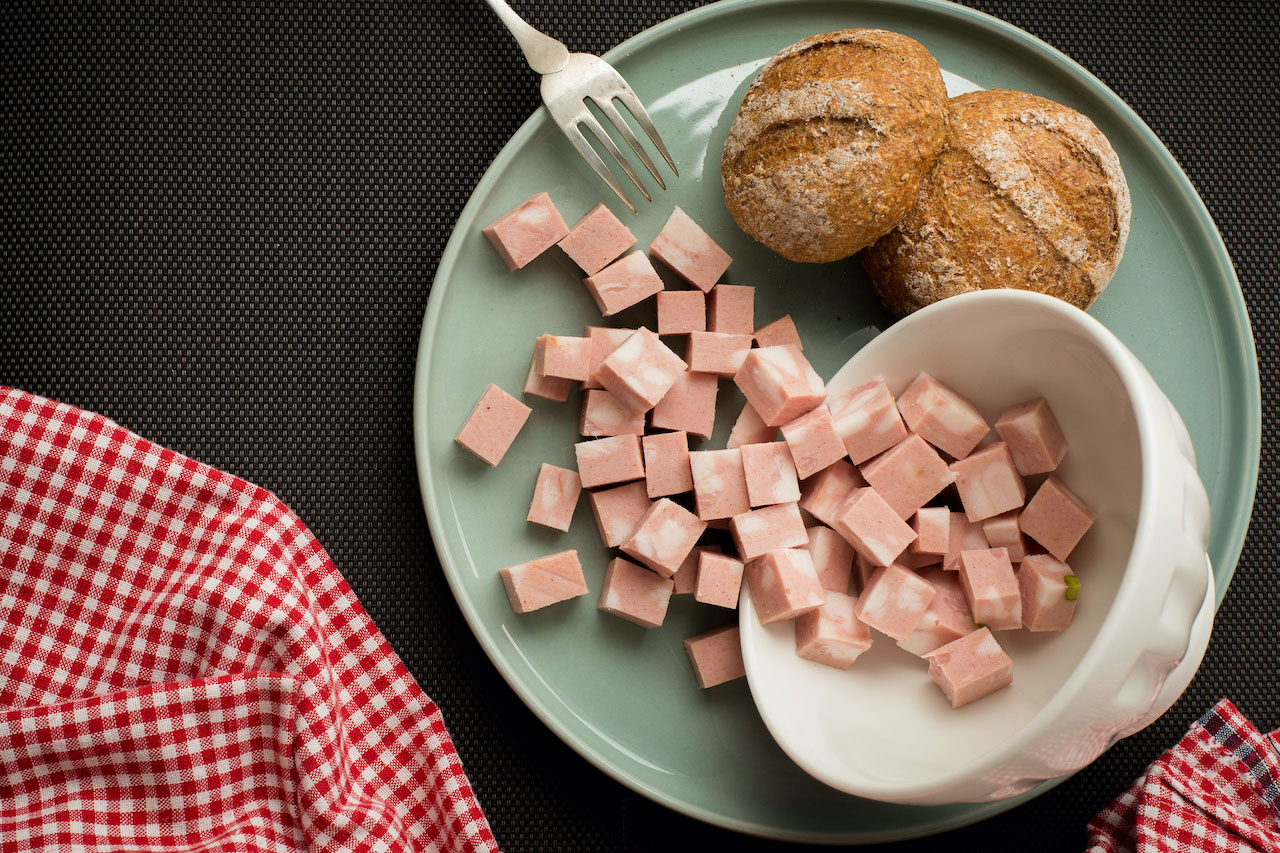 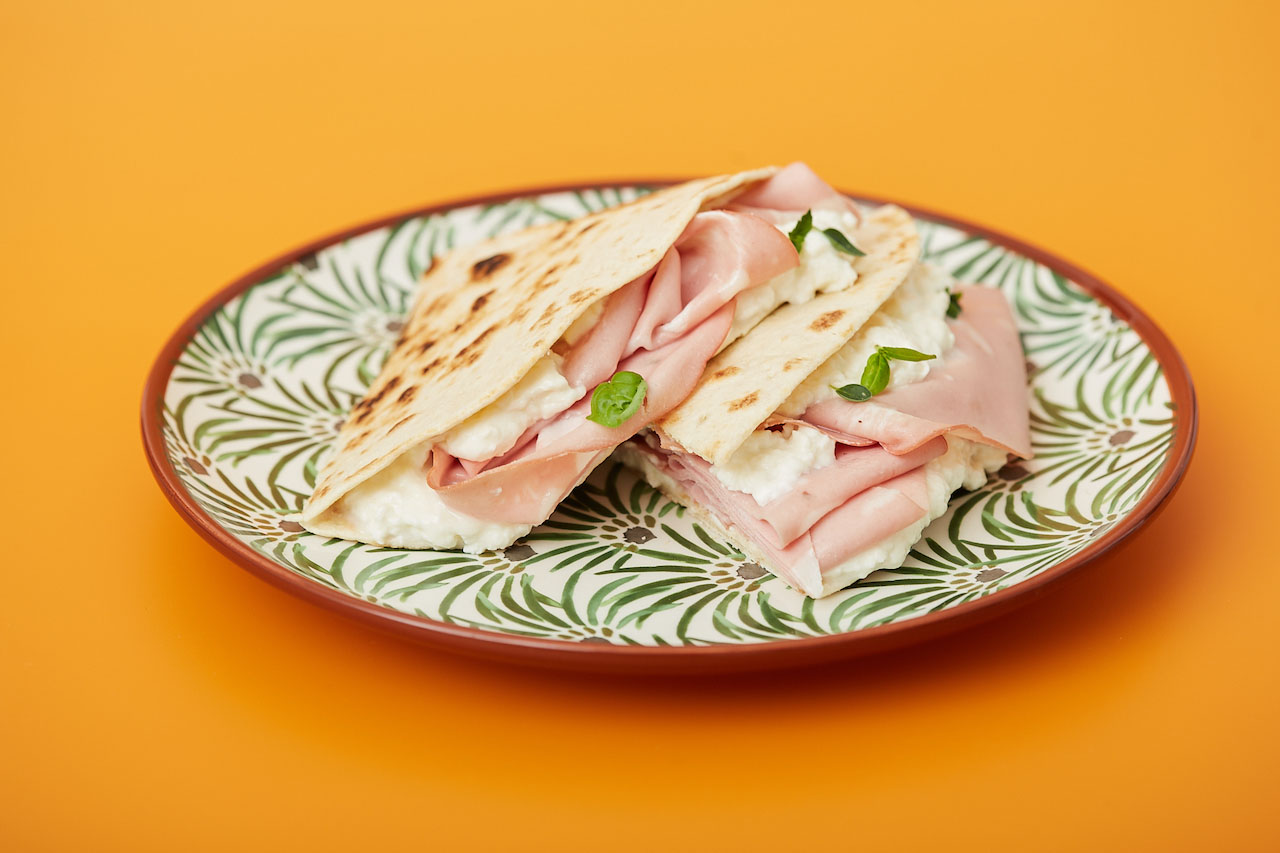 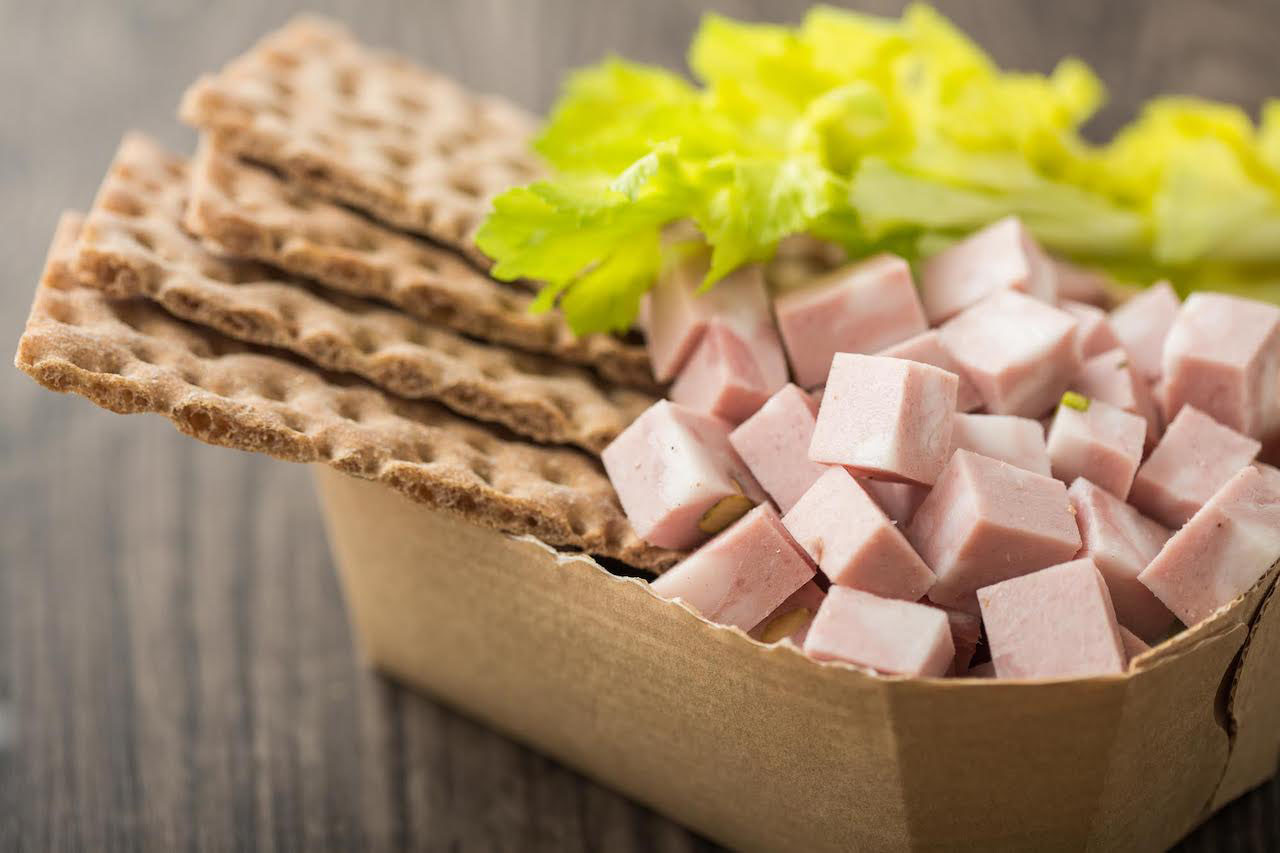