Mortadella is a typical Italian cured meat produced mainly in Emilia using selected cuts of pork. There are also types of mortadella with beef or cooked pork liver (which you can find in our selection of products) as well as even more particular products made with wine-flavored liver, produced in Piedmont, or mortadella produced with donkey meat, a typical cold cut of some areas of Sicily.

The history of mortadella dates back to the seventeenth century, a first reference dates back to 1661 in which, in a stele, a mortarium is represented, the instrument for crushing pepper and meat, next to a herd of pigs. This tool seems to have given birth to the name of this famous sausage. Another theory, however, links the birth of mortadella to myrtle (myrtatum), the berry that was used for the production of this cold cut before pepper arrived as a spice in Europe from Asia. The first mortadella recipe was disclosed by Vincenzo Tanara, a native of Bologna, a recipe that included more fat than is used in today’s productions. The name of Mortadella Bologna will then be given later thanks to the spread that this sausage has in the area of the capital city of Emilia.

The mortadella mixture is made up of the lean parts of the meat to which cubes of fat, salt, pepper and natural flavorings are added. Often there is also the addition of pistachios, a very common practice given the appreciation of this ingredient in this sausage. The meat is ground in three consecutive steps so that it becomes very fine. The dough is then stuffed into casings in very variable sizes, ranging from 500g up to even 40 / 50kg. The next step is cooking in a dry air stove up to a temperature of 70 °, a very delicate phase where a lot of the quality of the final product is played, and then it is cooled with water showerings and left in cold rooms to rest.

Mortadella has a cylindrical or oval shape and a very characteristic pink color. It is characterized by an unmistakable, intense and slightly spicy aroma and a sweet and savory flavor.

It is a very versatile product in the kitchen, to be served either in simple cubes for an aperitif, thinly sliced for a classic stuffed sandwich or in very tasty and tasty recipes using it as a filling for tortellini or even as a summer dish accompanied by asparagus, strawberries, potatoes and lemon (you can find this recipe in our online section). Mortadella gran aroma is gluten-free, lactose-free and GMO-free. 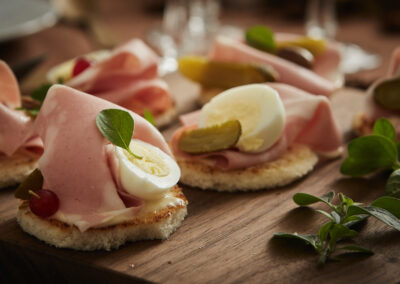 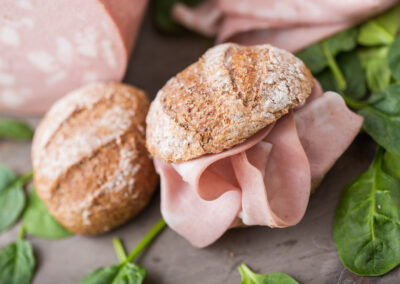 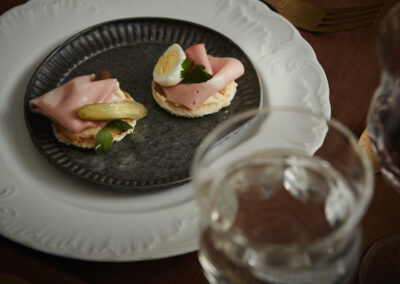 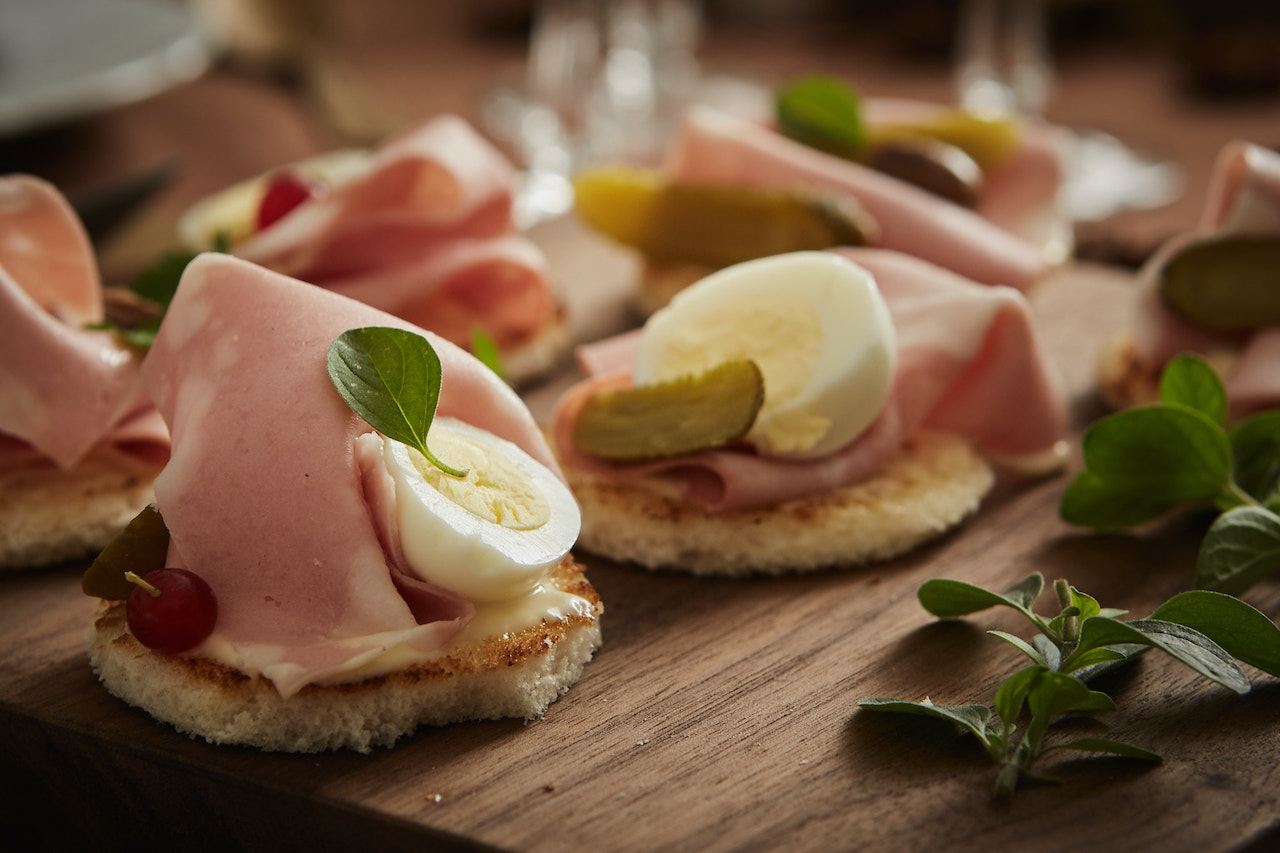 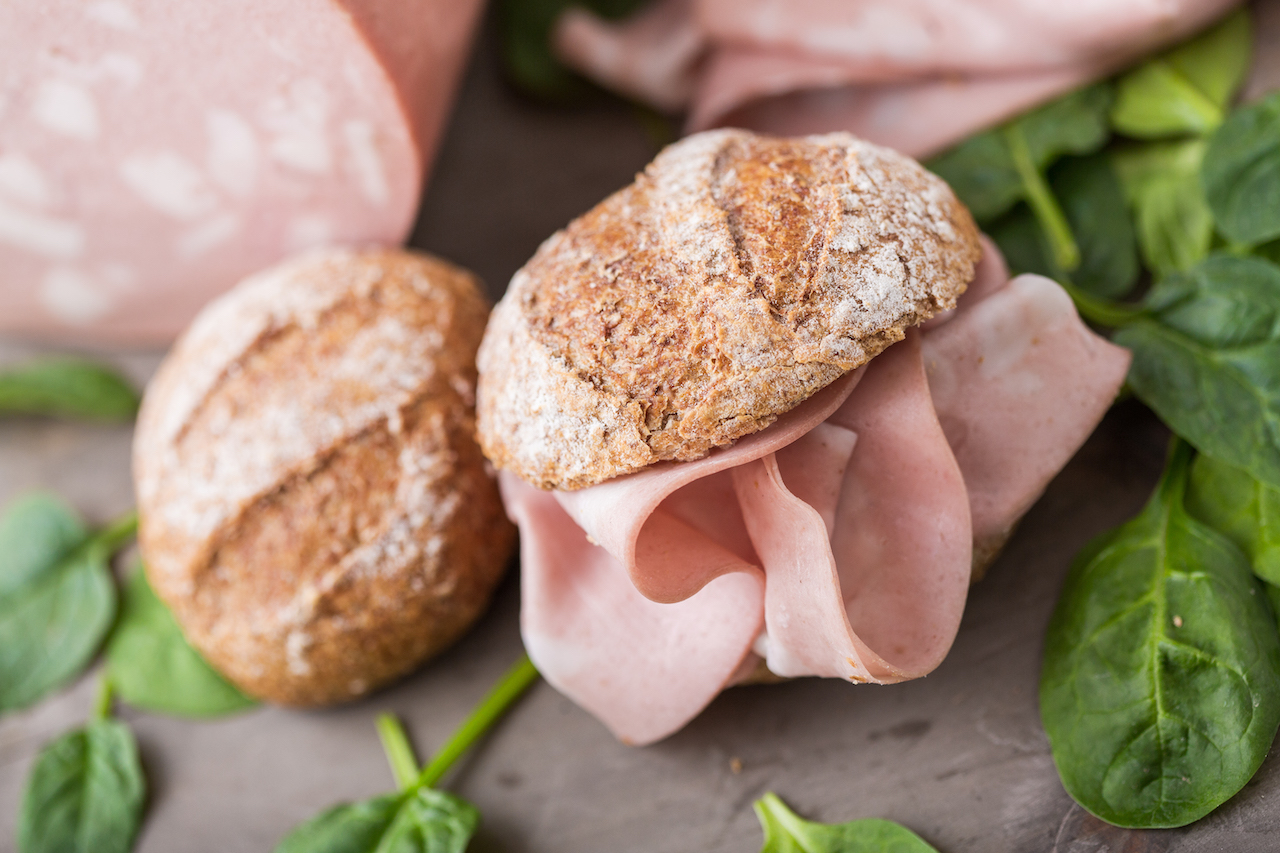 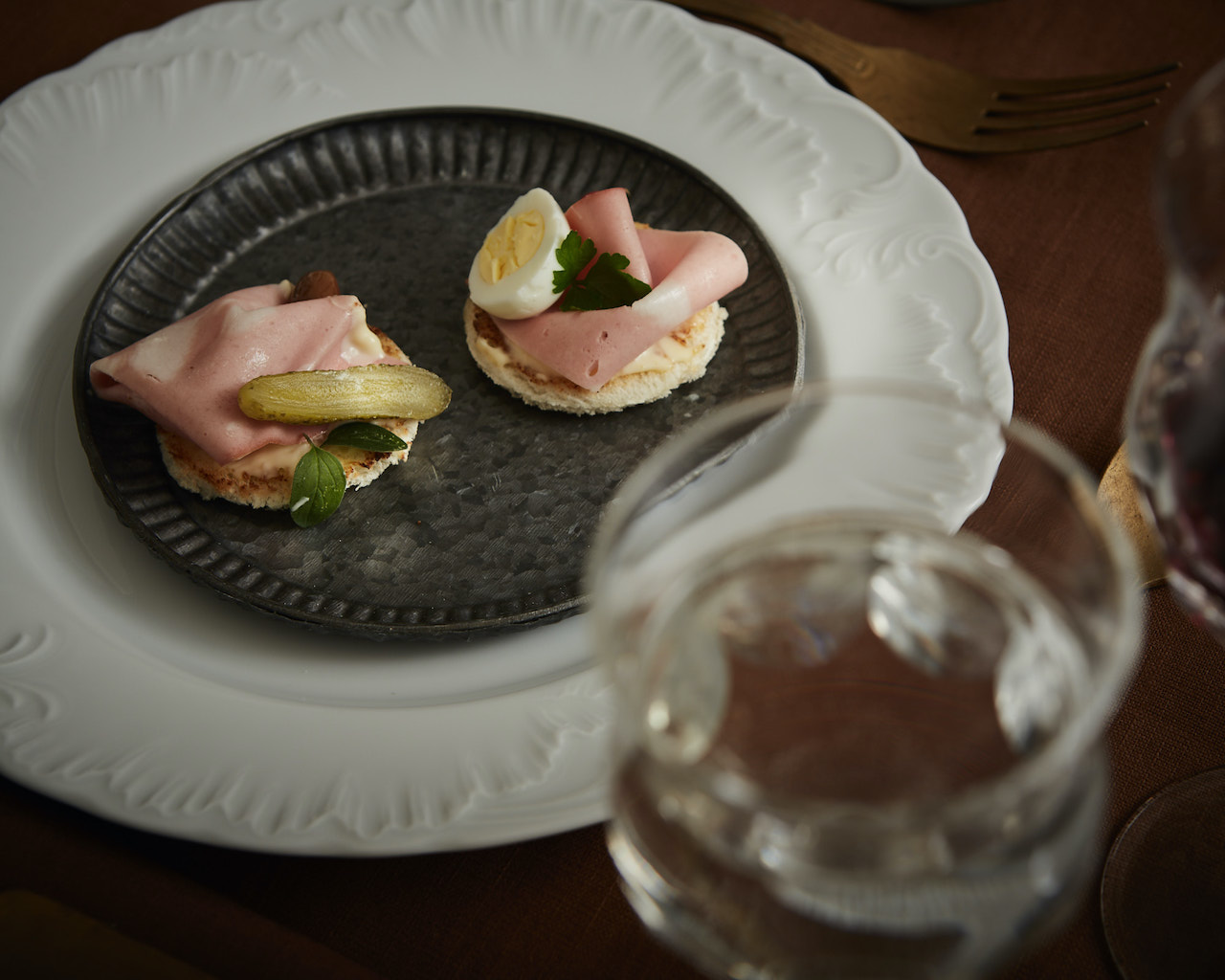