Spicy Capocollo is a cured meat typical of Calabria, together with Soppressata and ‘Nduja.

Capocollo has always been considered one of the finest cuts because it is made from a single whole cut: the pork neck (collo) – the part between the head (capo) and the loin – from which this cured meat takes its name. This product is characterised by a deep red colour with white streaks and a thin layer of fat covering the entire outer circumference to prevent the meat from drying out during the ageing process.

The meat employed for the production of Spicy Capocollo is processed with the addition of salt, black pepper, spices and hot peppers from Calabria, which give it its unique flavour. In fact, this cured meat has a strong and slightly hot taste and a spicy aroma that makes you appreciate the intense notes released by the hot pepper.

Spicy Capocollo is the cured meat symbol of Calabria. Although it is strongly connected to this territory, it is very well known and appreciated both in the rest of Italy and abroad.

It can be enjoyed on its own, finely sliced as a traditional starter, or served with other cured meats such as cooked ham, ‘nduja spread on homemade bread and pork bresaola, or with cured cheeses such as caciocavallo or salted ricotta and, of course, pear or fig jam.

For those who enjoy a sandwich or a focaccia, it is excellent when matched with wild vegetables such as chicory and chard. Otherwise, you could try it as a topping for a risotto or a gourmet pizza.

We recommend pairing Spicy Capocollo with a glass of red wine such as Cirò DOC or Primitivo di Manduria DOC.

The origins of Capocollo probably date back to the time of the colonization of Magna Graecia, although we can find the first reliable traces of its production in the eighteenth century. Together with other typical Calabria salami, this product appears officially in some texts of the seventeenth century and the vast census conducted by the University of Naples in 1809 (the “Statistica Murattiana”).

Capocollo is strongly connected to pig farming, which is very well rooted in the Calabria culture. In fact, traditionally, the pigs were slaughtered directly by the householder, constituting an authentic ritual attended by the whole family. It is precisely from this practice that the old saying ‘no part of the pig is thrown away’ derives. Women used to keep even the blood to produce the traditional Calabria “Sanguinaccio” (black pudding). Over time, this custom has been handed down to the butchers of the charcuterie factories, who very often still carry on the original processing method.

Store in the refrigerator and, once opened, store in cling film or in a kitchen towel and consume within 25 days. Keep refrigerated 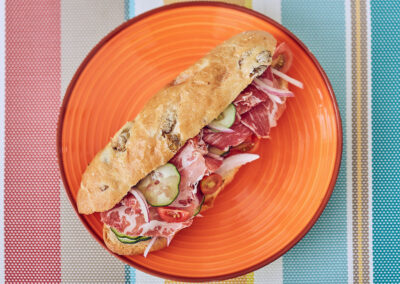 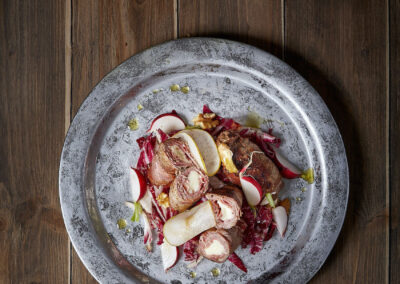 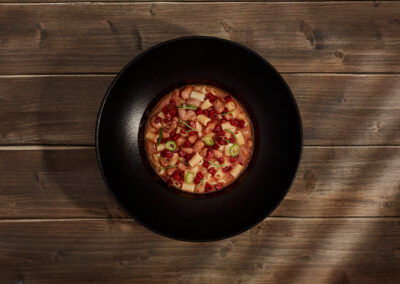 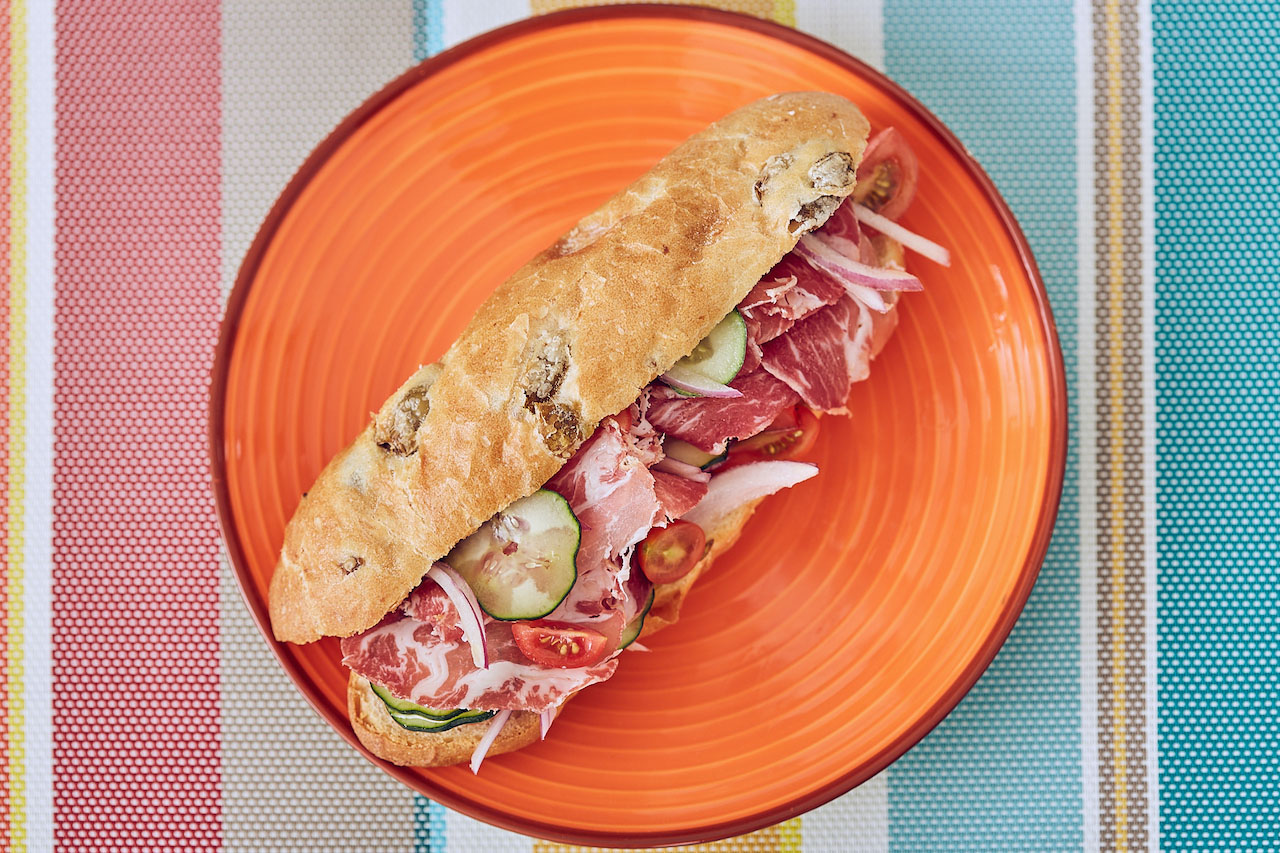 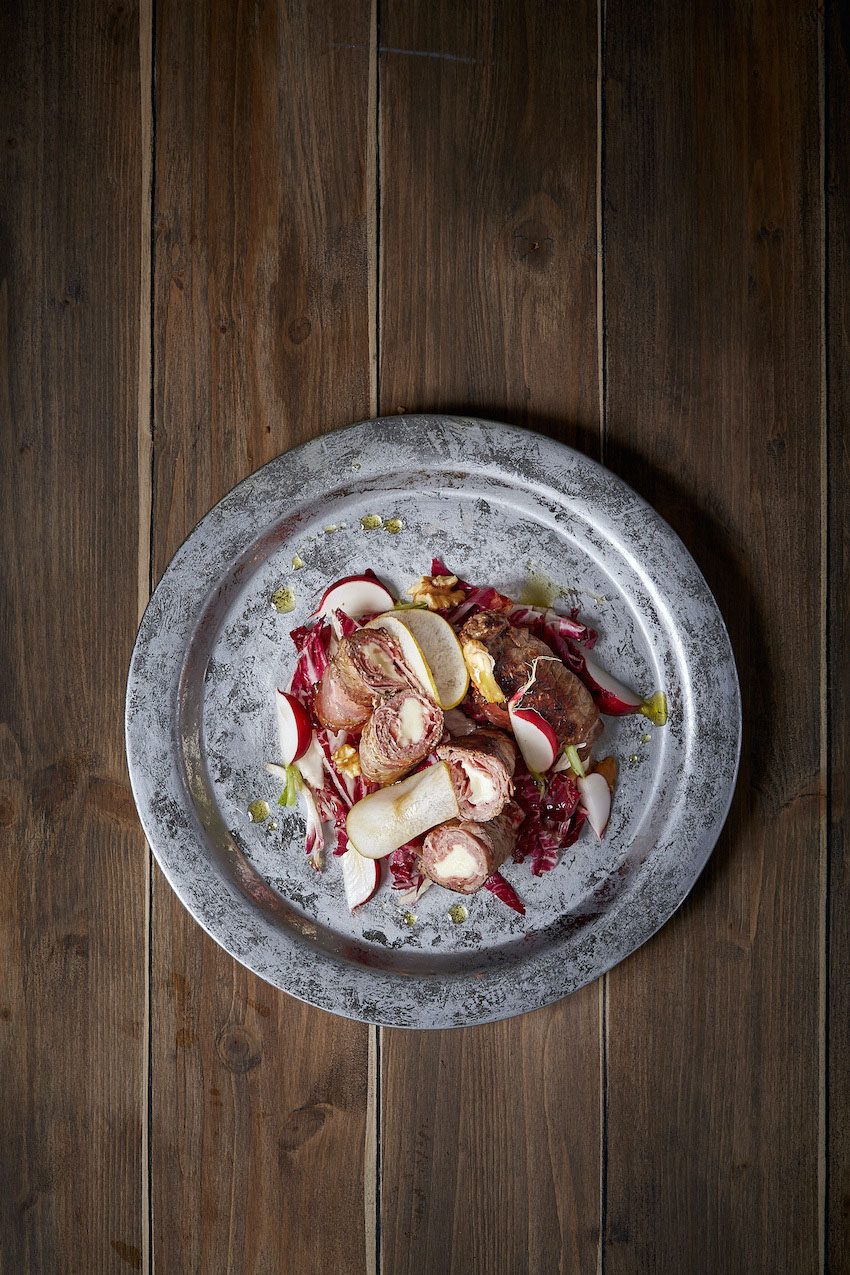 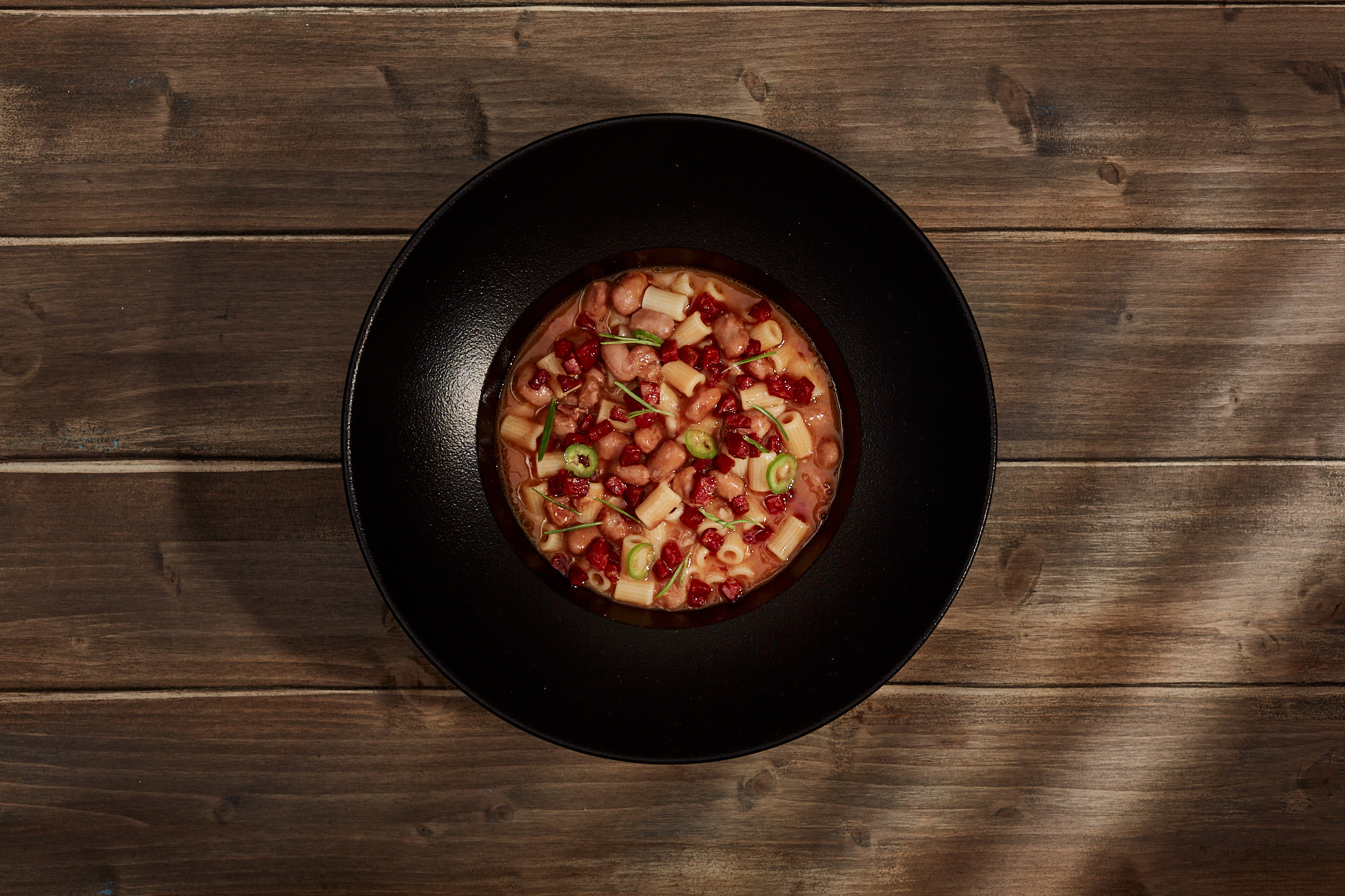