The Carne Salada of Trentino is a typical cold cut of the province of Trento, made with 100% Italian meat.

Its production dates back to 1500, when it was accidentally created in response to taxes and duties on livestock imposed by the government of the time. It started out as a ‘poor’ product and only later earned a place among the cured meats of excellence because today it is produced with the best cuts of beef rump and steak, which are gently minced and cleaned of all filaments of nerves and any fatty parts. The meat is still produced according to the traditional preservation system using the process of ” saltation” by natural isotonic dry osmosis, which lasts 15-30 days in dark rooms at a maximum temperature of 12°C.

This process is very different and should not be confused with ‘salting’, which is an action aimed at increasing the saltiness of a product. In fact, the final product is a sweet, soft and dry cured meat, similar to Bresaola della Valtellina and with a very low calorie content (only 100 Kcal/100gr).

During the production process the meat is also massaged with spices such as pepper, rosemary, laurel, juniper berries and sage. During the seasoning period, the meat loses its liquid and forms a natural “salamoia”, hence the term ‘carne salmistrata’, which in the local dialect ultimately gave it the name ‘carne salada’.

The carne salada has a perfect balance of delicate fresh meat and spicy notes.

It can be prepared in a variety of ways: either pan-fried or grilled to enhance its flavour and traditionally accompanied by borlotti beans; or, more frequently, it is served raw or as a tartare dressed with a drizzle of extra virgin olive oil or a lemon-flavoured oil. It is a very versatile product that can be used to make tasty meat rolls or even ragout 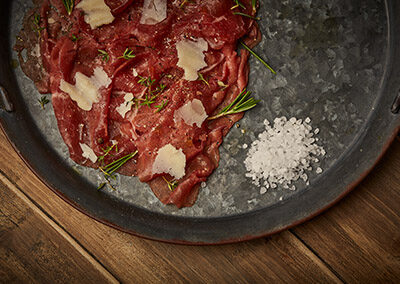 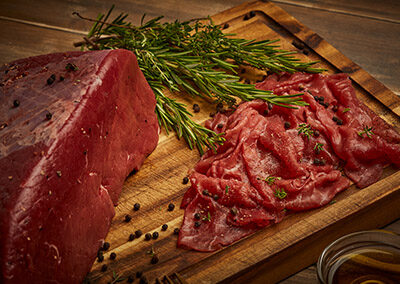 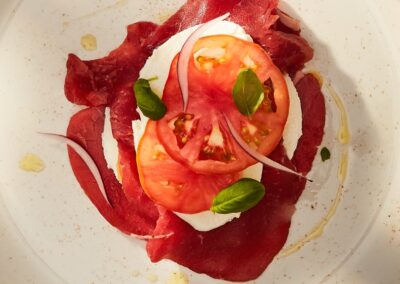 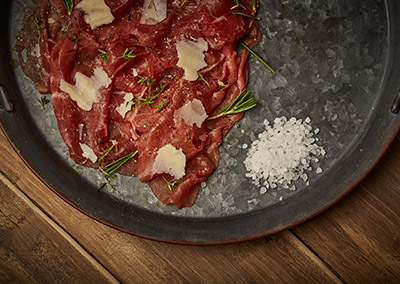 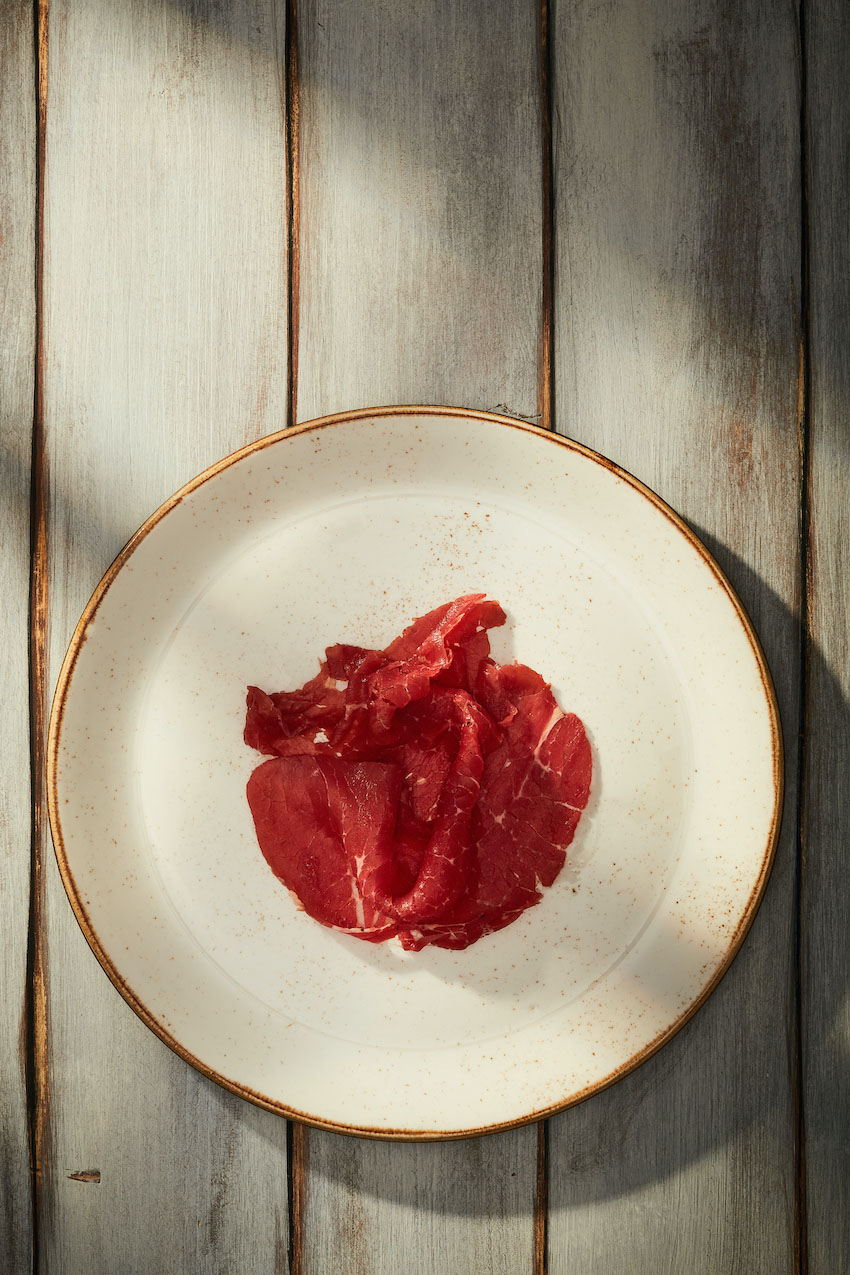