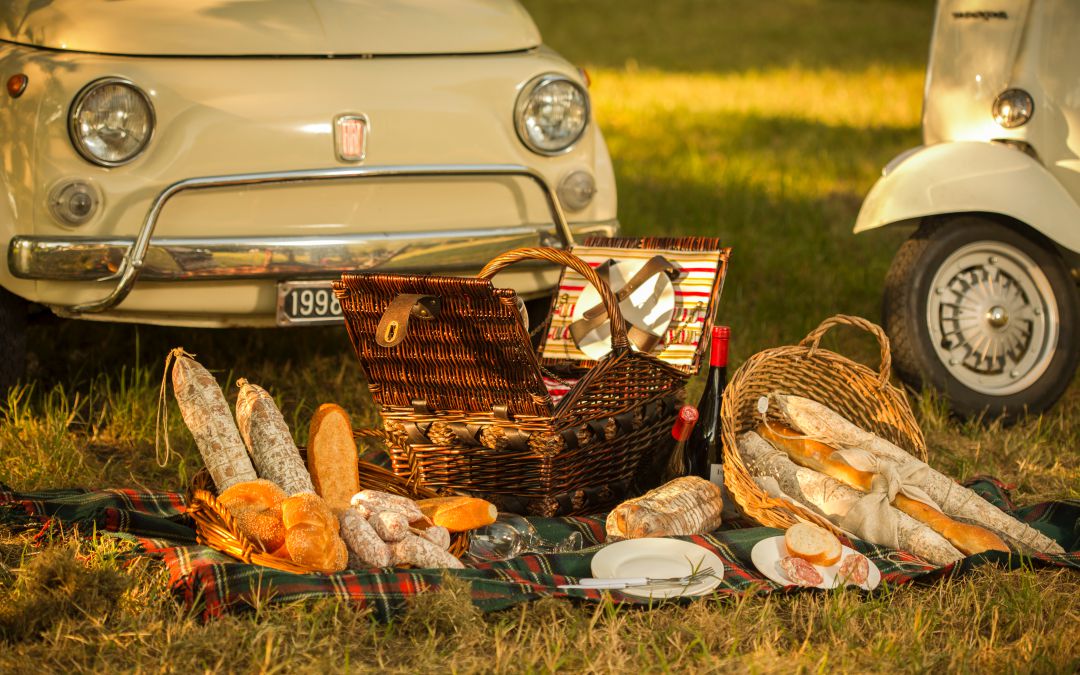 The Italian food and wine tradition is characterized by genuine products that are bound up with the territory and whose origins are often very ancient.

Italian cured meats are the flagship of Italian traditional cuisine. These products are meat derivatives and differ from one another in transformation and processing methods.

Pork is what is mainly used in cured meats, but we can also find other excellent products consisting of white turkey or chicken meat, horse meat, beef or game.

Although they are not properly dietetic products, nowadays Italian cured meats production takes advantage of all the improvements made in terms of farming techniques, animal feeding and the choice of raw materials.

Cured meats in Italy and in the world: an ancient history

An inscription relating to a kind of salami was found on the tomb of Ramses III; even though it was in Classical Greece when the first sausages were produced, and we even find them mentioned in Aristophanes’ plays.

In Italy, the first processed forms of sausages appeared during the Roman Empire: we can find references of that in the work of Cato the Censor, Juvenal and Horace – in his “Satires”. Meat – either pork or wild boar – was salted and stored in wooden barrels.

It seems that Romans were so fond of ham that, according to Varro, they also imported it from Cisalpine Gaul. Even the very appreciated mortadella was born in the late Roman period in ancient Bononia and was originally made of pork and myrtle.

We find the first mentions to cured meats in the Middle Ages, with reference to salt-preserved products. However, it was only in the Renaissance when the first pork butcheries – called “norcinerie”- were born together with the Corporations which were responsible for regulating the production of cured meats. Cardinal Girolamo Farnese himself decreed which meats and spices should be used in making them.

In the 19th century the first semi-artisanal workshops were opened, but it was only in the 60s when cured meat factories (salumifici) spread, combining innovation and tradition.

The main dry cured meats – i.e. sausages made with fresh meat that is subjected to different conservation processes and techniques – are:

The famous Prosciutto San Daniele DOP is originally from Friuli Venezia Giulia, a territory that is blessed with the alpine air and sea breeze. Prosciutto di Parma DOP, instead, is produced in the Province of Parma. Other excellences include Sauris PGI dry cured ham –produced in the province of Udine– and Jambon de Bosses PDO –originating from Saint-Rhémy-en-Bosses in the Aosta Valley.

Bresaola PGI is produced in Lombardy, Valtellina: it derives from beef meat and the finest cut is called “Punta d’Anca”. In Valtellina, they also process meat from the French Charolaise and South American zebu breeds. After being put in brine for 15 days, meat is stuffed into a natural gut casing and then left aging.

The production area of Culatello Zibello PDO is Bassa Parmense. The meat cuts used to prepare the culatello are finer; the trimming is strictly done by hand and the seasoning – of at least 10 months – takes place in cellars or in premises with controlled humidity and temperature.

Speck Alto Adige PGI is produced in Trentino Alto Adige, in the autonomous province of Bolzano. Originally treated as a kind of food usually consumed by poor people, speck is produced with the pork leg which is opened and massaged with a mix of spices. The meat rests in the brine and then is smoked with mild smoking woods such as beech, juniper or ash wood.

Coppa di Parma PGI is a cold cut meat produced exclusively in the provinces of Emilia Romagna and Lombardy. It is obtained from the meat located in the cervical tract of adult pigs (from breeds such as White Landrace and Duroc). The “Disciplinary of the Protection Consortium” indicates the allowed ingredients and the processing stages, from trimming to maturing.

The main production areas of cooked ham are Lombardy, Friuli Venezia Giulia, Liguria, Piedmont and Emilia Romagna. It comes from the pork leg and its preparation consists of numerous steps. The first historical traces were found in Herculaneum and Pompeii excavations, where remains of a ham and some pork recipes were found.

Mortadella di Bologna PGI is mainly produced in Emilia Romagna, together with Tuscany, Lazio, Marche, Veneto and Lombardy. Pork meat is finely chopped, mixed with lard and various spices (such as pepper and pistachio), stuffed and then steamed in air stoves.

Produced in the Modena area, Cotechino PGI has a history that goes back to 1510. During the siege of Mirandola –by the armigers of Pope Julius II della Rovere– the cook of Pico della Mirandola slaughtered all the pigs in order not to leave them in the hands of the enemies and in so doing he created the first trotter in history.

This sausage –originating from Savona, Piacenza, Lazio and Piedmont areas– is produced with the pork shoulder, with lean parts and meat scraps from other pork processes. Once the meat is minced, bacon (or lard), spices and flavorings –such as wine or mint– are added. Then it is stuffed in a casing and steamed.

Zampone di Modena PGI is produced throughout Emilia Romagna, in Lombardy and in the Veneto provinces of Rovigo and Verona. It differs from cotechino by the type of casing used. Here, the casing is made out of the leg skin of the pig which releases fat during cooking.

Tasting one of the many Italian cured meats means not only satisfying all the senses – first and foremost the palate -, but also paying homage to the long Italian history and culture in the food and wine field.