Matteo Fronduti, chef at the Manna restaurant in Milan, wonderful touch and a technique that allows him to use all the ingredients in a creative way, always finding a balance in the dish.

By his own admission, he has a strong affinity with pork and an unbridled passion for offal. A wonderful touch and a technique that allows him to use all the ingredients in a creative way, always finding a balance in the dish. A physique du role that makes him fearsome, but with a noble soul that slowly comes out, and a natural predisposition for fun. This is Matteo Fronduti, chef at the Manna restaurant in Milan and a great lover of everything connected to pork. 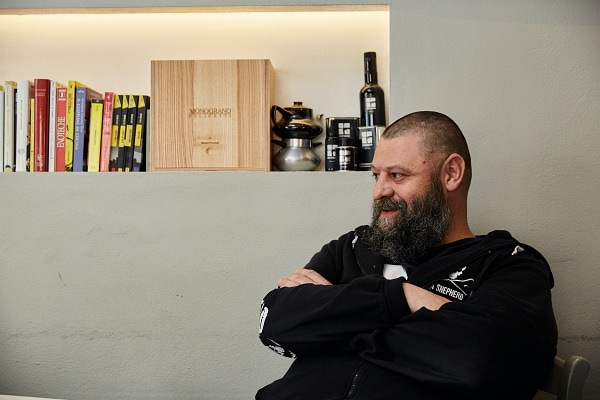 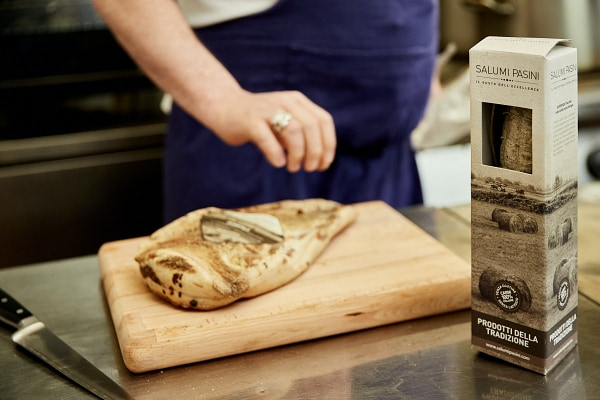 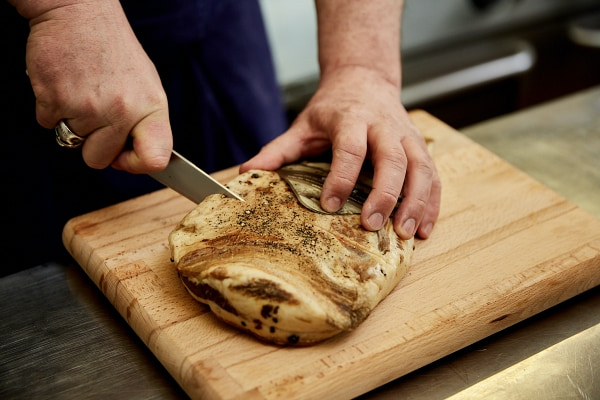 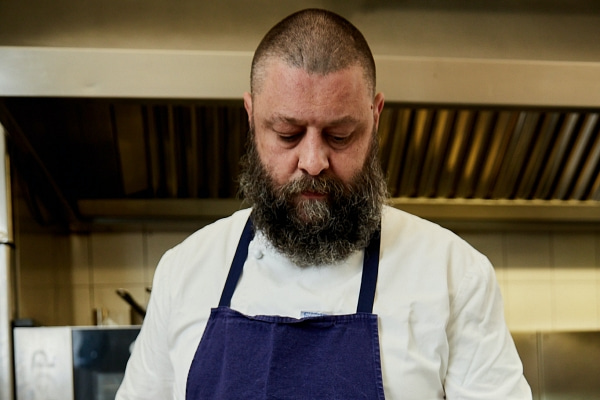 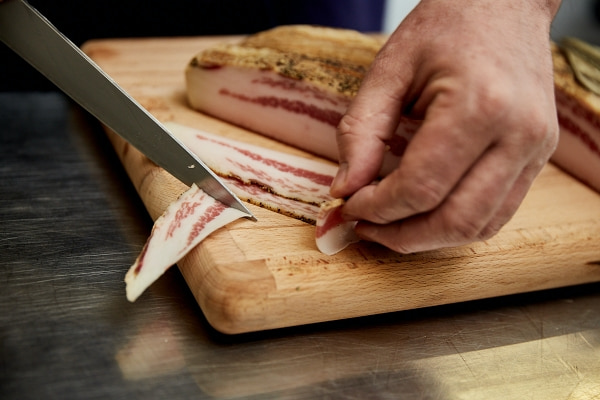 Tell us about your predilection: where does it come from?

You could say that the pork and I are one thing, I have a privileged relationship with pork due to an elective affinity. Because he is unstoppable like I am: he has no satiety reasoning. So, especially regarding eating, we are similar. But for me this is also a way of living: I have never set too many boundaries. I know this has side effects, but whatever. The problems that follow from choices are only side thoughts. In short, I’m restless, I’m never satisfied. Just a do in my life!

What is your first memory of charcuterie?

When I was in primary school, I took part in a WWF nature camp in Alto Adige and I distinctly remember tasting a cured sausage: it wasn’t salami but it was not a raw sausage either, it was cured and smoked. And that was the first time I tasted a real smoked food and, for me, that was an epiphany. It was a completely new taste that I didn’t know, and I loved it. I still like a lot smoked food and I often use it as a flavour boost in my dishes.

The smoked flavour is a taste you particularly love: why?

What part are cured meats playing in your cooking?

At home my mother cooked a lot, so cold cuts were not so often around. But the everyday cured meat at home is definitely mortadella, alone with bread. I still have a predilection for mortadella, and today it is the cured meat I eat with most pleasure. It is not considered as a gourmet food, it is always linked to a plan B: it is not culatello! Yet I have valorised it by putting it on the menu in various forms: in gourmet meatballs, roasted pasta served with stracchino and mortadella, in a sauce.

Another cured meat that I use while cooking is cured ham, for example in my ham and Porto rice. In this case, the cured ham is defatted, dried and then powdered and placed on top of white Parmesan rice, with a pure Porto reduction to sweeten the whole thing.

And then there’s the guanciale: versatile, it can be used raw, dried or roasted: using it in cooking can be quite fun. Since we reopened, we have been testing a dessert that has bacon shortbread with popcorn ice cream, salted caramel and cocoa beans.

But charcuterie is not only present on our dishes….

Since we opened the Gastronomia di Periferia we have offered not only ready-made dishes that you can eat at home but also a range of products that you would normally buy in a delicatessen. And in the selection I have also included mortadella and salami, my favourite cured meats, the most “popular” and least considered by gourmets. 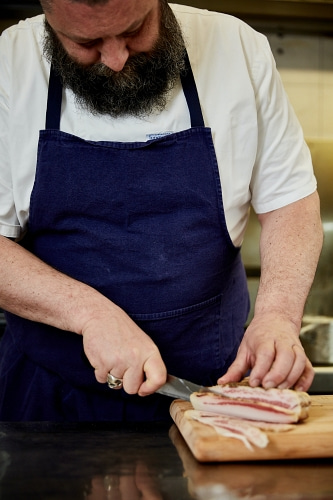 These two cured meats have the lowest ethics and narrative; in the collective imagination they are the children of a minor butcher’s god. However, if you find someof them  that are well produced and really tasty, you can feel a huge difference in quality.

Back to the stories
X Close