Home / News /How is Grana Padano Cheese made: Origin, Nutritional Values ​​and Recipes

How is Grana Padano Cheese made: Origin, Nutritional Values ​​and Recipes 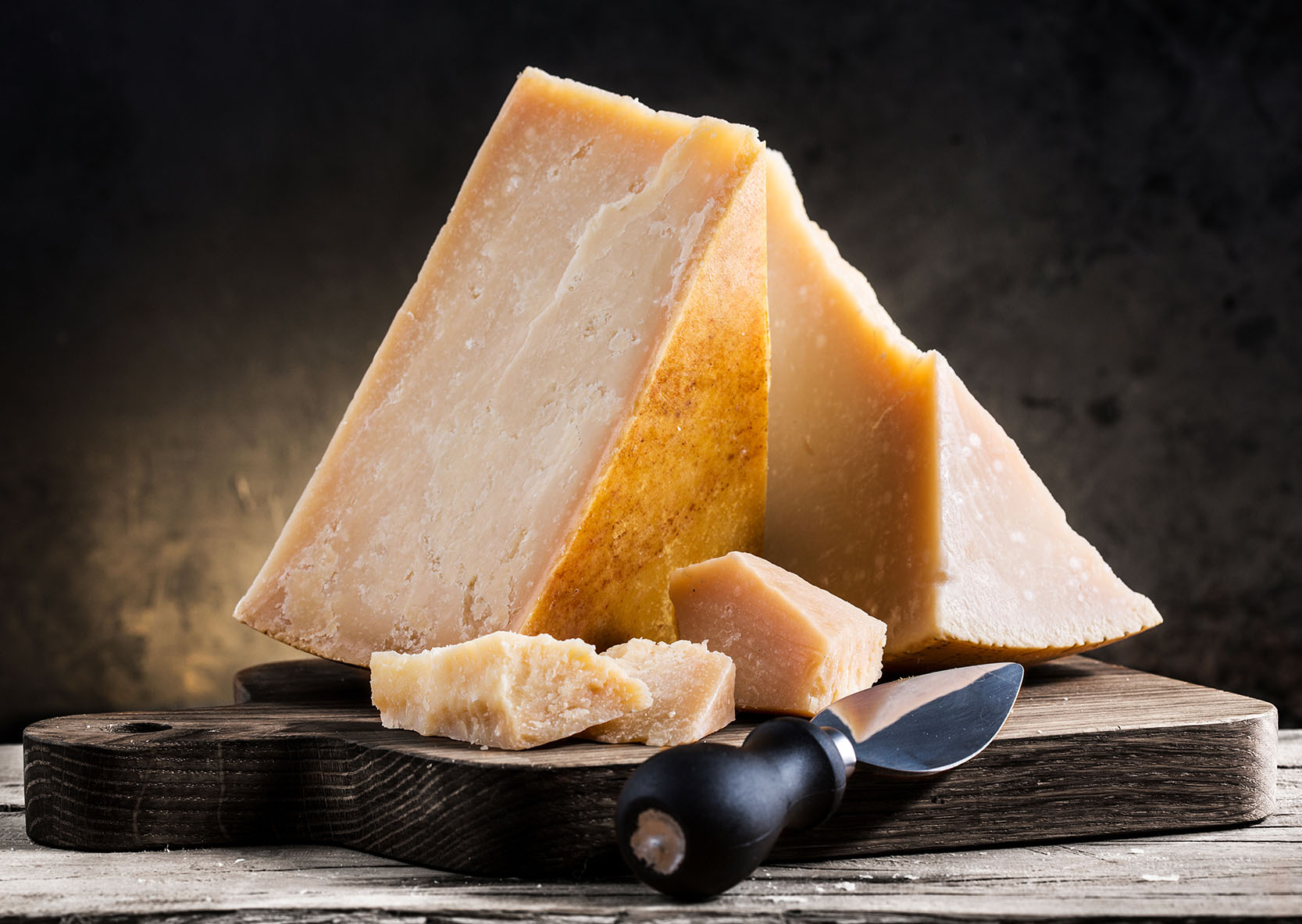 The birth of cheese is lost in the mists of time: it seems that the art of cheese was born with the Tartars and Persians and then spread among other civilizations.

Famous is the “Frieze of the Dairy”, made by the Sumerians in the third millennium BC, as well as the writings of Columella and Varrone that narrate the production of the first cheeses in Roman times.

Dairy techniques evolved in the Middle Ages within the monasteries. It’s precisely in this period that Grana Padano was born, one of the most loved and exported cheeses worldwide.

In the Middle Ages, Breeding and agriculture were practised strictly following the rhythms of Mother Nature: only seasonal products were consumed, and it was also done relatively quickly, being the conservation techniques were still very limited.

For example, milk was milked and consumed quickly, as were fresh cheeses: the situation changed in 1135, thanks to the ingenuity of the Cistercian monks of the Abbey of Chiaravalle.

They decided to reclaim the lands between the Adige and Mincio rivers, thus obtaining more space for crops and the breeding of cows. The milk available consequently increased, and the monks decided to transform it into Caseus Vetus, a hard cheese made by adding rennet to the milk.

Thus was born the first Grana Padano, and the first dairies were the boilers of the Abbey and monasteries that copied them.

The people, who were not familiar with Latin, called this new cheese Grana Padano because the paste was grainy and was produced in the heart of the Po Valley.

In the beginning, it was most appreciated by the nobles. The cargo of Grana Padano that in 1504 Isabella d’Este sent to her relatives, the dukes of Ferrara, is well-documented. Very soon, however, even the poorest class began to appreciate this cheese, which can be stored for a long time without deteriorating.

Even today, it can be said the production method of Grana Padano has substantially remained unchanged over time, according to a process defined by the “Consortium for the Protection of Grana Padano Cheese”, which started in June 1954.

Based on these rigorous rules, the cows from which the milk is taken to produce Grana Padano must come exclusively from the geographical area of ​​production, which includes 32 provinces scattered between the regions of Piedmont, Lombardy (except Mantua and the right bank of the river Po), Veneto (except in the province of Belluno), Trentino Alto Adige and Emilia Romagna.

Among the ingredients used to produce a Grana Padano PDO, there is, first of all, milk, milked manually twice a day at most or taken by automatic milking.

Then there is the natural whey and then the rennet, extracted only from the calf’s stomach and used to allow the coagulation of the milk.

The solution of water and salt is crucial, thanks to which the cheese acquires flavour and encourages the elimination of excess whey and the formation of the crust.

Finally, the lysozyme is added, an enzyme with an antibacterial action extracted from egg white and used, before rennet, to counteract the fermentation caused by the Clostridium Tyrobutyricum spores.

The production phases of Grana Padano are simple, and the first part involves milk which is partially skimmed in copper boilers at a temperature between 8° and 20°, utilizing natural surfacing. In this phase, the whey is added; thanks to the milk bacteria formed the day before, it will allow the milk to turn into cheese.

Once the temperature reaches 31° -33°, the rennet is added to the milk. When the curd is formed with a tool called a spino, it’s crushed into many small pieces.

The broken curd is then cooked so that all the pieces of curd are deposited on the bottom of the boiler.

After a resting period of a maximum of 70 minutes, a paste is created, taken using a wooden shovel and placed inside a linen cloth called schiavino.

The dough is placed on tables and then inserted into a mould with an upper disc to exert the necessary pressure.

After about 12 hours, a plastic band is inserted between the cheese and the mould, which will imprint the identification marks. Then the classic casein plate is added, which will make the cheese traceable and become one with the rind.

After 24 hours, a steel band is inserted to replace the elastic one, rounded and perforated, thanks to which the Grana Padano will take its typical shape.

After two days, the cheese wheel is immersed in water, rises from a minimum of 14 days to a maximum of 30 days, and then passes into a warm chamber where it will dry.

Grana Padano is a very energetic and healthy food: 100 grams of the product provide about 398 Kcal. It is lactose-free and rich in proteins, vitamins (especially A, PP, E and group B), minerals (in particular calcium, zinc, phosphorus, potassium and magnesium) and nine essential amino acids.

Grana Padano in the kitchen

Grana Padano is a versatile food, a king in Italian cuisine, from first courses to second courses and appetizers. It can be consumed cooked and raw, especially as an energy snack for the youngest ones and athletes.

Grana Padano proves to be food suitable for all ages and all stages of life, from menopause to pregnancy, up to breastfeeding and old age.

Baskets of Grana Padano with stracciatella and raw ham

To prepare this finger-food aperitif, you need:

To prepare this side dish, to combine with the second course of meat, you need:

To prepare this great classic of Italian cuisine, you need:

Conclusion on how Grana Padano is born

Knowing the history and characteristics of Grana Padano, which in 1996 was awarded the much sought-after “Protected Designation of Origin“, means learning a piece of the history of Italy and its gastronomic heritage.

It is no coincidence that this exquisite cheese is among the most exported globally, particularly in England, the United States of America, Canada and most of Europe.