Determined, tireless, passionate about horticulture and biking, he feels deeply the Italian lifestyle, and he aims always to the inner perfection even more than the aesthetic. One of the leading young figures among the world’ s great Italian cuisine, Michelangelo has earned his credibility worldwide by working tirelessly with big name’s international teams. He is so attached to his family and his childhood that the traditional cuisine has become a symbol and a signature for him. He is always looking for a taste that brings back the moments that most influenced his existence, and he tries to reinterpret them with a contemporary vision. This has led him to win two Michelin stars in a restaurant surrounded by the green hills of Piedmont. 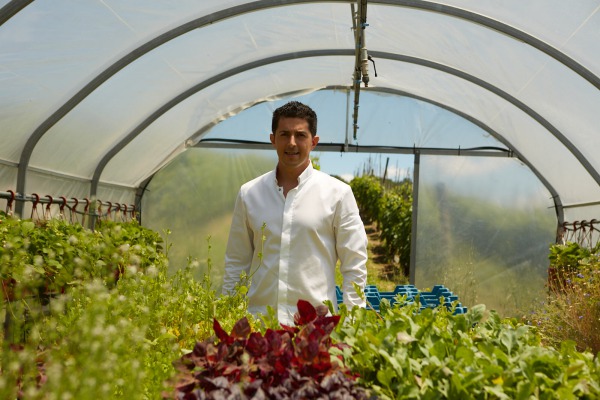 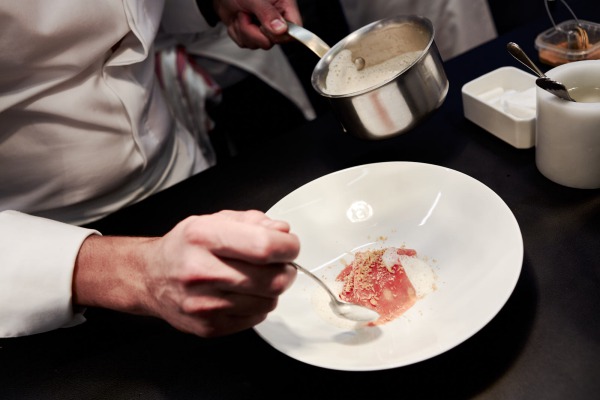 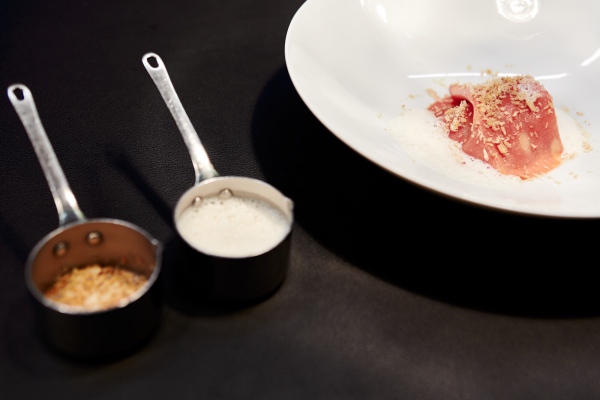 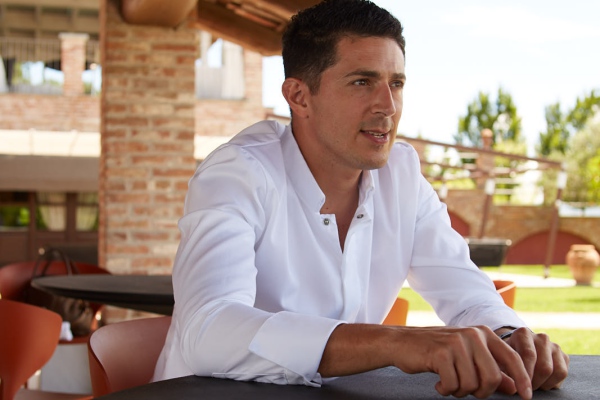 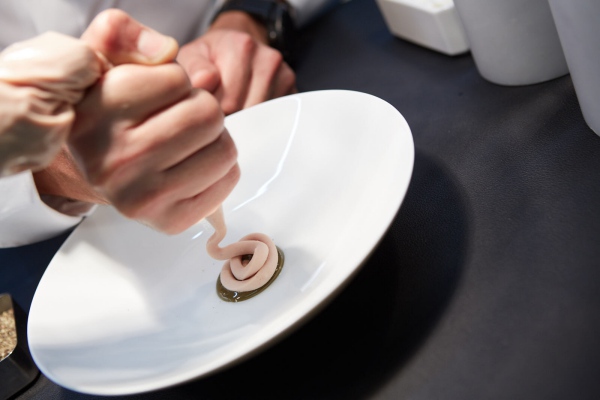 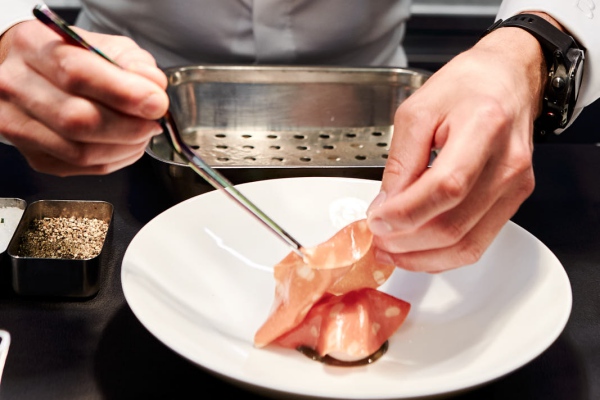 What’s your first memory of charcuterie?

My family has always produced homemade cold cuts. I would say, my first memory is bread and mortadella, my grandfather used to prepared it during Easter, together with broad beans and pecorino cheese combined with lard and bacon. But what is reminding me more about my childhood is the sandwich we used to “build up” with my early in the morning, around 6 o’clock. The bread was bought from Giovanni, the baker. Then we were passing by the butcher, Giorgio: we would give him the bread and he would cut the bread and fill it in with the ham sliced at the moment.

At 8 o’clock, once back at the family restaurant, we were ready to add the Russian salad that my grandmother would have bought at Casa dei cappelletti (the local gastronomy). And the sandwich was ready to eat. I have created a recipe out of that memory: it’s called Open your mind.

What type of cured meats have you used in your dishes?

Well, I used a lot of cold cuts in my dishes. The first one was “BBQ”: spaghetti cooked in a barbecued ham extraction. I have approached neurogastronomy since 2015, and I wanted to go further with it together with a psychologist friend, who also was noticing how much I was able to bring people back to memories and emotions through my dishes. “BBQ” describes to me the precise taste of the pork chop that my dad used to grill, followed by other dishes, such as risotto with chorizo and lemon leaf extraction, his memory of a trip to Spain. Or on my recipe “from north to south” I am telling a story of my dad’s favourite cod tripe dish, which I cook in an extraction of toasted seeds and with potatoes cream flavoured with ‘nduja in the pommes soufflées.

I actually think that the most representative charcuterie dish is my ‘bread and mortadella’. I created it two years ago: a thin layer of egg pasta cooked in extraction of mortadella, with a Bronte pistachio sauce with fermented Indian pepper. This dish is finished in the dining room with some crumbs of Japanese panko bread toasted in mortadella oil. I mean… that’s the real essence of the mortadella!

When did you meet Salumi Pasini?

It was really by chance. I was in Milan with my girlfriend and we stopped at a Milanese place that makes sandwiches with cold cuts, and they prepared a very simple sandwich with bread and mortadella. My first thought was: “this mortadella is amazingly good”. I asked around and they told me it was from Salumi Pasini. From there I contacted them and they immediately became my suppliers.

How would you define your kitchen today?

In my opinion, there are four words that characterize my vision of cooking: vegetables, concentration of flavors, extractions, aromas. For me, the raw material is always in first place, and must be respected and valued as much as possible. In this period I consider myself a gardener cook, I am at nature’s disposal and I do what nature tells me to do. 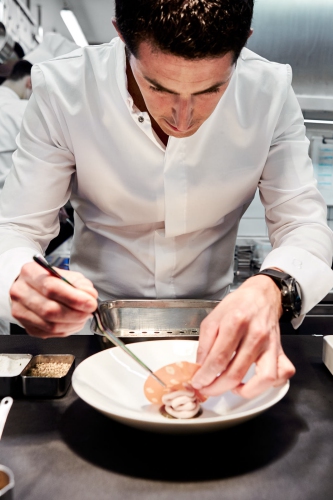 I am also certainly influenced by my travels and the countries I have lived in.

What about the future?

I believe that the evolution will be towards even more minimalism. If I used to pay a lot of attention to aestheticism, in the future I think I will focus more and more on whether the product remains intact. I think it’s a question of age and maturity: you get to a certain point and you find peace with yourself. This is the way you are and you do this kind of cooking: everyone has his or her own identity, the kind of cooking is done by me, it’s me, they are my tastes.

Back to the stories
X Close