Home / News /Can you eat Emmental Cheese while you are pregnant?

Can you eat Emmental Cheese while you are pregnant? 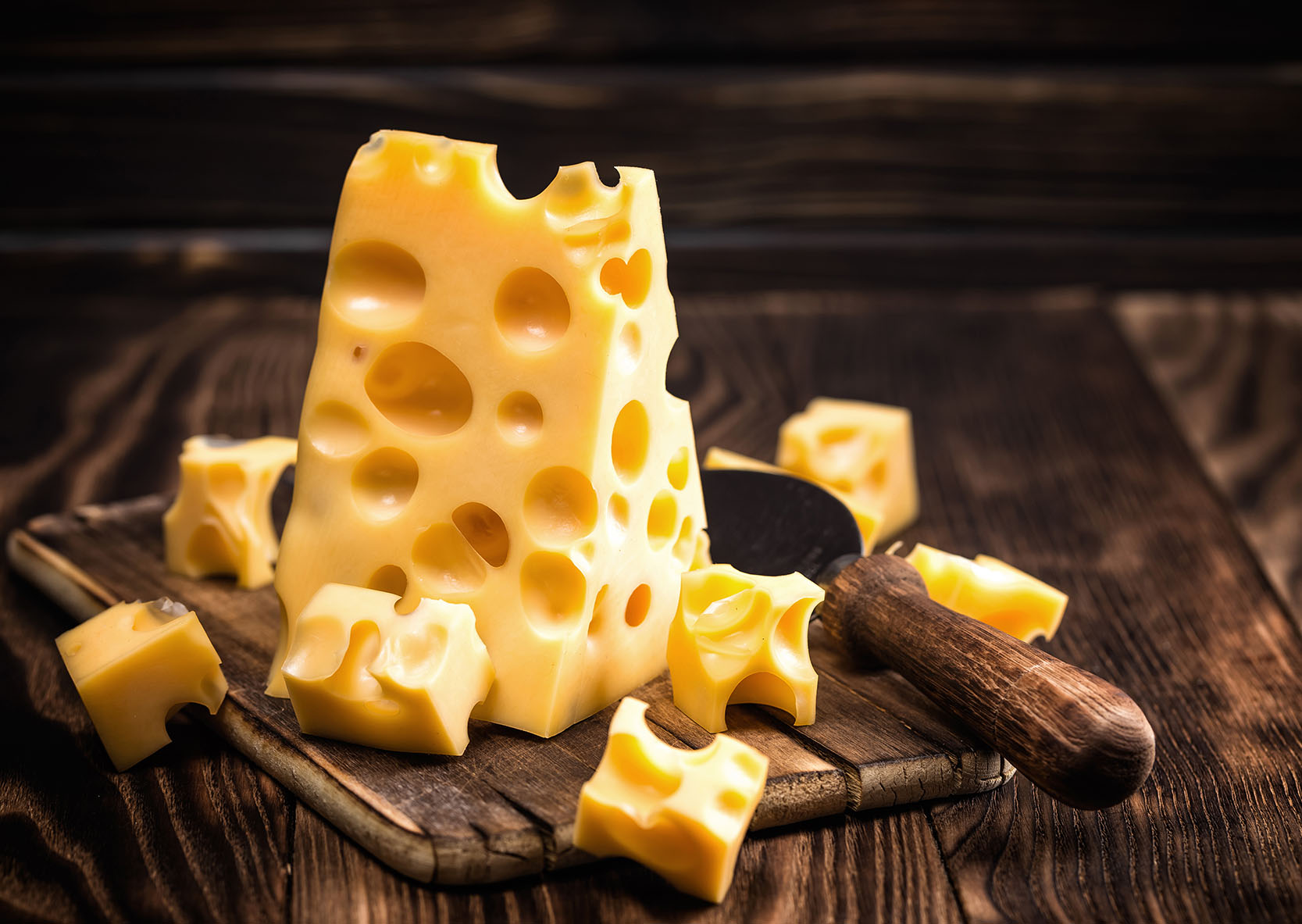 I have good news for all the cheese-loving women expecting: you are free to enjoy the Emmental cheese while you are pregnant since the milk used for its production is subject to pasteurization and therefore boiled at over 70° C.

This process controls the acidic level that could alter its taste, but it also contains the multiplication of bacteria that could be harmful to the foetus.

Also, cooked cheese is an excellent source of calcium, a nutrient that will help develop the baby.

Calories and nutritional values of the Emmental cheese

100g of Emmental cheese contain 380Kcal, of which:

Since it contains a high level of fats, we recommend that you eat it in moderate quantities to avoid unwanted weight gain and the rise of bad cholesterol in your bloodstream, one of the leading causes of various diseases. Just think of atherosclerosis.

Another characteristic that you should not overlook is the high level of salt. Too much salt can cause the accumulation of liquids and water retention and cellulite, and localized fat deposits.

Can you eat Emmental cheese during pregnancy?

Of course, you can, so long as you get rid of the crust and incorporate the food into a healthy diet.

This cheese, like many dairy products, besides being very delicious, contains a healthy dose of calcium and proteins, two nutrients that are essential for the support and growth of muscles of both mum and baby.

But there is more: this food also contains magnesium, phosphorus, and Vitamin B12.

What types of cheese can you eat during pregnancy?

As a pregnant woman, when exploring the types of cheese that you can eat, you must consider the following factors:

That said, these products are perfect for you:

On the other hand, you should avoid these:

Any dairy product that is not pasteurized can contain all kinds of pathogens like E. Coli and listeria. The latter is a bacterium responsible for an infection called listeriosis, which can cause miscarriages, premature births, gestational complications, infant mortality, septicaemia, and different issues in the baby’s system.

In addition, if a mum contracts the listeriosis, she will not show any symptoms, but she can still pass it to the baby through the placenta.

In some cases, this pathology can show up in the third trimester in lower back pain, vomit, fever, nausea, diarrhoea, muscle pains, and general unwellness.

Lastly, pregnant women are ten times more likely to contract listeriosis than others. However, to avoid this situation, all one needs to do is take the necessary precautions, like avoiding non-pasteurized dairy products and fresh milk from the stable.

Recipes that you can make using the Emmental

Below, we propose three recipes that are Emmental based, and that can satisfy the cravings of any pregnant woman, and not only.

This dish has French origins, and it is equally delicious and easy to prepare. It’s perfect for keeping yourself warm during those cold winter evenings.

You can refrigerate this dish for a couple of days, but we advise against freezing it.

Hot or cold, this dish is delicious. The salty cake with mortadella, Emmental cheese, and potatoes is perfect even for a picnic.

You can refrigerate this cake for only three days.

This typically rustic recipe can add life to an autumn dinner setting, and it’s perfect as a second course or a stand-alone meal.

Pumpkin pie and Emmental cheese can be refrigerated for two days, whether it’s uncooked or cooked. When it’s cooked, all you need to do is heat it in an oven or a microwave before eating.

Conclusion on the Emmental cheese

Emmental cheese is a product included in the list of foods allowed during pregnancy, so long as it’s not eaten in excess quantity.

It’s a product that contains an elevated dose of calories and salt, so if you overeat it, it can lead to a series of problems, like weight gain and the build-up of bad cholesterol.

Since the milk used is pasteurized, it’s possible to eat it raw or cooked.

If you want to enjoy it in all its glory when it’s cooked, we advise that you let it rest at room temperature for 30 minutes before devouring it.