Home / News /How to Cook Mortadella? The best recipes

How to Cook Mortadella? The best recipes 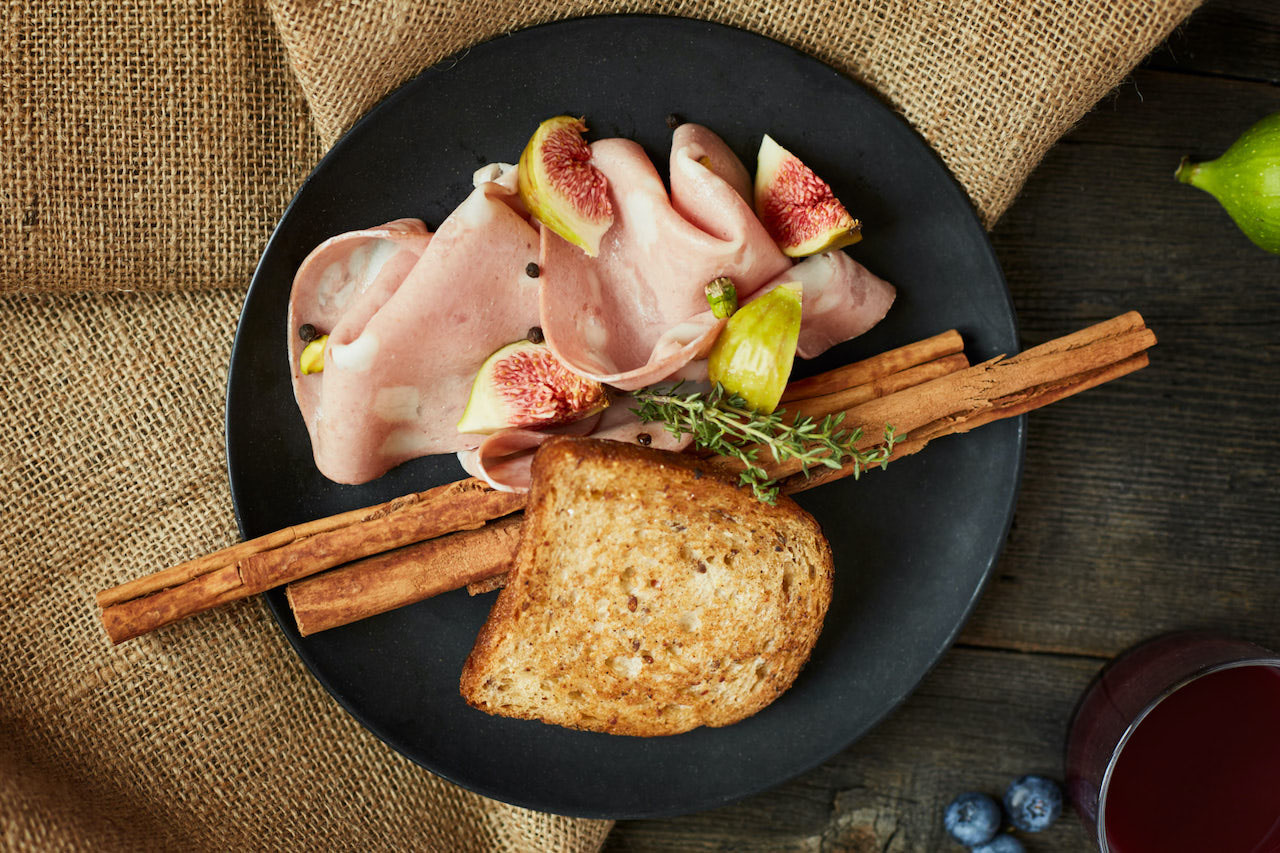 Among the best known and most appreciated cured meats in Italy, there is undoubtedly mortadella. Originally from Bologna, this Italian speciality can be enjoyed alone or paired with other cured meats on a platter served as an aperitif.

Thanks to its versatility, it is also excellent in kitchen preparations, ranging from traditional Bolognese tortellini to more unusual dishes.

Let’s see below the nutritional characteristics of this cold cut and how to best use it in the kitchen, focusing mainly on three recipes.

Calories and properties of mortadella: the nutritional profile

Mortadella certainly cannot be considered a low-calorie food: it contains 317 calories per 100 g. As far as macroelements are concerned, almost 20% of calories are proteins, while about 75% comes from fat, and the remaining 5% are carbohydrates.

It follows that this ingredient should ideally be consumed only as an enjoyable exception and certainly not as a component of the everyday diet.

In any case, it is essential to note that compared to other cured meats, it boasts a good percentage of iron and phosphorus and, despite being rich in salt, the percentage of sodium is still lower than other sausages.

How to use mortadella in the kitchen

Depending on the method used for its preparation, mortadella can be consumed both as you buy it from the shop, cut into thin slices or thicker cubes, and lightly seared in the most varied recipes.

It is excellent, for example, for first courses, when it’s presented in the cubes format, but it is also valid inside meat rolls, where it gives flavour and soft texture.

It cannot be missing in the fillings, ranging from the traditional ones of the Emilian tortellini, to those of the Sicilian falsomagro, a kind of meatloaf, up to the vegetable preparations as the potato gateau.

Moreover, due to its simplicity and versatility, it can be used for soft mousses with cheese and dairy products, such as ricotta or stracchino.

Perfect matches of taste: the ingredients that enhance mortadella

When it comes to ideal combinations with mortadella, we cannot but mention pistachios. The preparation of this cured meat boasts a now traditional version, which involves roasted and salted pistachios inside the sausage, which give the mortadella crunchiness and additional flavour.

Hence, a mortadella platter can be completed with the addition of pistachios to be shelled. Mortadella is also particularly appreciated in sandwiches, in which it is served cut into very thin slices and finds the best taste combinations with various types of cheese.

It is excellent with more intense flavours, such as aged cheese and gorgonzola, but it can also give excellent results with peppers or tuna sauce. The other ingredient that spectacularly enhances mortadella is “the prince of the undergrowth”, one of the most sought after and expensive foods in the world.

We are obviously talking about the truffle, whose sensory nuances, in which the earthy notes stand out, perfectly match the sweetness and fatness of mortadella, whose primary flavour is sweet.

Therefore, the combinations are not unusual in gourmet pizza stuffed raw with high-quality Bologna mortadella and black summer truffle.

Mortadella stands out among the excellent cured meats of homegrown production far beyond the territory of Bologna, from which this preparation originates.

Its particular consistency is suitable for traditional fillings, such as in tortellini and rich Sunday meatloaves.

We have selected three of the best recipes with this cold cut, which can also lend itself to original and unusual preparations, which balance its fatness and richness thanks to the addition of lighter ingredients, such as ricotta or spreadable cheese.

Tortellini, a classic of the Bolognese tradition with mortadella

We certainly could not start from the best mortadella-based recipes without considering the territory of origin where these caskets of fresh pasta are born, made with care and handed down over the generations.

Tortellini are an example of how the ingenuity at the basis of Italian gastronomy arises from the need to reuse leftovers in another form.

Tortellini pasta comes from mixing only type 0 flour and eggs, in a proportion of 100g for about one egg: by working the dough with wisdom and patience, it is possible to obtain an elastic sheet rolled out by hand or special tools.

The filling is prepared by grinding 100g of ham and 100g of mortadella and later adding 100g of minced pork loin, 150g of Parmigiano Reggiano, an egg, a pinch of nutmeg and salt. Once everything is mixed, it is preferable to leave the filling to rest for one night in the refrigerator.

From North to South: mortadella in a potato gateau

Widely used throughout the Bel Paese, one cannot fail to notice how mortadella is particularly appreciated in typical Southern Italy preparations, as in the case of potato gateau.

To prepare this classic of the Neapolitan tradition, it is also possible to use other diced cold cuts, such as cooked or raw ham, yet mortadella guarantees that perfect flavour, which does not overpower the delicacy of potatoes.

To create this recipe, which was born like most Italian dishes from a reused products, few ingredients are needed, cheap and easily obtainable. Just boil a kilo of potatoes, which will then be drained when ready and mashed still hot with the help of a special tool.

We’ll then add two eggs, a couple of tablespoons of grated cheese and whole milk, as well as 200g of smoked stringy cheese, such as provola or scamorza.

To add taste and an additional supply of protein, you can add approximately 150g of mortadella cut into cubes. Once the mixture is ready, all you need to do is distribute it evenly on a previously buttered and floured baking dish, sprinkling with breadcrumbs and a few flakes of butter.

Mousse of mortadella, excellent as an aperitif

The third recipe is also the simplest because it can adapt to the greatest number of occasions: a mousse made with spreadable cheese and very few other ingredients.

It is sufficient to use a 200g package of spreadable cheese, even with low fat, and the equivalent of the weight of mortadella. The two main ingredients will be blended in a food processor and mixed with salt, pepper, a teaspoon of lemon juice and one horseradish or mustard.

The result is a perfect cream to be spread on croutons alone or further enhanced by the addition of gherkins, peppers in oil, truffle flakes, watercress and much more.

This preparation is very suitable for the winter months, but if served together with fresh vegetables cut into strips, it can give its best even in spring or summer. One of the added values ​​of this recipe is the vast possibility of customization, allowing everyone to create a sort of base for their croutons.

For example, for those who prefer a lighter dish, it is possible to replace the spreadable cheese with ricotta, which will give a slightly fluffier and softer consistency and reduce the caloric intake.

The ricotta and mortadella mousse is ideal for filling vol-au-vents or savoury croissants that recall the sweet ones found in trays of pastries.

Why the versatility of mortadella cannot be missing on the table

In conclusion, mortadella represents one of the unmissable ingredients on the tables of those with a sweet tooth and those who want to take advantage of the practicality and versatility of this cold cut.

Thanks to its sweet flavour, which can be made even more delicious with pistachios, mortadella is very suitable for transversal consumption. It is loved by young and old generations alike, even if its high caloric intake makes it a greedy exception and not part of the everyday diet.

However, even in small quantities, when wisely cooked and combined, it can give taste and personality to preparations with minimal ingredients.