Home / News /How to Cook Pre-cooked Cotechino: All the ways

How to Cook Pre-cooked Cotechino: All the ways 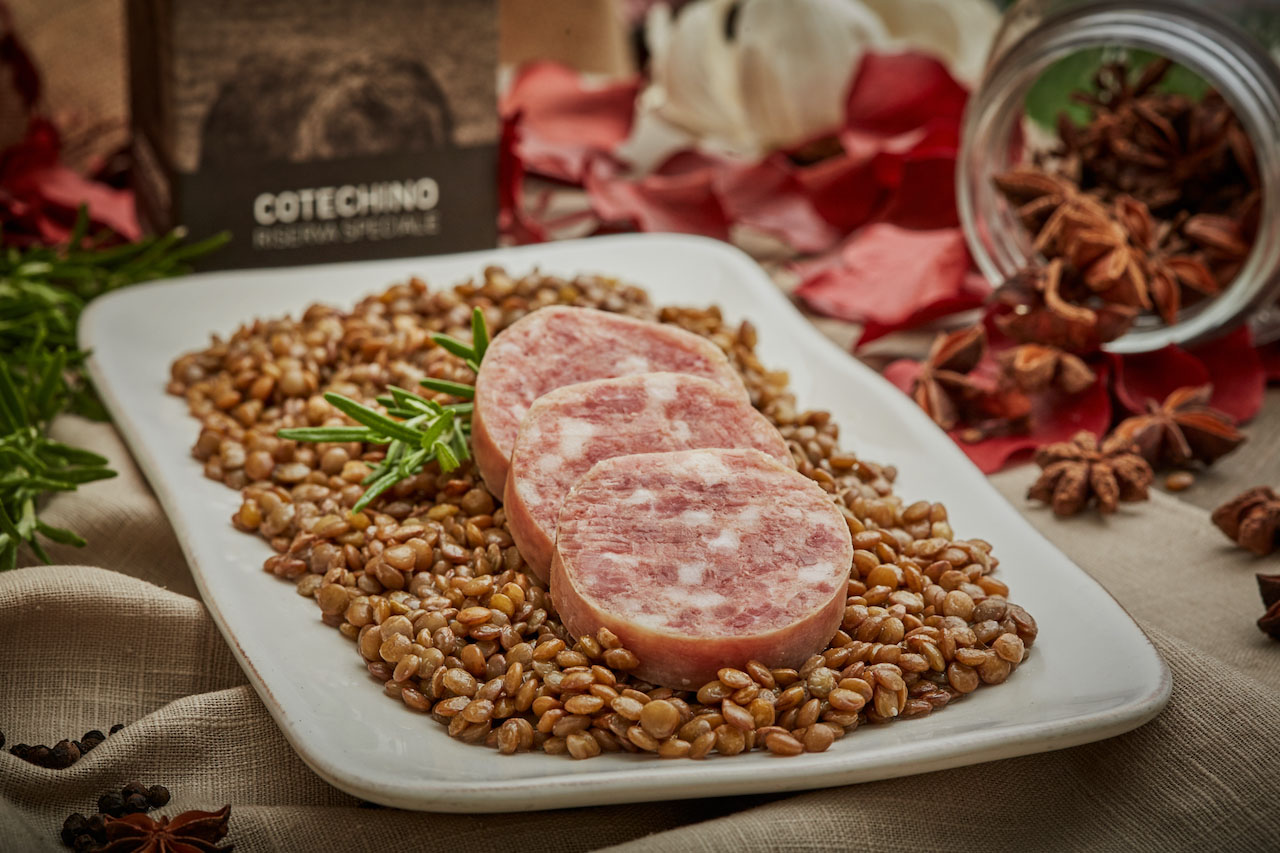 A single word, and it’s immediately wintertime: Is the precooked cotechino. This Modenese specialty is usually prepared during the Christmas holidays and dates back to an ancient era when pork was preserved in the best possible way.

Unlike zampone, which is stuffed into the animal’s foot, cotechino is made with a natural casing of mixed meat.

Served with legumes since its inception, it is traditionally eaten on New Year’s Eve with lentils, which according to popular belief, are a good luck charm for the new year.

How to cook precooked Cotechino

Preparing precooked cotechino is very easy: it is simple to cook, without the need for any technique or any particular tool.

The advantage of precooking is that it radically lowers home preparation time, making this product suitable for everyone, even those with little time to cook.

Let’s see how to proceed: bring plenty of water to the boil in a pot large enough to cook the cotechino lengthways.

Without piercing the vacuum bag and removing it, place it in boiling water and leave it for about 30/40 minutes. For a precise cooking time, always check the Directions time on the packaging. What we are giving you is an average approximate time.

Cooking should be done over medium-low heat: the water should simmer, not a bubble.

Once the cooking is over, the bag must be removed from the water, opened with scissors to eliminate the remaining fat. This must be done with care because the bag will be boiling, and once opened; it will release a lot of steam, very hot.

The residual grease should be stored in a container and thrown in the unique waste and used oil or otherwise hazardous waste.

At this point, the cotechino should be peeled and cut in slices of about one centimetre, on a cutting board and with a sharp knife, to have homogeneous pieces and prevent it from flaking. It is ready to be served, with a side dish of mashed potatoes, lentils or other accompanying vegetables.

What if there’s a leftover cotechino?

Once cooked, if there are leftovers (but we’re sure there won’t be!), the cotechino can be stored for a day in the refrigerator, on a plate tightly wrapped with plastic wrap or in an airtight container.

If you don’t finish it all or if there are only two of you at home, the slices of cotechino that you don’t eat right away can also be frozen so that you can keep it longer, even up to a month. This is done by placing it in slices in food bags.

To defrost it from frozen, you can place it in the refrigerator for a few hours and then place the cotechino on a non-stick boiling pan so that a tasty crust forms on the surface and the inside remains soft.

This also applies to leftovers, unfrozen cotechino: you can vacuum-cook it as described and then pan-fry it already sliced for an even more potent flavor.

You can also do this step with freshly cooked slices: the result will be even better and enhance your dish.

What to accompany precooked cotechino with?

We recommend that you let your imagination run wild for a good combination apart from the classic lentils or mashed potatoes.

Often polenta is an excellent taste pairing: both in the soft and thicker versions, cut into slices and grilled with a bit of oil: a delightful combination.

If, on the other hand, you want to “degrease” it and have a less rich dish, cooked leafy green vegetables, such as spinach or savoy cabbage, boiled and served with salt and a drizzle of raw oil will be perfect.

After discovering the best way to cook our cotechino and having revealed all its secrets in the kitchen, we can move on to the practical realization of some recipes in which it is the protagonist.

The most classic version in the crust to the most complex version, used in risotto, to a sandwich that will satisfy even the youngest guests.

Here are the advantages of precooked cotechino

Once upon a time, it was only possible to get it fresh, and it was prepared in the cold months, when the pigs were slaughtered.

Today we can have it vacuum-packed, pre-cooked so that it can be consumed in a much more practical way, with more uncomplicated cooking and above all in a much shorter time.

In the traditional raw version, the cotechino must cook for at least two hours, while the precooked one is ready in much less time, just half an hour to be able to bring it to the table hot and steam.

After discovering how to cook our cotechino at its best and having revealed all its secrets in the kitchen, we can move on to the practical realization of some recipes in which it is the protagonist.

From the most classic in the crust to the most elaborate version, to be proposed in risotto, up to a sandwich that will please even the youngest.