Home / News /Can you eat Brie when Breastfeeding?

Can you eat Brie when Breastfeeding? 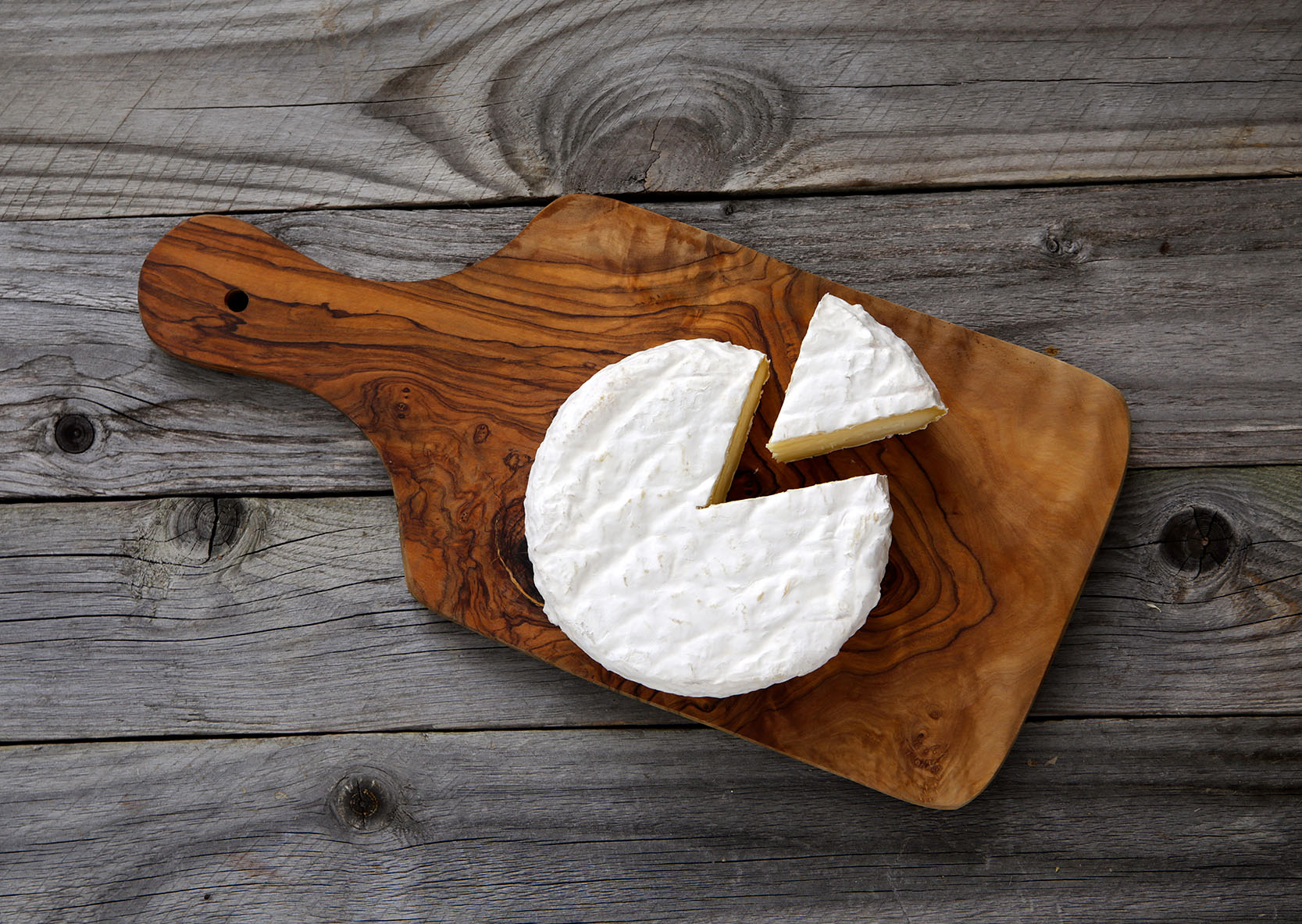 With its unmistakable voluptuous consistency, brie is a soft cheese originated in France but is loved and produced worldwide today.

It’s almost butter-like core is enclosed by a crust covered in an edible white blooming mold.

Traditionally, it is made with cow milk, even though other versions are made with goat milk. It’s a food that is particularly rich in nutrients, with a variegated nutritional profile and a high-fat content.

It represents a good source of proteins and vitamins A and B-6.

Even though France is considered by many – and they are not wrong – the world reference when it comes to cheese production, thanks mainly to the wide variety of different types, the brie is undoubtedly the best-known one and most exported.

This unique dairy delicacy came into existence thanks to the initiative of a religious order.

As a matter of fact, in the faraway 7th century A.D., there were few people that had the financial resources and time to experiment with the processes of food transformation.

Monks were among the lucky ones who could spend time performing these activities, and among them, there were the creators of this soft cheese, which originated in the Meaux area, about 30 miles east of Paris.

The ultra-ancient origins of this delicacy make its story studded with illustrious lovers. Just think of the fact that among the people who loved the brie, we have the emperor Charles the Great, who affirmed in 1774 that he had discovered one of the most delicious things in the world the moment he had a bite.

This product’s charm is undeniable, and it derives primarily from its never-seen-before balance between flavor and consistency.

A blooming crust conceals a creamy filling with a particularly complex sensory profile, which contains flavors that range from cream to mushrooms, down to hay.

Depending on aging, every brie takes on a unique characteristic. Traditionally, the brie is produced with cow milk and aged for between 40 and 60 days.

The current phases of production start with pasteurization, which intends to eliminate possible harmful bacteria. The milk is then cooled down, with the subsequent addition of natural rennet, and left to solidify.

Once the curd is formed, they transfer it into specially made circular stamps.

When the cheese becomes sufficiently solid, it’s taken out of the stamp, salted, and left to refine for a varying time, depending on the producer’s aim.

Given the peculiarity of this cheese and the presence of a blooming crust, many people wonder if its consumption is always safe.

Inside this research, we will try to find out if you can eat the brie while breastfeeding, a stage that is without a doubt delicate, during which it is common to have some doubts.

Brie: Can you eat it while breastfeeding and why?

Pregnancy can result in plenty of deprivations as far as eating habits go.

Not only is it mandatory to avoid alcohol, but it is indispensable to stay away from food like raw fish, some types of cured meat, and soft cheese like the brie as well.

The reason why soft cheese like this one should be avoided is that they constitute a fertile ground for the breeding and proliferation of listeria, the bacteria that causes listeriosis.

This element can make its way into the cheese when the milk is not pasteurized and during the packaging process.

Since pregnancy weakens the immune system, the chances of contracting listeriosis increase, the reason for which the brie becomes a forbidden food during the gestational period.

However, there is a straightforward and excellent solution for those who do not want to give it up, even in terms of the taste: cook it.

The safest option is to choose a soft cheese with a pasteurized milk base and cook it until it has melted completely.

In pregnancy, besides the brie, this procedure should be reserved for the Camembert and the “chevre” types, which is the goat cheese with a white crust, and the local Taleggio cheese.

What happens after delivery?

As a matter of fact, after almost a year of culinary sacrifices, even breastfeeding is a period that demands some form of attention when it comes to eating.

The reasons, however, are pretty different, and therefore the solutions too.

When a baby is born, you should no longer be afraid of contracting infections caused by certain bacteria. This is why there are not so many restrictions on what one can or cannot eat while breastfeeding.

Even though false myths still manage to be conceived and fueled by the very natural fear typical of a new mom. In reality, it is essential to clarify that very little of what a mother eats travels through the breastmilk and is passed on to the baby.

Many dairy products and soft cheese that were advised against during pregnancy, save for the cooked version, are fully allowed while breastfeeding instead.

However, what needs to be taken note of is that the food influences the smell and taste of the breast milk.

This is perhaps the most complicated aspect. Suppose you notice that the baby does not appreciate the breast milk due to the intense flavors derived from cheese with an unmistakable taste like the brie. In that case, it is advised to wait a few months before going back to eating it usually.

Instead, if the newborn does not react negatively, there are no problems, so long as you consume this rich cheese in moderate quantity.

A further clarification concerns the chances of inducing or fostering the development of possible allergies, which many schools of thought consider to be more likely when cheese consumption is consumed with a blooming crust.

In reality, unless there is a family history of that nature, it’s unlikely that the newborn will develop allergies.

Lastly, cheese-like brie is advised against – the same goes for adults – when the baby is suffering from skin irritation, like the formation of eczema, which could worsen following the indirect ingestion of this food.

Which cheese is allowed while breastfeeding?

Cheese is an excellent source of calcium, paramount for the little one, which means that it’s indispensable in terms of a healthy and balanced diet.

While breastfeeding, the mummy must consume a sufficient amount of calcium since otherwise, the newborn would absorb too much of it, therefore giving birth to a phenomenon known as bone reduction.

Many foods derive from the essential Italian dairy tradition. That allows the mother to prevent the newborn from using their reserves to integrate the calcium present in the mother’s milk.

For example, a diet rich in ricotta and other dairy products can be essential for allowing the baby to receive all the calcium they need without necessarily having the mum consume specific integrators.

As far as other cheeses are concerned, it is essential to understand that even though the well-seasoned ones, like the Pecorino or the Parmigiano Reggiano, are a good source of calcium, they contain a high percentage of sodium.

This is why it is advised to introduce a limited amount into your diet.

Sodium increases the chances of calcium being expelled from the body through the urine, therefore making the benefits connected to the consumption of cheese in vain and keeping – in what seems like a paradox, only the less positive aspects.

Ultimately, the new mom can eat any soft cheese that was forbidden during pregnancy.

So, besides the brie, it is possible to incorporate Camembert, Taleggio cheese, Feta cheese, and many more delicacies into the diet.

The most important thing is to verify that they are strictly made with pasteurized milk. Products that are being sold in stores usually respect this rule of production.

It’s only in the case of artisanal production that such happens, but, according to European law, that aspect is always highlighted to give more clarity to the consumer.

In conclusion, while breastfeeding, there is no cheese to avoid altogether, so long as you consume everything in moderate quantities.

Overall, your eating habits can be very similar to those you had before the pregnancy.

Unless you notice skin irritations or adverse reactions on the baby, soft cheese like the brie allows you to integrate that precious calcium into a balanced diet, providing the newborn with different flavors and all the nutrients they need.

Now that we have taken all the critical aspects that you should pay attention to while breastfeeding into consideration, including the foods that can be consumed without much thought, all that remains is to try and simplify your daily food plan as much as possible.

As a matter of fact, during the first months of a baby’s life, the mother might not have much time and energy to dedicate to carefully planning the meals.

This is why just a piece of cheese can help incorporate nutrients like calcium and vitamins without having to switch on the stove.