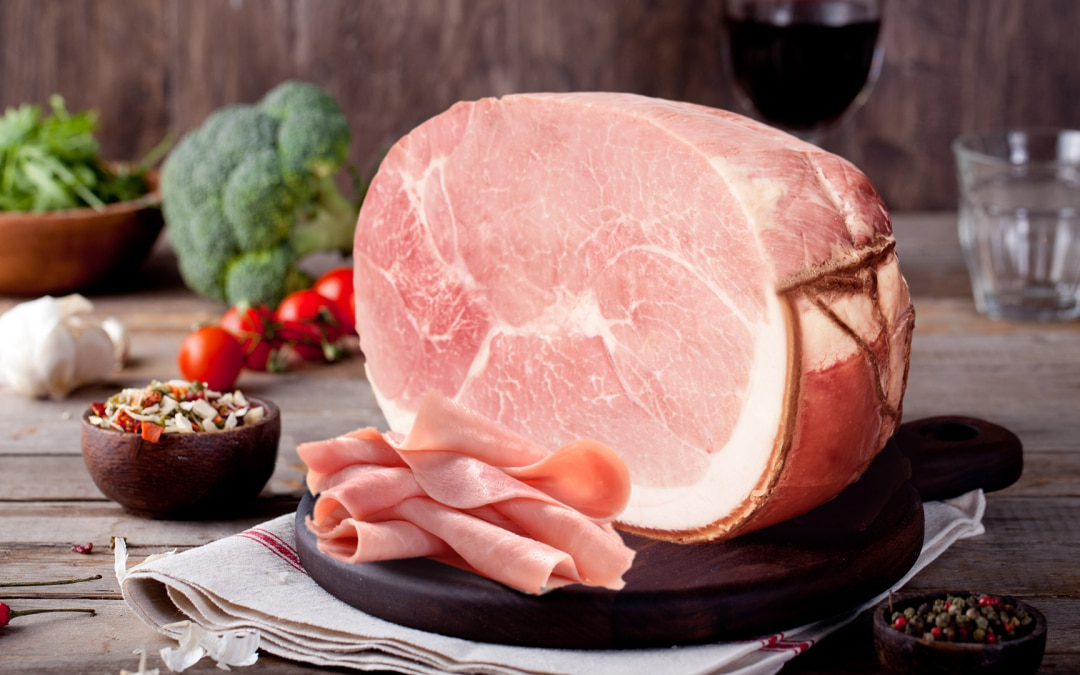 Many four-legged friends love cooked ham, but just as many owners wonder if they can give them this irresistible delicacy or face problems.

The truth is on both sides, but how is it possible to make your dog happy without causing damage to his health and having to rush to the vet?

Let’s find out together in this practical guide. It will be possible not only to find many valuable tips but also to have a broad overview of one of the best-known products present on the tables of Italians.

Since cooked ham is a cured meat containing less salt than raw ham and many other cured types of meat, it can become an excellent occasional snack for dogs, but it should not be given daily.

It is also recommended to opt for a food with reduced salt content and never overdo the quantities.

It must also be reiterated that there is a high percentage of spices and preservatives in the list of ingredients of the food mentioned above, whose digestion could be difficult for the furry ones. Indeed nitrites, nitrates, and sodium can cause hepatitis, vomiting, diarrhea, loose stools, and chronic gastroenteritis.

However, there are some rare cases in which the veterinarian advises including cooked ham in the dog’s diet, as long as the visible fatty parts are eliminated. For example, such an episode can occur when the animal has little appetite or difficulty swallowing the tablets.

In the latter case, it is beneficial to insert the tablets inside a piece of salami to camouflage them perfectly and make them take without any problem.

In any case, always opt for a cooked ham made with selected raw materials, leaving all those foods made by assembling production waste in the shop, as they are rich in harmful substances.

Sure, it would save you substantial sums of money, but it would not be pleasant at all to have to contact the vet a short time later and pay a huge bill for medical treatment.

What cured meats can dogs eat?

In addition to cooked ham, dogs, if they have no particular health problems, can eat other cured meats, including:

If the dog is large, it will undoubtedly appreciate a raw ham bone with respective traces, as it can both gnaw it with enthusiasm for a decent period and strengthen its teeth.

The animal’s organism needs to take on a minimum percentage of sodium chloride, which is already present in the foods it consumes typically daily.

Therefore, if additional doses of salt are added, they could lead to kidney damage or hypertension.

Since these are lean cured meats and contain a low amount of salt, it is possible to give dogs a more generous amount. In this case, it is always better to prefer traditional meat to be grilled or steamed;

Speaking instead of the weight of meat, calculating the daily dose is very simple. You need to weigh the animal accurately and know that it needs fifteen to twenty grams of the food above for each kilo of its weight. For example, if the credit line in question weighs ten kilos, you must multiply ten by fifteen. The weight is, therefore, 150 grams of meat per day.

What happens to dogs if they eat cured meats?

Cured meats are foods rich in saturated fats par excellence; in humans, they accumulate in the arteries and give rise to arteriosclerosis, while in dogs, they cause hepatic steatosis.

The excessive fat ingested not only blocks the liver from carrying out its functions but also makes it so fragile that any sudden movement or impact of the animal breaks it cleanly. This event could even cause the dog to die immediately.

Without falling into the most drastic situation, there are also numerous possible side effects: allergies, increased thirst and urination, blood in the stool, diarrhea, vomiting, abdominal pain, kidney and heart diseases, and chronic gastroenteritis pancreatitis and hepatitis.

What are the most harmful cured meats for dogs?

Below is a list of the most dangerous cured meats for four-legged friends, and it is therefore highly recommended not to let them eat them:

Finally, it is essential to know that many sausages, in addition to having a large amount of fat, contain garlic, spices, and various other substances harmful to the dog’s body.

But that’s not all: cured meats often made with raw processed meat can contain trichinella, a harmful parasite to fido, which can only be eliminated after cooking the meat.

How to choose the best-cooked ham

To buy cooked ham for yourself and your dog is good to take into consideration some critical parameters, including:

When the package is opened, if it is good food, it must release an aroma reminiscent of Marsala’s.

Never buy foods with greenish veins or yellowed and dried fat, as these are clear signs of deterioration. The same goes for packaging that has bulges on the top.

How to preserve cooked ham

Since cooked ham is a quick and straightforward food to find, it is good to know the rules for proper storage because giving the dog an altered product could cause illness.

First of all, it is necessary to avoid exposing it to prolonged contact with the air, as the aforementioned is its arch-enemy capable of drying it in no time at all and making it inedible even for the most voracious dogs.

Furthermore, to avoid congestion for the animal, it is better to remove it from the fridge at least half an hour before consumption to be both at room temperature and release all its aromas and thus become more appetizing.

If purchased at the delicatessen counter, cooked ham has a maximum duration of two days and must be stored in the appropriate white paper. If the item is placed in the prepackaged trays, it lasts until the expiration date shown on the label, as long as it is not opened or perforated.

Speaking instead of the hypothesis of freezing it, it is possible, but some precautions must be taken, including:

Conclusion on cooked ham for dogs

Like all foods, the cooked ham must also be eaten by dogs without exaggerating to avoid one or more of the problems mentioned above. These animals have a different metabolism than humans and can therefore react in the worst way.

In case of illness, leave them fasting and respect the instructions of your trusted veterinarian to the letter. To prevent cured meats from being accidentally ingested, finally, keep them out of their reach.