The Prague Ham is a variety of cooked ham with a slightly smoky taste.

This product is one of the most typical of the Eastern European tradition. Its origin seems to date back to the mid-19th century when, in a charcuterie shop in the city of Prague, a butcher tried to smoke a whole leg of pork after leaving it in brine. The result was a huge success and the product spread throughout the Austro-Hungarian Empire under the name of Prague Ham. Later on, this type of ham also appeared in different interpretations. In fact, it is mainly produced in Italy, Austria, Germany and Slovakia and sold in different versions, using specific recipes linked to the production area.

Prague Ham is characterised by its pinkish-coloured meat, firm fat and soft texture, together with its unmistakable golden crust. For the production of this ham, the whole leg of pork (boneless or with bone) is carefully selected. Then the leg is seasoned with a brine of herbs, spices and other ingredients to give the product its unmistakable flavour. This is followed by the smoking process that makes this ham unique, and the steaming process that can last several hours. Finally, the ham is left to cool and is then ready to be packaged.

Prague ham can be used in a variety of recipes for lunch and dinner, as well as the classic aperitif. It is excellent on a cutting board, sliced fresh and accompanied by bread, figs, Gorgonzola and walnuts. To make the platter even tastier, we recommend adding other cold cuts such as Pork Bresaola or Campagnolo Salami. Among the first courses, we suggest you try the recipe for penne with pea cream, Parmesan cheese and cooked ham, replacing the classic ham with Prague ham for a special twist thanks to its smoky flavour. Alternatively, to make a tasty main course thanks to the combination of Prague ham and meat, we recommend a veal roast with cooked ham, mashed potatoes, grilled vegetables and rosemary.

Prague ham is vacuum-packed cut in half to best preserve the product and its organoleptic qualities. It is a gluten-free, lactose-free, GMO-free product. 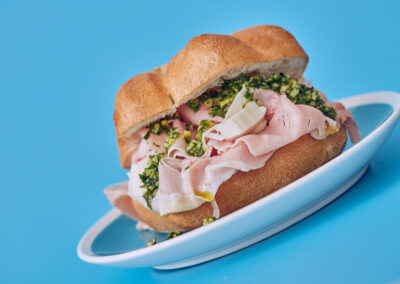 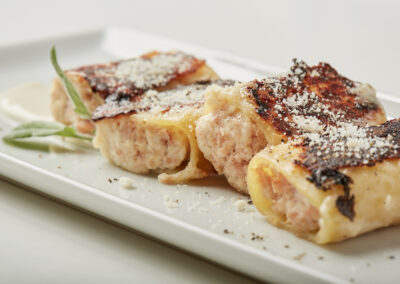 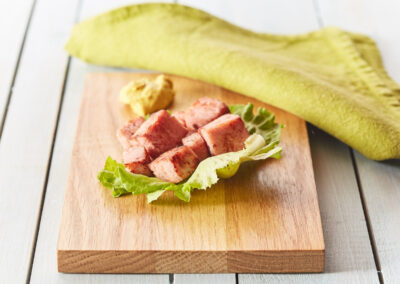 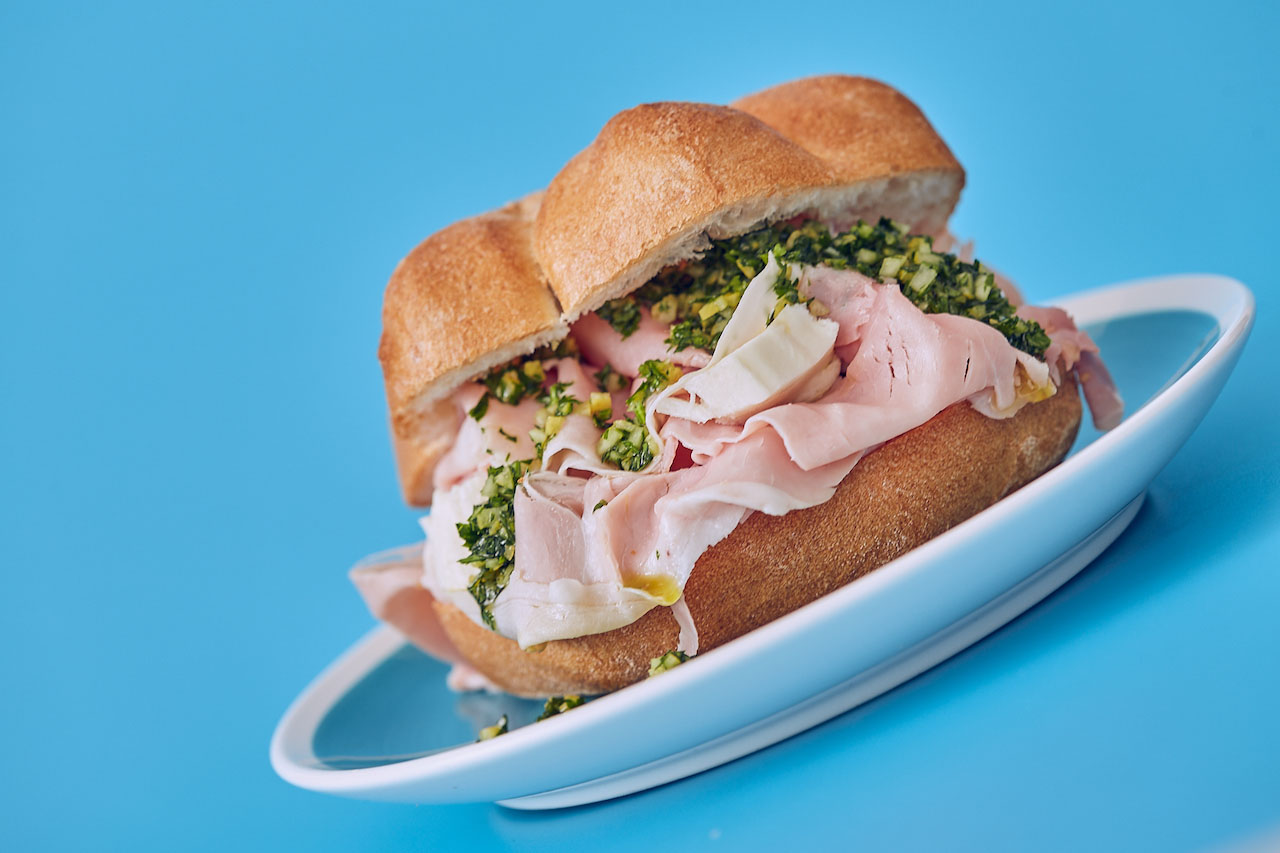 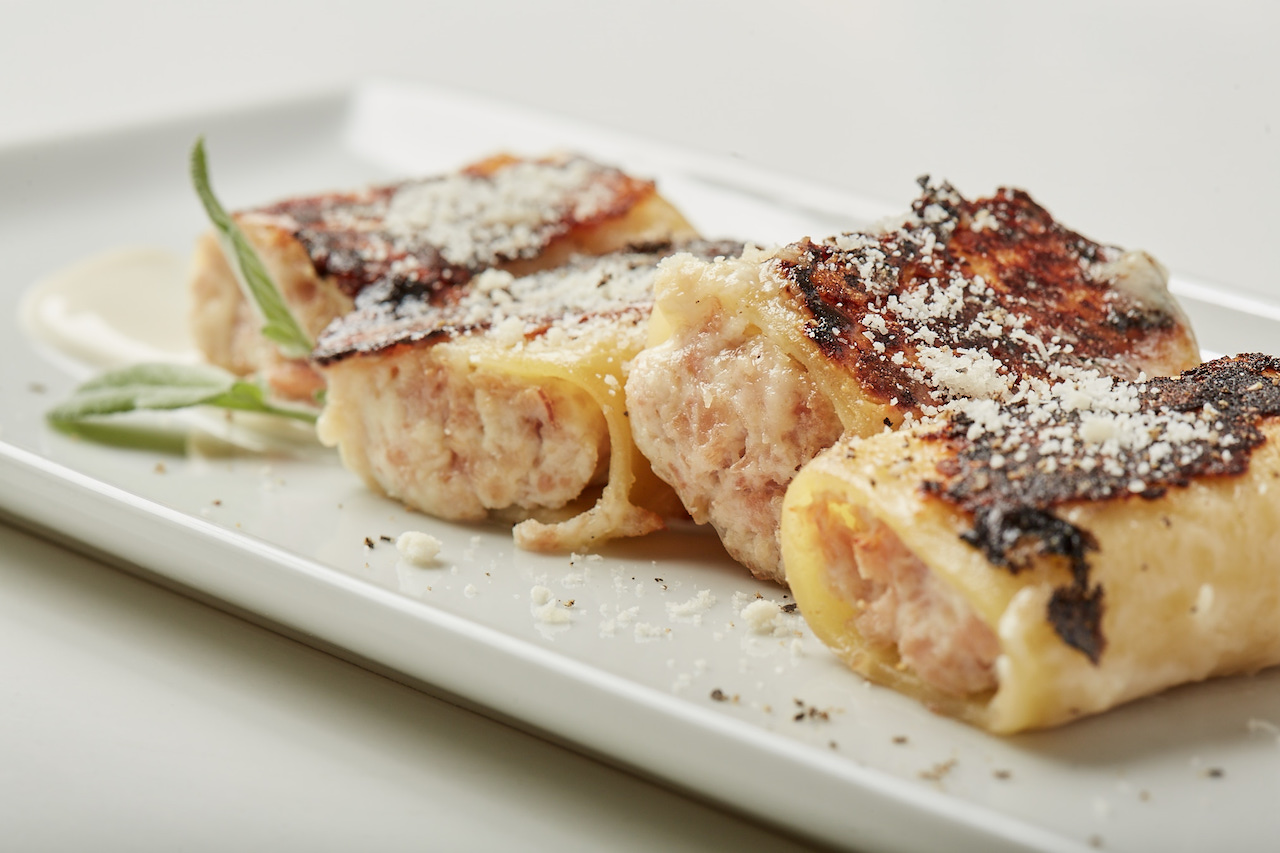 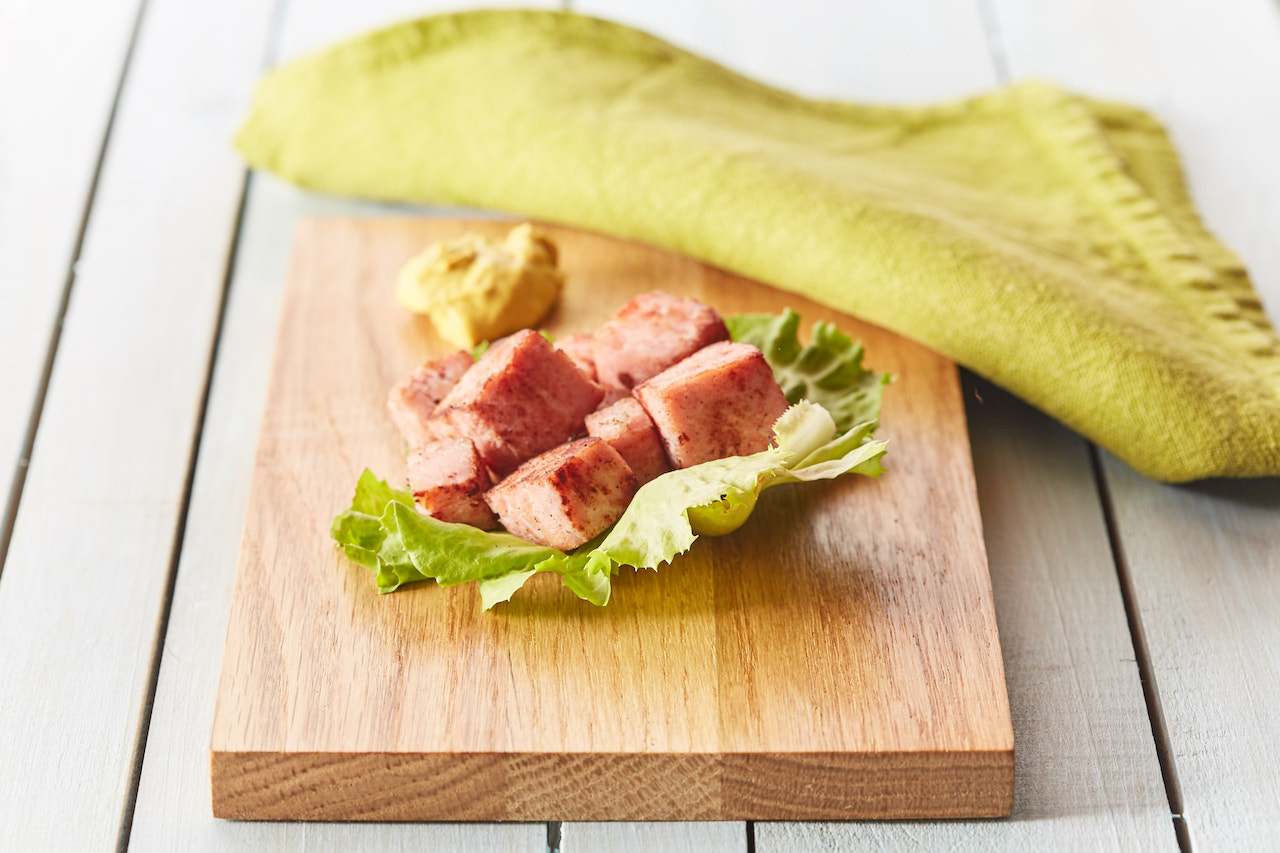